• Bet Zach Wilson u207.5 pass yards vs Bills: When pressured this season, Wilson has a league-low 22.0 PFF Grade, completing 18% of his passes with a 2.9 yards per attempt and the second-lowest EPA/dropback.

In Week 8, we went 2-1 using various data points to bet QB props. Tua Tagovailoa went well over his 1.5 passing TD prop, and Matthew Stafford couldn't overcome another bad offensive line performance, only throwing for 187 yards — well under his 261.5 prop. Our longshot, Kenny Pickett over 1.5 interceptions at +190, didn’t hit as he finished with one interception. Let's look to improve in that department in Week 9. 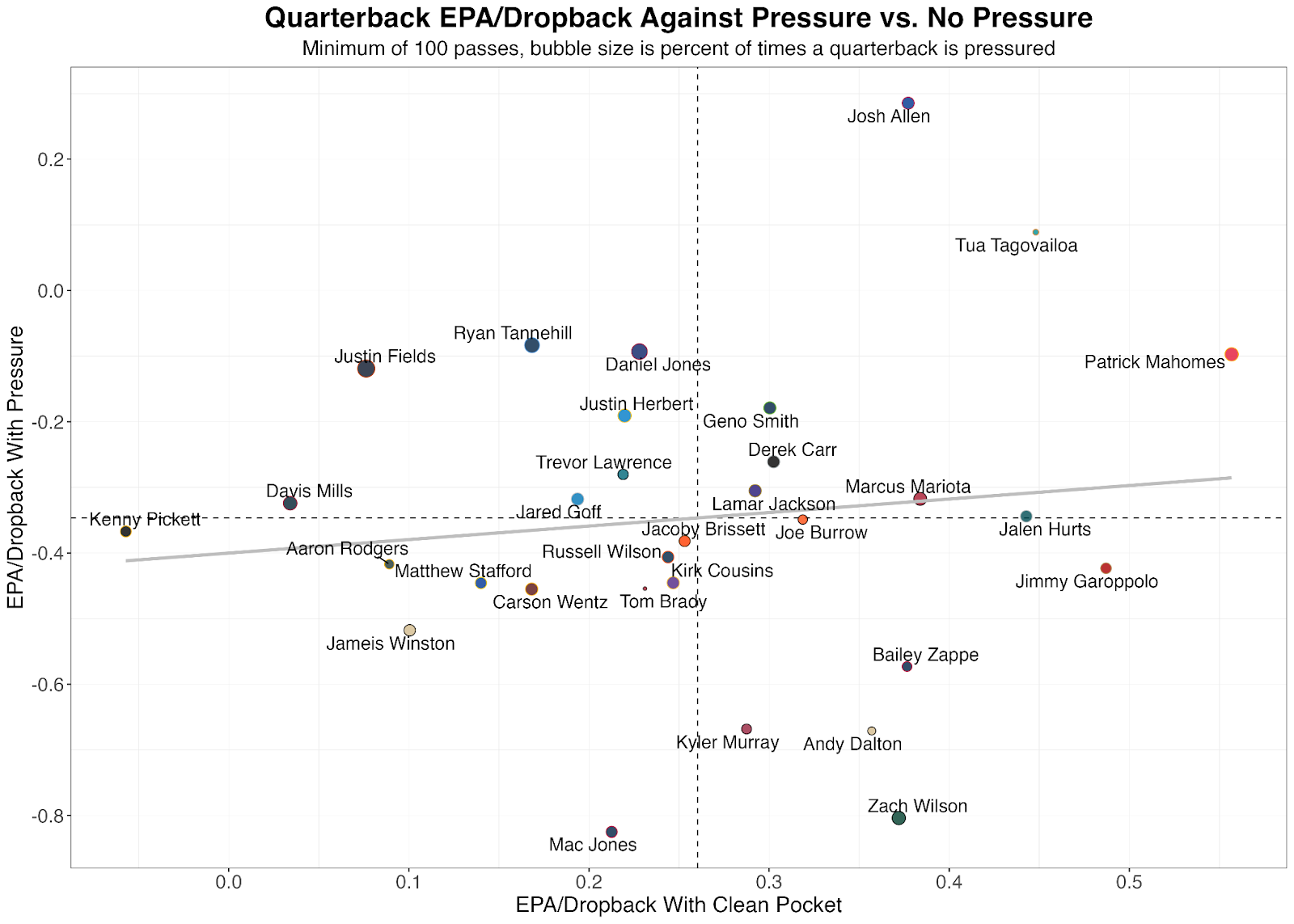 • Zach Wilson Has Struggled When Under Pressure: When pressured this season, Wilson has a league-low 22.0 PFF Grade, completing 18% of his passes with a 2.9 yards per attempt and the second-lowest EPA/dropback.

• The Bills Get a Lot of Pressure: Despite blitzing at a league-low rate of 13.4%, Buffalo's defense has generated the 7th-highest pressure rate in the league (35.2%). While Wilson will be under pressure pretty often in this game, he will be throwing against a back-seven the majority of the time making it even tougher to succeed. 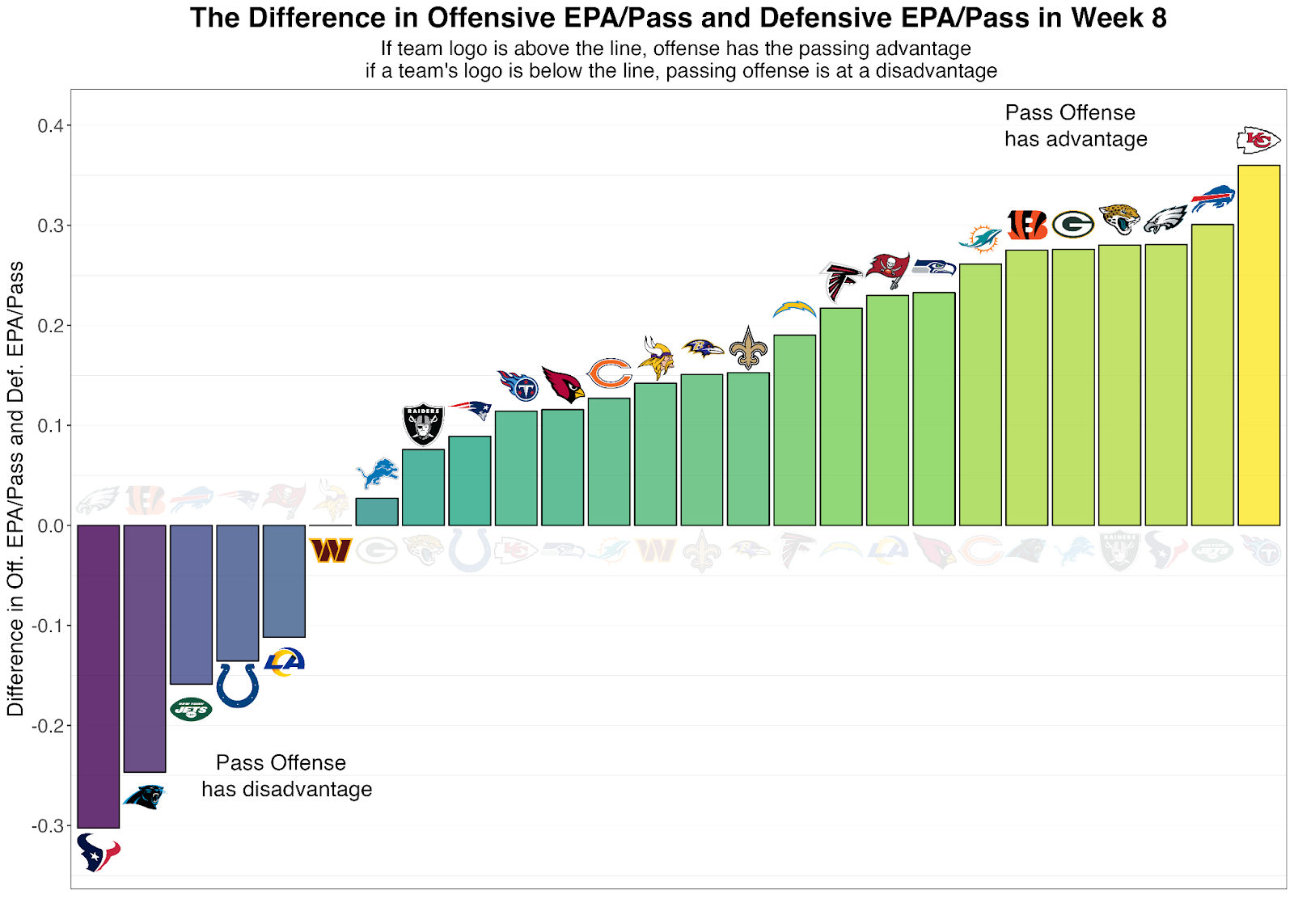 • PFF’s Player Props Tool sees this bet as a +19.6% edge, the highest edge currently listed on the tool. 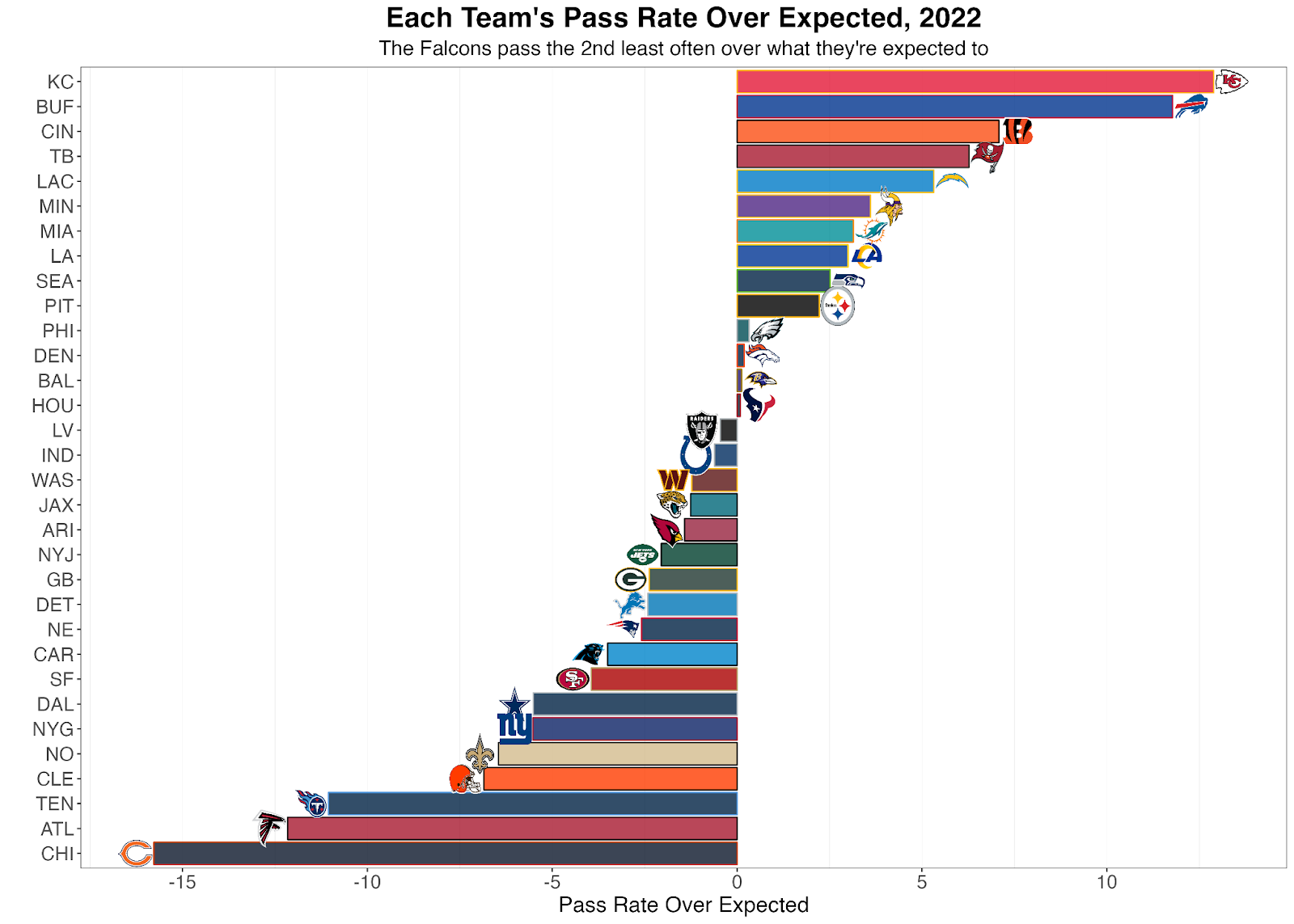 • The Falcons Rarely Pass: When accounting for down, distance, yard line, time remaining, score differential and win probability, Atlanta has the 2nd-lowest pass rate over expected in the NFL — 12% less than a neutral team would in their situations.