• Struggling in SCOE, Steelers allowing second-most passing yards and are down their top two defensive backs. 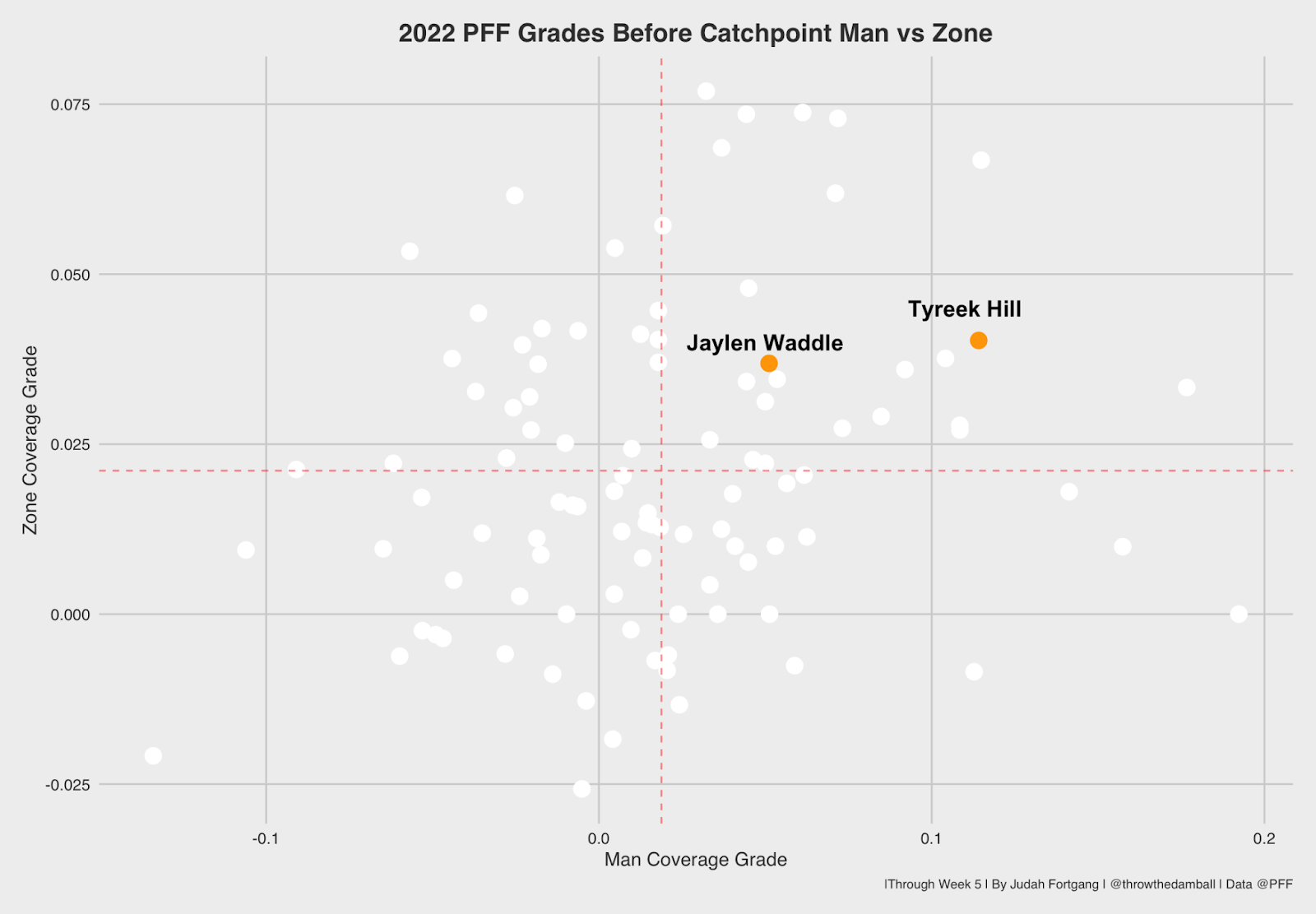 • Tyreek Hill and Jaylen Waddle have been among the best in the NFL at generating separation against both man and zone coverage. Now, for a young quarterback in his first NFL start, the ability for receivers to get open will be key to success to create easy throws.

• Thompson might only need to get the ball into his playmakers hands, as both Hill and Waddle rank top 15 at generating yards after the catch (YAC), and the Vikings are 21st in YAC allowed.

• The matchup is also quite favorable in this spot, where the Vikings are 23rd in EPA per dropback, and PFF’s 28th-graded coverage unit.

We’re going back to the well with this game with a different SGP: 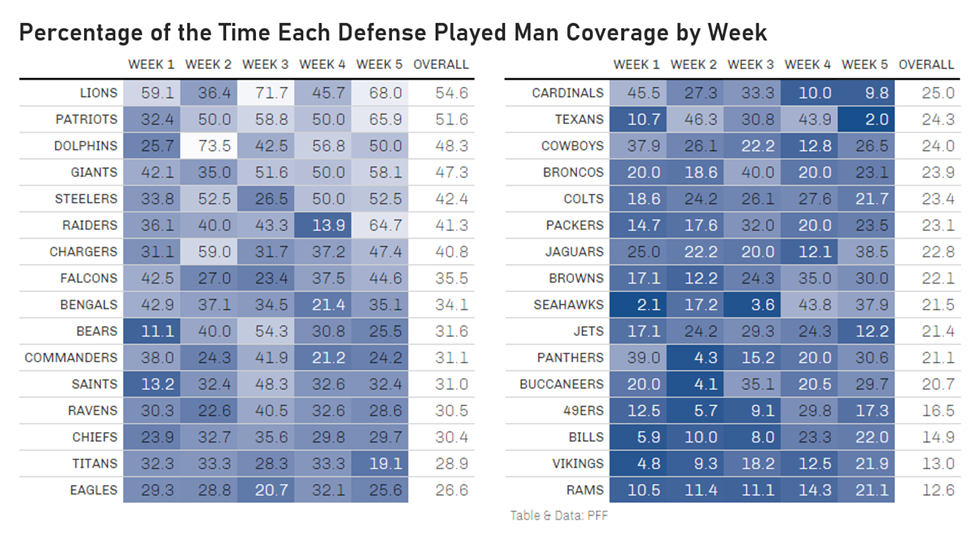 • The Dolphins have played man coverage at the 3rd-highest clip in the NFL. As we studied this summer, man coverage allows the talent to play out, and that’s good news for Kirk Cousins and Justin Jefferson. Cousins is 2nd in EPA against man coverage since we started tracking in 2019.

• And Jefferson? He has absolutely dominated in his career — there is simply no corner who can matchup with him.

• To make matters better for Jefferson, the Dolphins play single coverage at the NFL's 4th-highest rate, and Jefferson has been historically dominant (see graph above).

• Despite only catching one TD this season, Adam Thielen is still 8th in the NFL with 8 red zone targets. This is a buy-low spot on Thielen to find the end zone, with the opportunities present but the results not yet present.

Story: QB Brady goes to the air and puts up huge passing day. 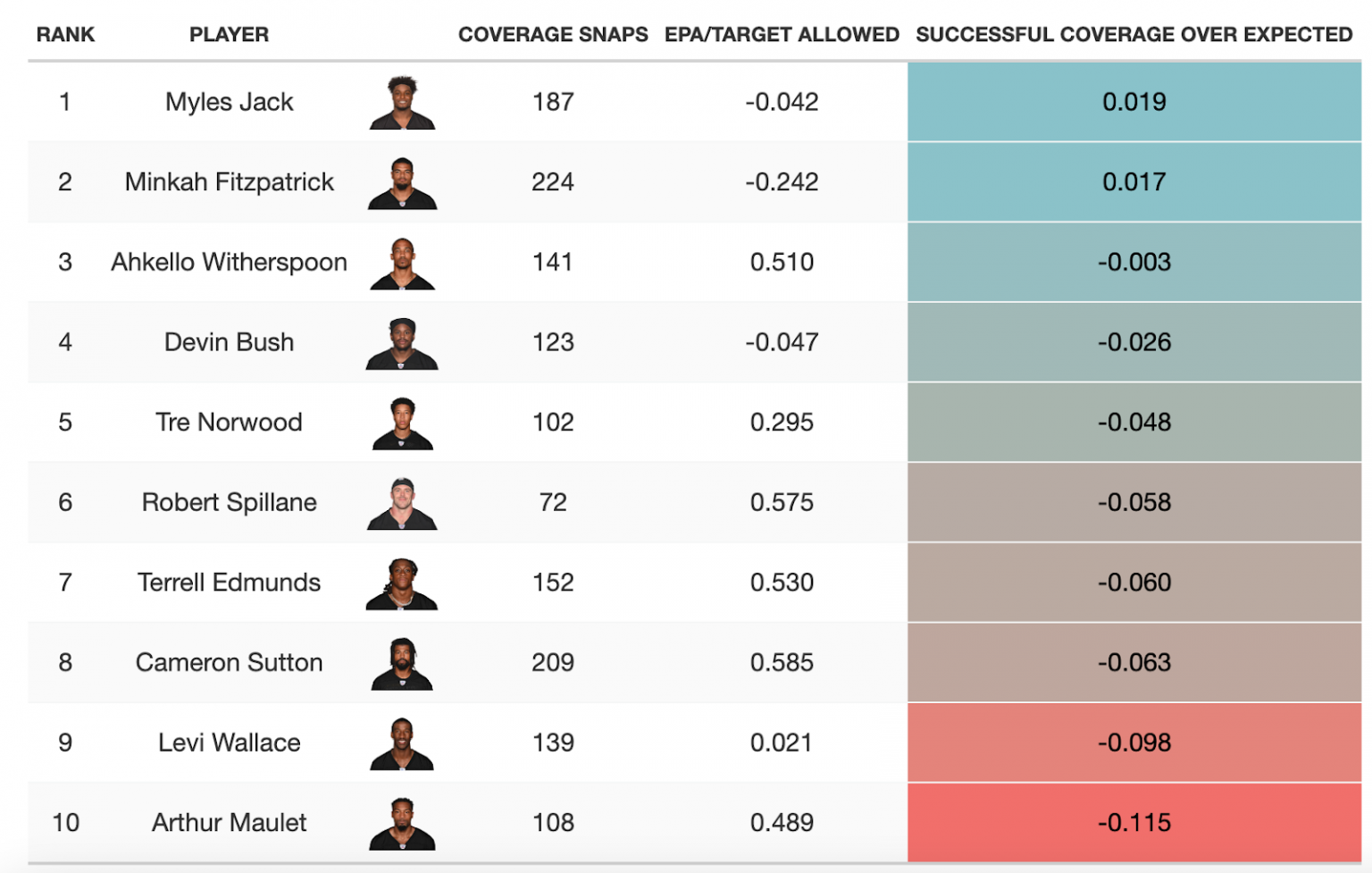 • The Steelers Cornerbacks are off to quite the difficult start in our SCOE metric. It is no wonder the team allows 288 passing yards a game, second worst in the NFL. To make matters worse, their two best secondary players—at least by this metric—are out Sunday with injuries.

• Since Weeks 1-2, when Brady and the Bucs were running well below expectation, the team has passed 13% above expected, only behind the Bills for the highest mark in the NFL. Look for the Bucs to pass early and often against a porous secondary severely outmatched and still looking to play man coverage.