What PFF coverage grades teach us about coverage

• Introducing Successful Coverage Over Expectation (SCOE), a metric created to both show who the best coverage defenders are and help predict future coverage success.

• Among the top cornerbacks in SCOE since 2019: Tre'Davious White, Xavien Howard and Jalen Ramsey.

• Among the top safeties in SCOE since 2019: Justin Simmons, Tyrann Mathieu and Eddie Jackson.

• Among the top linebackers in SCOE since 2019: Fred Warner, Demario Davis and K.J. Wright.

Since the onset of PFF’s “All Coverage” data, we have begun to learn more about coverage — a typically complex facet of football — and its effects on NFL games.

Last month, PFF's Timo Riske wrote a brilliant analysis about the importance of limiting separation in evaluating secondary play, and PFF's research and development interns wrote about perfectly covered plays, illustrating the effects of secondary play as a weak-link system.

Here, we dive into the player-level findings and what they teach us about the nature of coverage and the role coaches and schemes have in shaping coverage play.

Successful coverage is defined by how often a player receives a PFF coverage grade of zero or above, which is assigned on plays where the defender does their job without miscues. How important is an individual player's good coverage to a defense’s production? 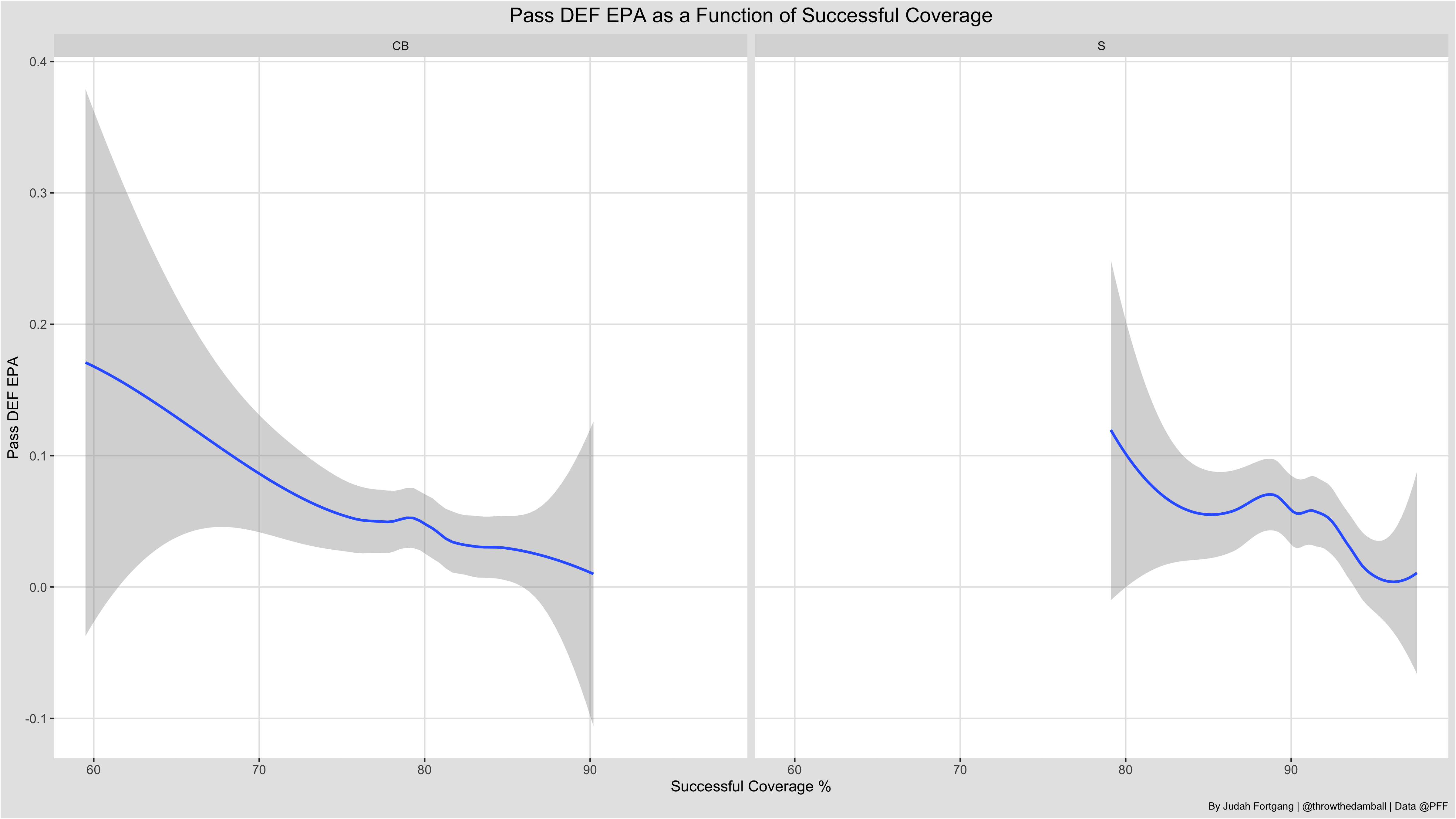 Over the course of a season, raw coverage numbers are fairly meaningful. The better a team is in coverage, as shown above, the better that team's defensive expected points added figure (EPA) will be.

But these raw numbers lack critical context. Successful coverage rate can be skewed by players with easy play-call assignments or difficult matchups. Cornerbacks who play the deep third in Cover 3 are often left on islands while the flat defender stays in the flats, and the deep cornerbacks have to try to avoid getting beat. This is a tougher assignment than that of cornerbacks who sit in a deep quarter in Cover 4, as they have more help over the top and underneath from safeties.

And playing one-on-one man coverage against Justin Jefferson is not the same as playing man against a typical wide receiver. Context is needed to better isolate the best coverage players. So, we created a model that adjusts for these factors to derive a successful coverage metric relative to expectation. We called this metric Successful Coverage Over Expectation (SCOE).