NFL Week 13: Best single-game parlays, including betting on the Eagles to thrive through the air

• Dolphins-49ers parlay: This parlay (+9220) bets on the Dolphins' passing game going off against the 49ers.

• Vikings-Jets parlay: This parlay bets on Mike White Mania continuing for one more week against a lackluster Vikings pass defense.

• Eagles-Titans parlay: This parlay bets on the Eagles' passing game not missing a beat against the Titans, leading to fewer rushing yards for Miles Sanders.

While same-game parlays (SGPs) are big money makers for sportsbooks, that does not mean betting edges don't exist. SGPs offer two unique opportunities unavailable in other markets: They uniquely tell a story that we can create through props, spreads, and totals; and SGPs allow us to combine outcomes that are correlated through a particular game angle, but will not be priced into the odds set by books.

• We talked in Leveraging Tails this week about reasons to buy elite (yes, elite) offenses against great defenses, and this SGP represents another way to capitalize on that angle.

• The Niners have played zone on close to 80% of their defensive snaps in 2022, an area in which both Jaylen Waddle and Tyreek Hill have feasted all season — especially with regard to their ability to generate explosive plays. 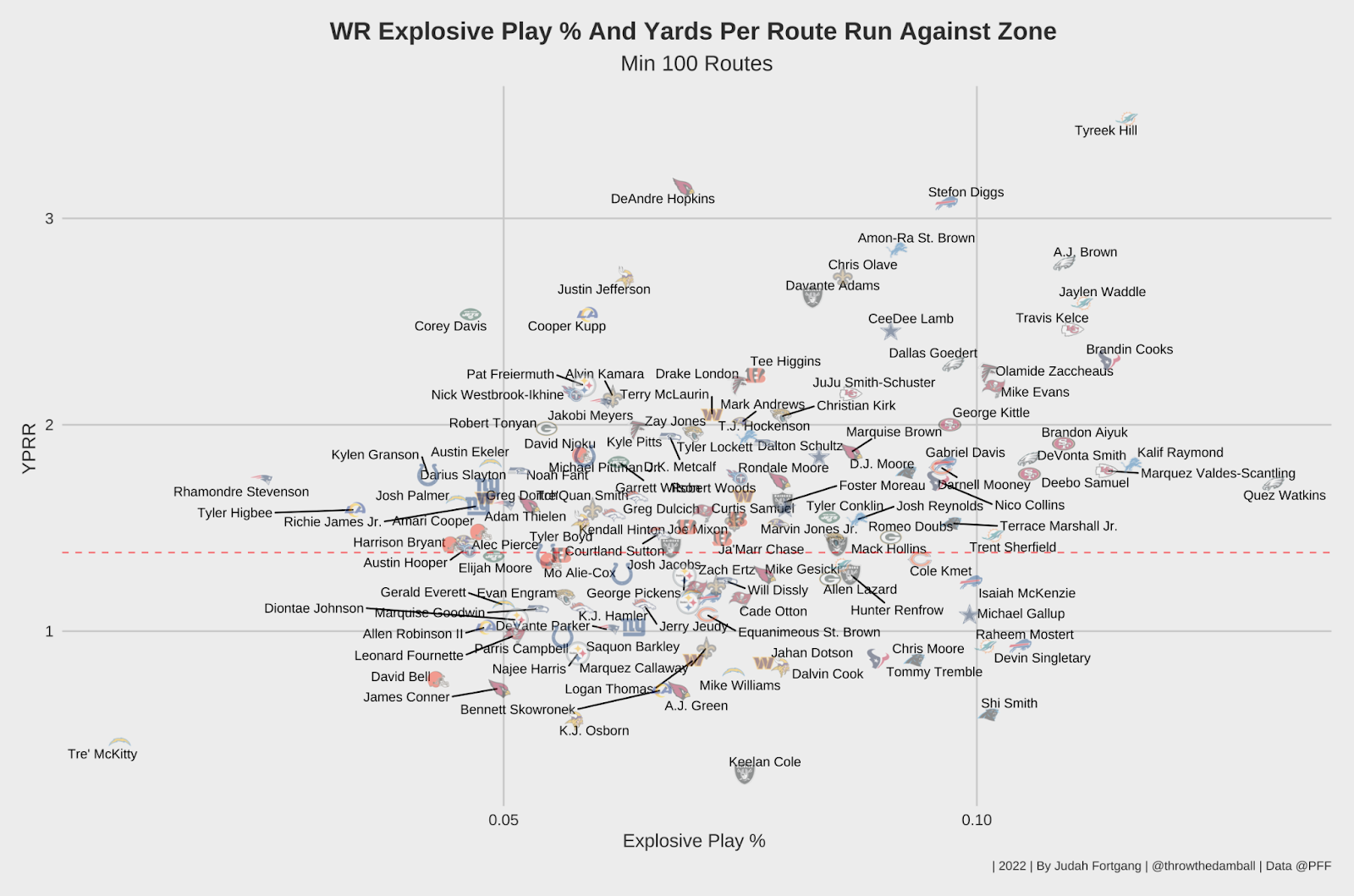 • The Niners have allowed by far the fewest yards per carry (YPC) to running backs this season, surrendering a lowly 3.2 on average.

• The Dolphins will pass often, and we know those passes will go to Hill and Waddle. We’re running back our go-to SGP from this season once more.

• After playing at a league-average level in the first half of the season, the Vikings' defense has really struggled over its past six games or so. 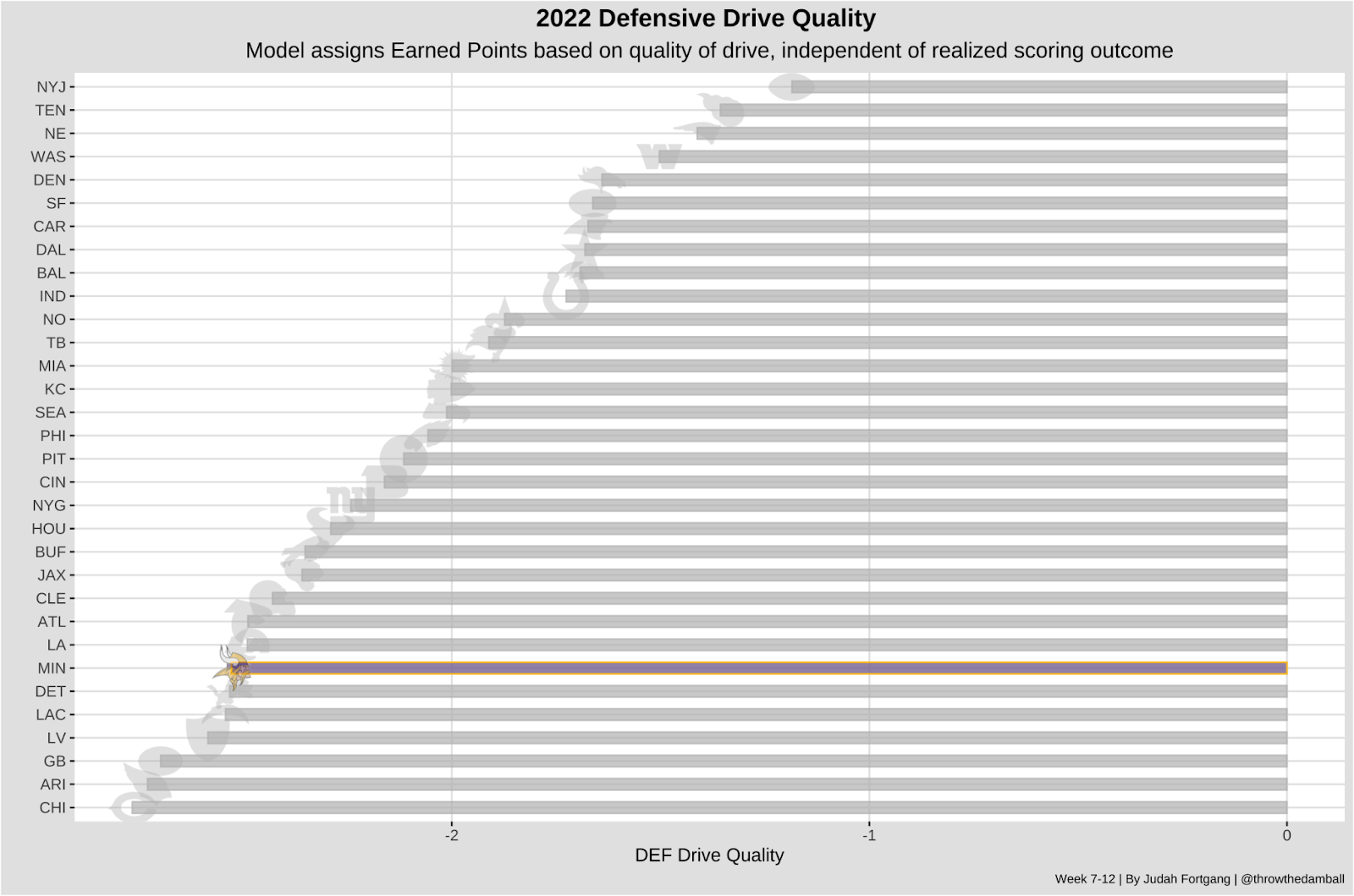 • The run defense is hardly to blame (rush defense EPA has improved from ninth-best to seventh-best). The pass defense, meanwhile, is struggling and dragging down the defense. They have faced the third-most passing attempts in this span (since their bye) and have allowed 300-plus yds to four of the five quarterbacks they’ve faced.

• Jets wide receiver Garrett Wilson should be the beneficiary of a fruitful passing day. Any metric you choose indicates that Wilson has shined, but one that stands out is his third-best PFF separation grade.

• Though a small sample, Wilson was around a 30% target share with Mike White — in line with his target share for non-Zach Wilson games. Look for White to lean on his stud rookie wideout if the Jets are to take advantage of this poor Vikings defense. 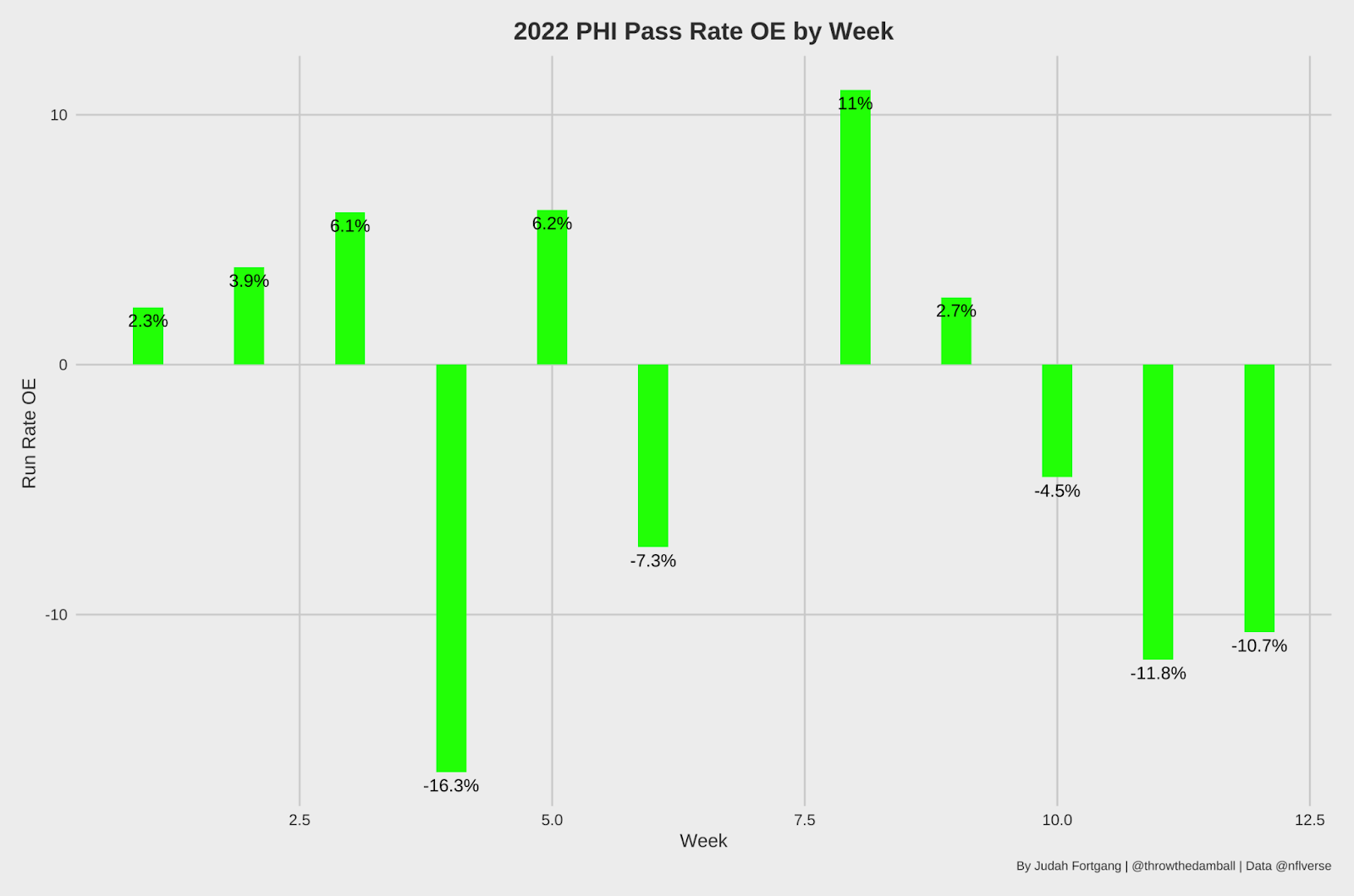 • The Eagles' run-pass ratios are not fixed by week but vary depending on the matchup. Given the matchup, then, this should be a spot where the Eagles turn to the passing game.

• On sheer volume alone, the Titans are allowing a second-worst 267 passing yards per game this season.

• Not only is this a spot where volume should be on the Eagles' side, but Tennessee blitzes only 15% of the time, the lowest in the NFL. When not blitzed, Eagles quarterback Jalen Hurts has been among the NFL’s best passers. 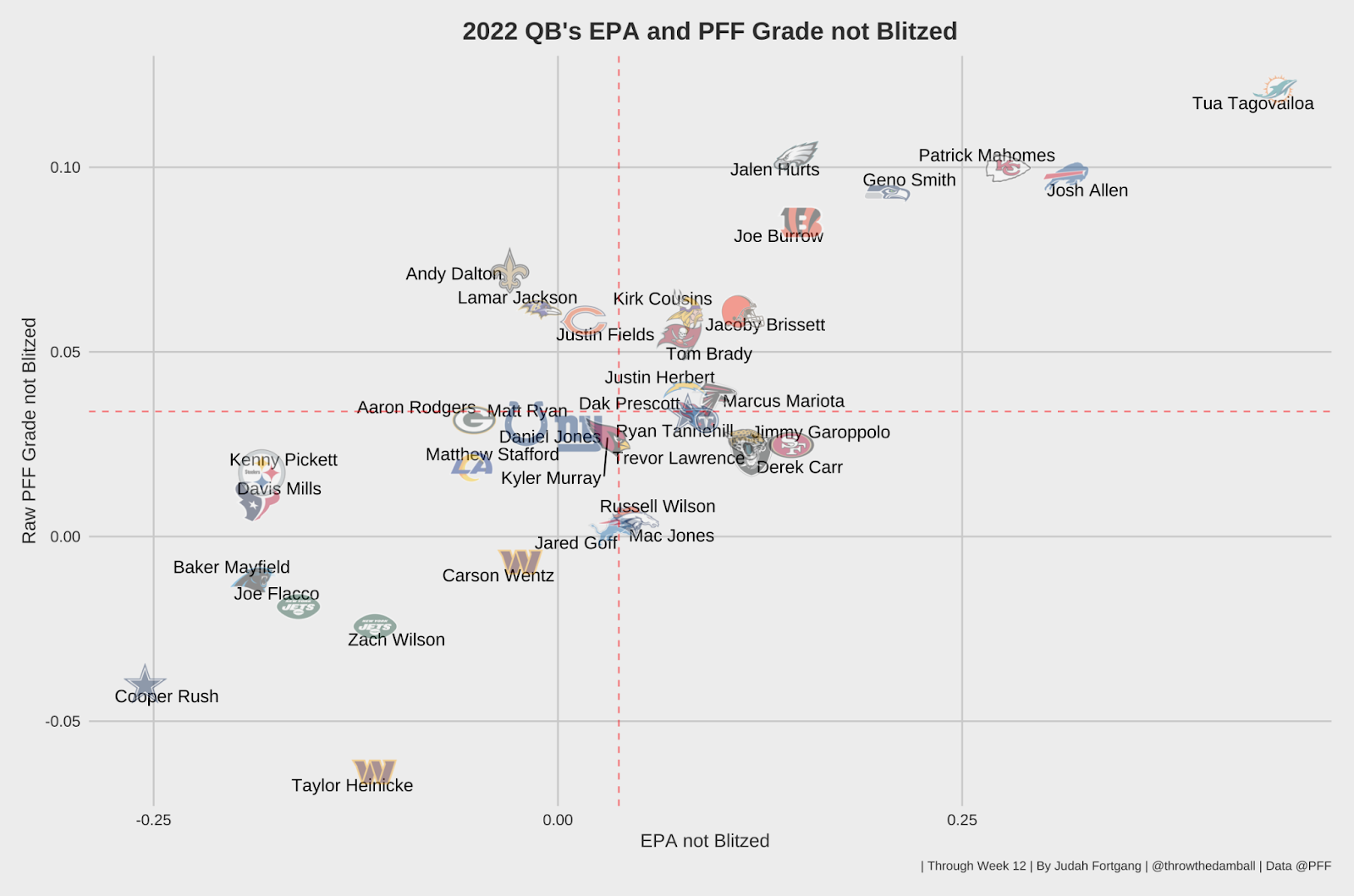 • If the Eagles turn to the air in this game, running back Miles Sanders will likely have less opportunity and fall short of his season-long rushing average —which his current rushing prop reflects.