• With Joe Mixon out and Ja'Marr Chase back in: It's bombs-away Bengals against the Titans, who are 1-3 against winning teams — with the win sealed late on a Carson Wentz interception.

• Burrow has MVP-caliber numbers in obvious passing situations: 0.30 EPA/success rate above 50% on the season.

With Joe Mixon out, Ja'Marr Chase back in and the Titans functioning as the biggest pass-funnel matchup in the NFL, Joe Burrow is set to shine — as he has in obvious passing situations all season. If the Bengals win this game by a strong margin, it will certainly be on the backs of a big passing day from Burrow. 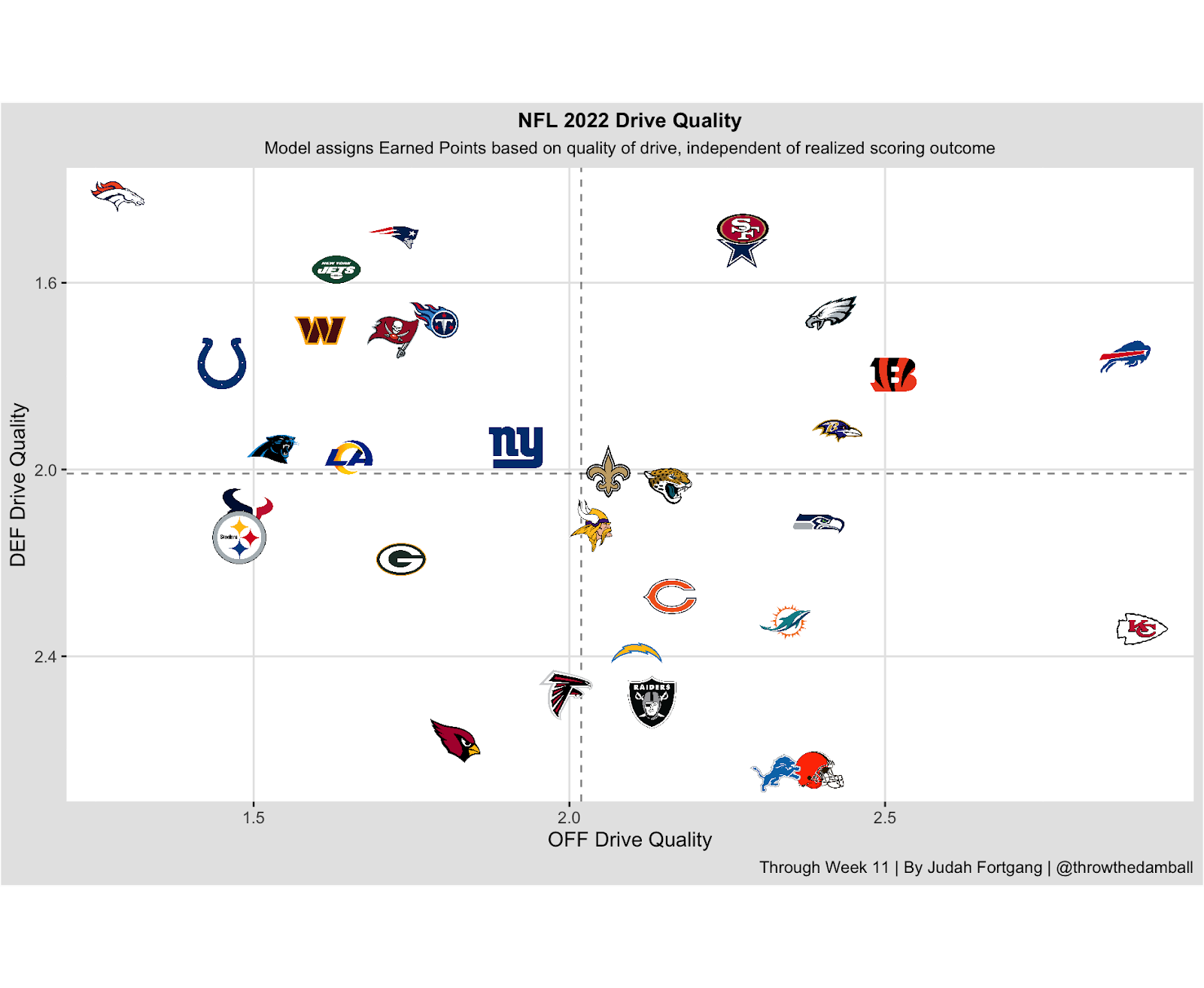 • Bengals have the NFL's 3rd-best offensive Drive Quality (compared to 20th by the Titans) despite losing Chase for multiple weeks: Cincinnati's  offense has performed at a near-elite clip throughout the season.

• The EPA profile of these offenses is similar, with Bengals in top 5, Titans in bottom 10: And both teams share similar profiles on defense, where they're well-above-average units.

But what is perhaps most striking about the Titans is their poor efficiency considering their opponents.

• Tennessee is 1-3 against teams with winning records: And the only win came on a last-second, game-sealing INT in the endzone against Carson Wentz. The Titans have yet to impress in a game against a legitimately good team. It is one thing to beat inferior opponents; it is a whole different story beating superior teams.

• Cincinnati certainly profiles as the more efficient team, but elevating this matchup are the team's tendencies and likely game script: The Titans have the league's top run defense in both EPA and Success Rate allowed. The result is Tennessee's opponents pass over expectation the most in the NFL. 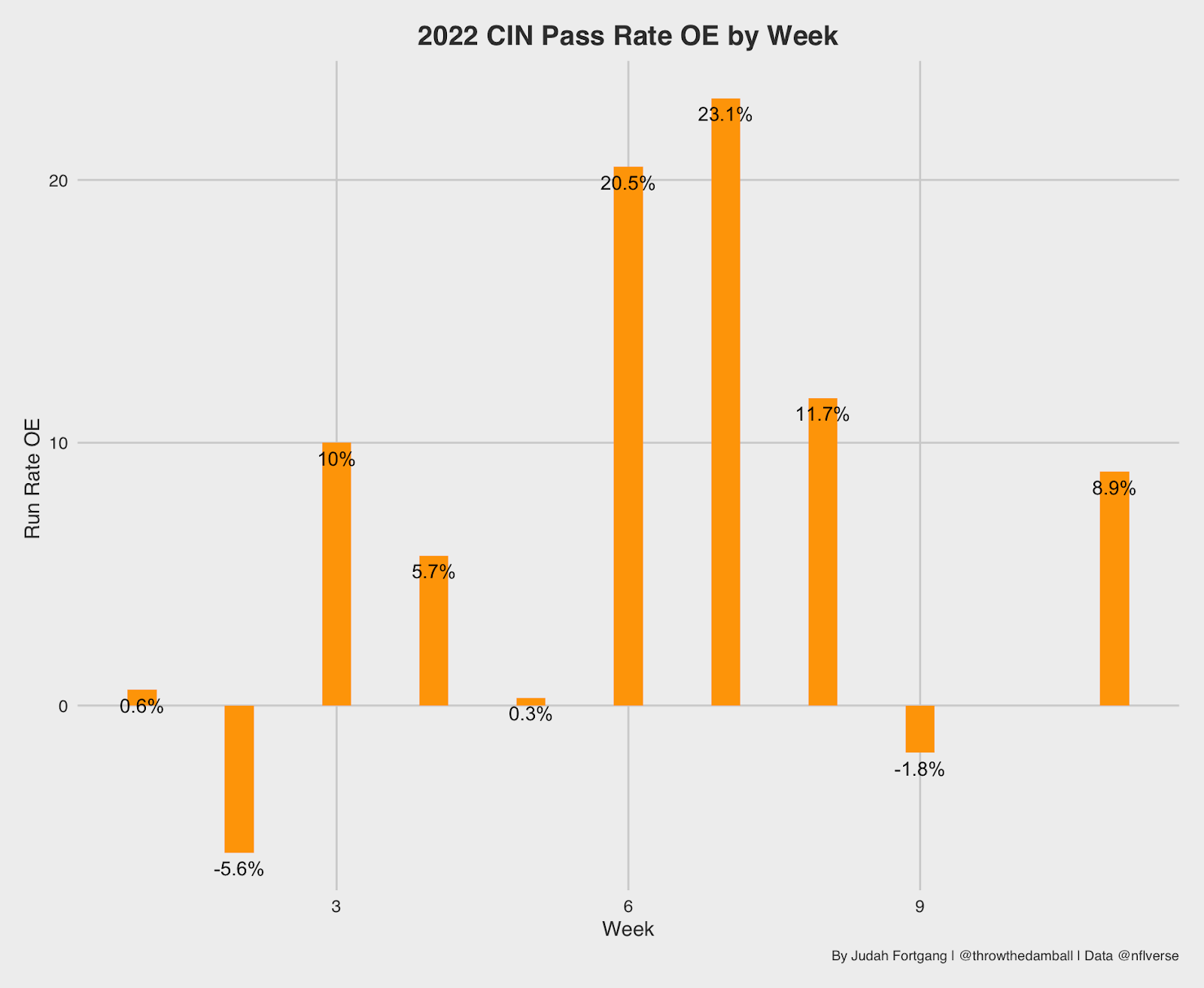 And the Bengals are more than happy to throw the ball if the matchup calls for it, as you can see above. We can expect the Bengals to be throwing early and often in this game. 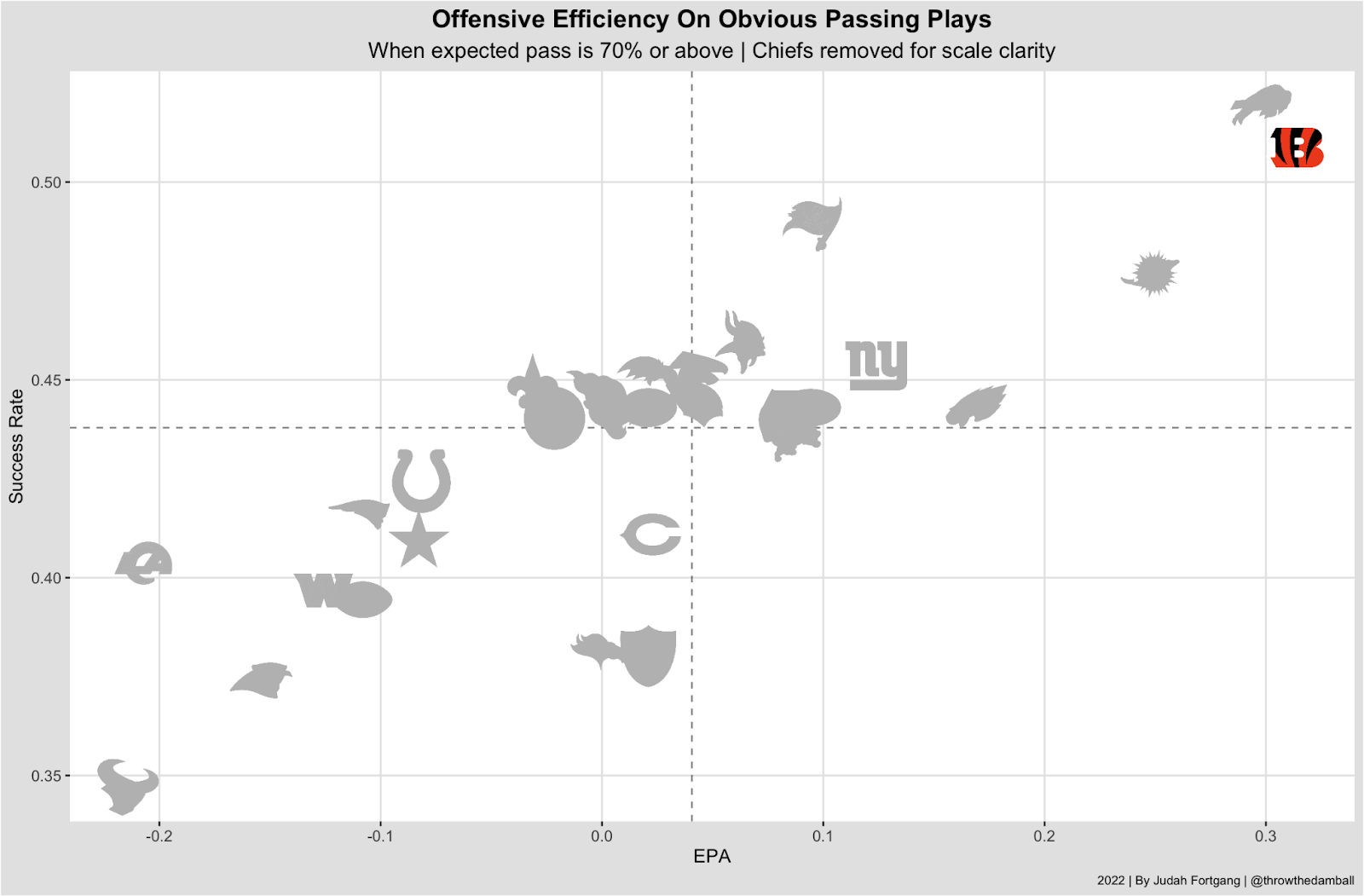 • And even when the defense knows the pass is coming, Joe Burrow is producing at an elite clip: Sustaining a 0.30 EPA and 50+% Success Rate is an MVP-type season. With Cincinnati happy to throw, and the Titans forcing teams to air it out, this is very likely be the set up for this game.