This week is pretty efficient, line- and total-wise, but we've found you some value on both days.

Point (George Chahrouri): The Buffalo Bills have been impressive defensively for the last couple of seasons, and this season the offense morphed into a far more efficient operation. That being said, Deshaun Watson and the Houston Texans deserve more than this. The Texans have the eighth-best offense in the NFL using expected points added per play (the Bills rank 22nd) and Watson ranks ninth in overall PFF grade among 32 quarterbacks (Josh Allen ranks 25th). The better quarterback and offense should be more than 3-point favorites at home. Instead, there is some market love for the Bills, who did not beat a single playoff team this season (they beat the Titans with Marcus Mariota, which definitely does not count). Fade that noise. 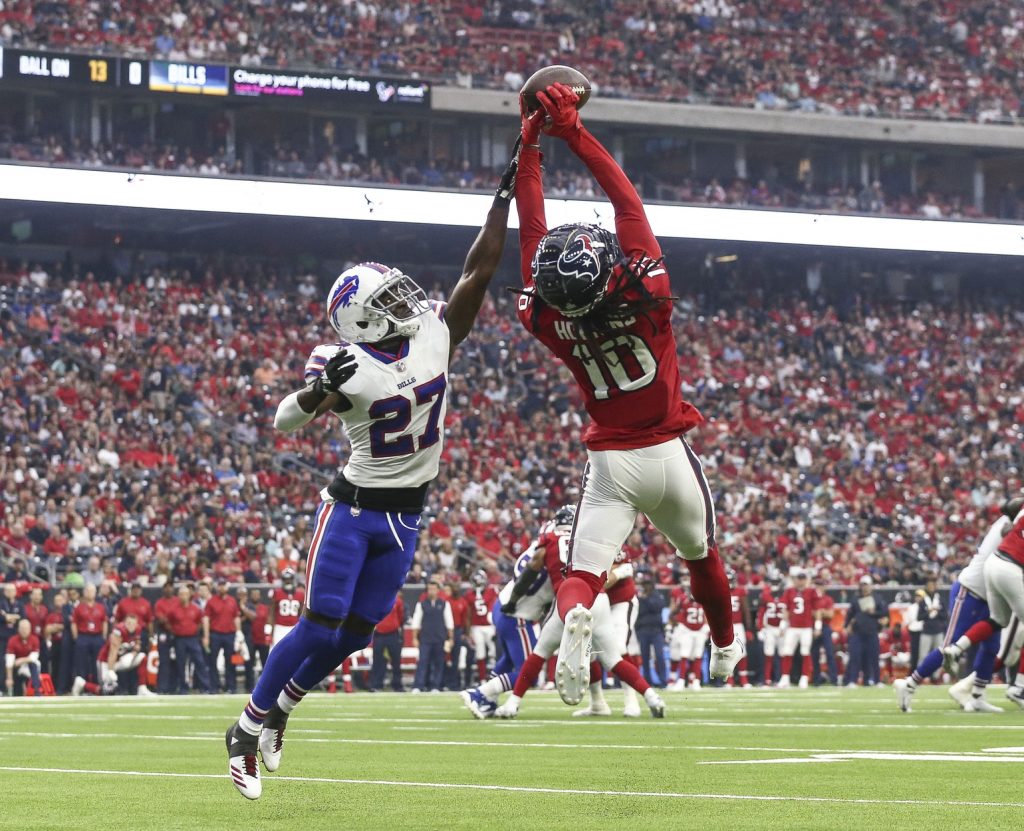 Many will cite how horribly Watson played when these two teams met in Week 6 last season. It was Watson’s lowest-graded game of the season; he made four turnover-worthy plays but was also under pressure on a season-high 56% of his dropbacks thanks to Julie'n Davenport, who allowed nine total pressures in the contest. However, despite all this, the Texans still won that game by 7. The real takeaway from that game was how Deandre Hopkins matched up with Tre’Davious White, as Hopkins drew three penalties against White, which is still a career-high single-game mark for the third-year corner.

With Will Fuller V and Laremy Tunsil back in the lineup, though, Watson will have have the environment he needs to put up plenty of points and win by 3 or more.

Counterpoint (Eric Eager): The Will Fuller availability is admittingly looking good going into Saturday for Houston, and in all honesty, it is the difference between whether Houston is the right side or whether this game is a pass. Even if he does play, though, he’s had two games this season where he exited the contest with an injury having played fewer than 20 snaps, and they failed to cover the closing number in both of those games.

Even if Fuller is healthy, the Bills are one of those teams that are not going to play a loose game with you; they've allowed 400 yards of total offense just twice all season. They have a top-six group in the secondary in terms of WAR, and while they have struggled to stop the run (they are in the bottom half of the league in yards per rush allowed), the Houston Texans’ top back is journeyman Carlos Hyde, meaning that this game will be squarely on the shoulders of Deshaun Watson. While this usually makes me very comfortable, Watson has had his difficulties at times this season, posting PFF game grades of less than 50.0 in three of his 15 starts and under 70.0 in three more. If Tre’Davious White (six interceptions, seven pass breakups, 46.3 passer rating allowed) can hold his own against DeAndre Hopkins, the Texans might have a difficult time separating from the Bills, making laying points a more difficult proposition.