Island games are the highlight of any NFL week for betting enthusiasts. As the industry continues to grow, some of the most discussed moments belong to single-game opportunities.

Week 8 was not kind to our written plays, partly because of the uncertainty surrounding the prime-time matchups. Between the Thursday night, Sunday night and Monday night writeups, we went 3-9 for -6.46 units, though we still sit on the positive side from a units-won perspective thanks to the plus-price targets we frequently identify. Our overall record is 61-68, and we are up +6.84 units through the first eight weeks.

Last week, props leaned toward the under for the seventh consecutive week, though it was the most dramatic lean we have observed so far. At this point in the season, the path of least resistance is to sweat out some unders, even if it feels uncomfortable at times. 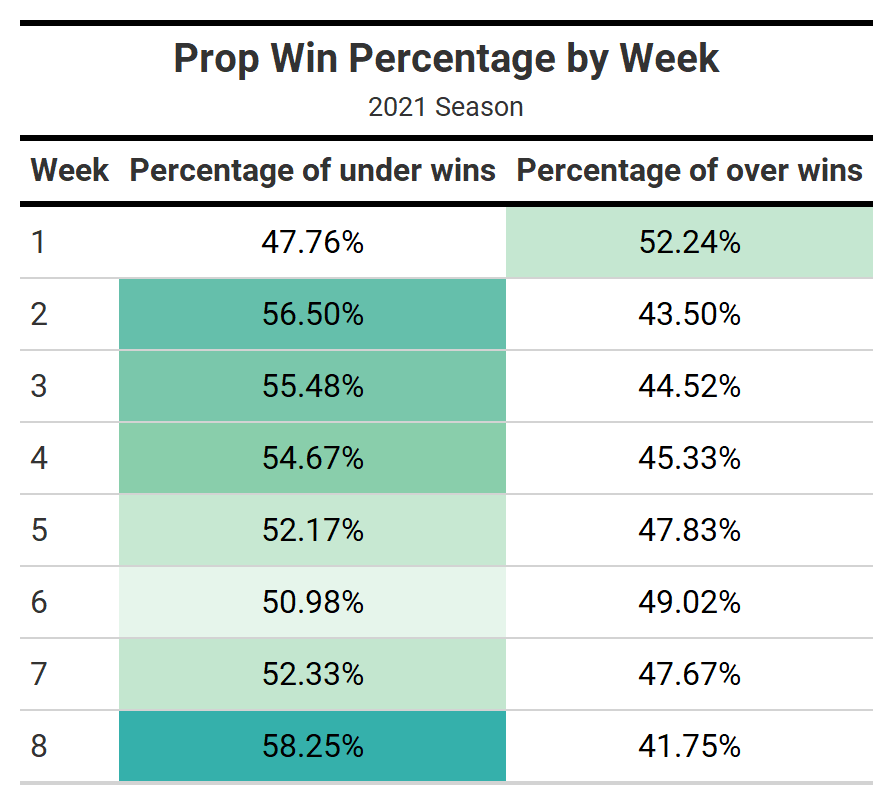 Receiving-yardage unders remain the best props to target. And because target share is somewhat consistent but more difficult to predict than rushing-attempt share, reception totals are also a worthwhile betting category.

For bettors looking to target overs, rushing attempts and combined rushing and receiving yardage numbers present the best opportunities, but we have seen an uptick in interceptions and pass attempts, as well. 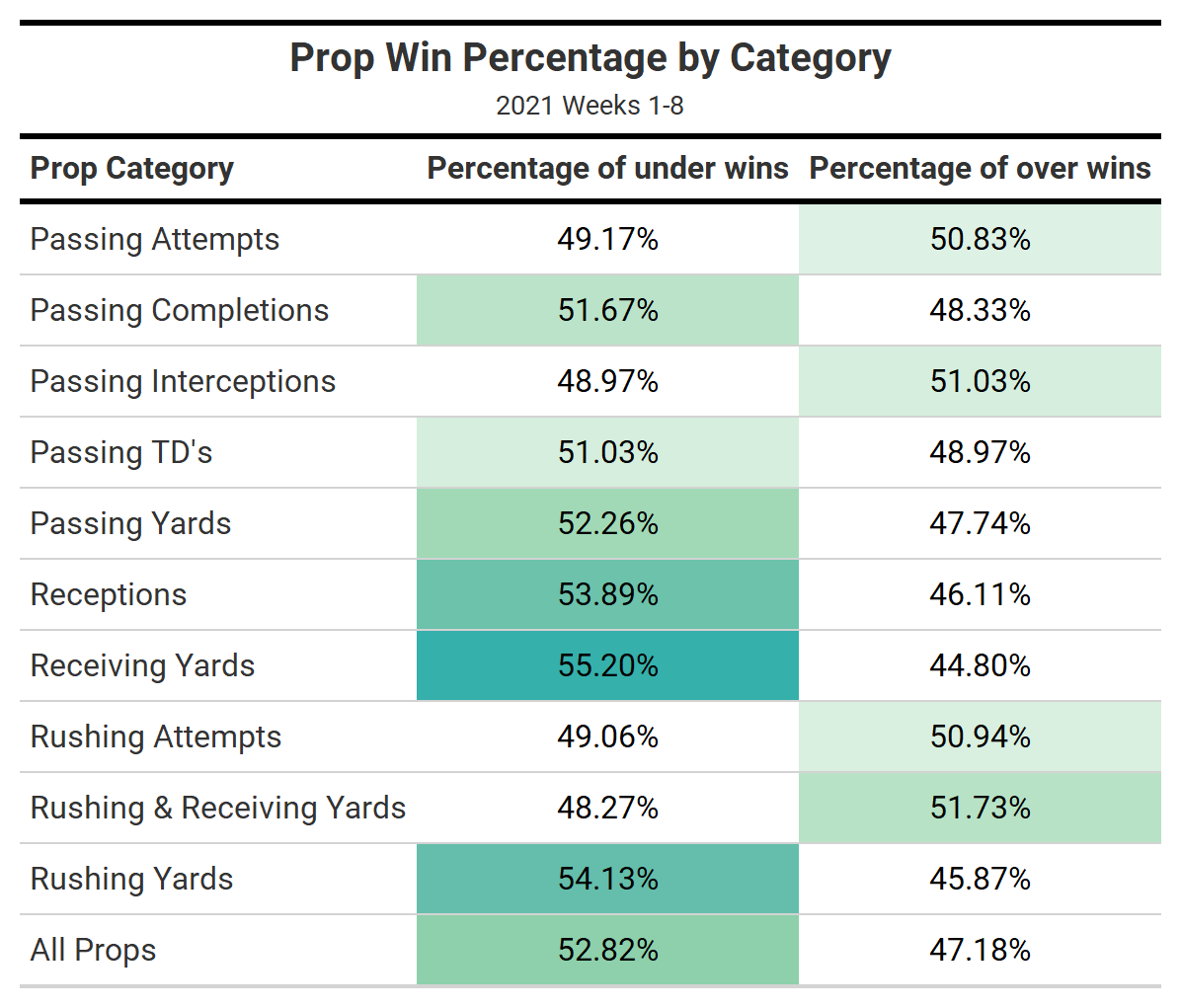 A better way to quantify an edge is utilizing PFF's player props tool, as the ability to adjust both number and price means you are always certain of the expected value for each prop bet. Let’s dive into the best player props to bet for the NFL Thursday night game.

Hines' 27.5-yard total is the lowest of his season, which provides immediate positive expected value.

The Jets have been horrendous against the run this season, as their 40.8 team run-defense grade ranks 30th among all teams. They haven't fared much better in coverage against running backs either, mustering a 27th-place ranking in team coverage grade against the position this year.

So, given the positive game script for Hines and the Colts, the explosive third-down back should have ample opportunity to surpass 28 total yards — and he likely won't need a particularly high-volume workload to get there.

PFF’s Player Props Tool gives Hines a 73% chance to record at least 28 combined rushing and receiving yards and projects him to finish with 32, making this a great bet at -110 odds.

Pittman has officially broken out in his second year in the NFL.

The USC product's 78.5 receiving grade ranks 18th among all wide receivers through eight weeks, and he has firmly planted himself as the Colts' No. 1 receiving option over that span.