• Despite some thinking the wrong team might be favored, the market seems set on holding between -1 and -1.5 Dallas Cowboys in their visit to Minnesota.

• Any movement likely would be in the Cowboys' direction if Minnesota's suddenly-alarming injury situation — with breakout LT Christian Darrisaw and rookie CB Akayleb Evans in concussion protocol — breaks poorly.

• They were dominated in Miami, but the Cleveland Browns +8 visiting the banged-up Buffalo Bills are a Week 11 value, according to PFF Greenline.

Let’s start by checking where the spreads in Week 11 have been at critical points in the past.

To start, let's take a look at the prior week injury information for every team and what that means for their outlook in Week 11. 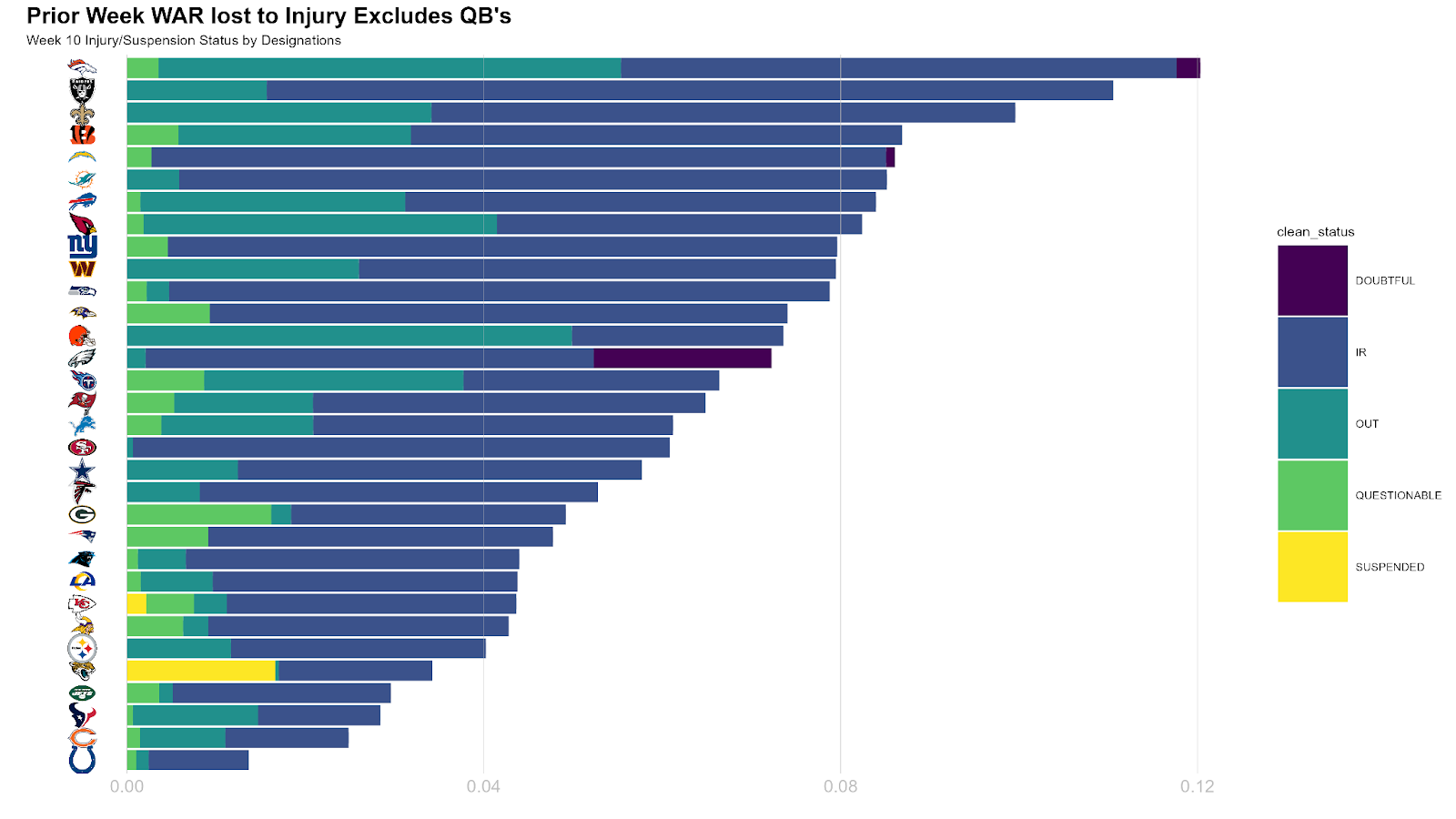 • After emotionally-draining victory, Minnesota returns home with a much cleaner path to potentially gain NFC's top seed: The betting market seems hesitant to crown them this early, as the Vikings are 1-point underdogs to a Cowboys team that's coming off a disappointing let-down OT loss.

• The injury situation for the Vikings has suddenly become alarming: With three key players looking questionable to start the week. Christian Darrisaw would be a significant loss, as he's graded as a top-10 pass-blocking tackle and would be sorely missed facing off against the top pass rush unit based on PFF unit grade.

• Despite some people thinking the wrong team might be favored in this matchup: The market seems set on holding between 1 and 1.5. Any movement could be in the Cowboys' direction if the Vikings injury news breaks poorly. Locking in Cowboys -1 right now does offer neutral (0.0%) value based on PFF Greenline.

• The betting market seems to have digested the Bills' most recent performance as nothing more than a minor hiccup: As the spread continues to push out somewhat close to a preseason high of -9.5.

• Buffalo might have another hole to plug in its defense: LB Tremaine Edmunds questionable with a groin injury. Graded as the best coverage linebacker or safety in the NFL through 10 weeks, Edmunds would be sorely missed in a unit already down Micah Hyde for the season and without fellow starting safety Jordan Poyer (elbow) the past two games.

• PFF Greenline points toward a bounce-back spot for Cleveland: The Browns were dominated coming out of their bye, but they at least are starting to turn over some of their early-season injury concerns. Greenline finds value on the Browns covering the current +8 spread.