For each of the centers below, the closest comparable players were found by measuring the similarity between them based on several features — age (within one year), WAR, previous-year WAR, WAR per snap, PFF pass- and run-blocking grades.

The most similar players across these metrics are grouped together to calculate the expected WAR numbers for 2020 and 2021, and the weight of each comparison reflects the level of similarity. I didn’t use the same number of comparisons for all players as it is more difficult to find a wide range of comparable seasons for older players.

The first plot shows the relevant WAR numbers for each of the center’s closest comparisons, the next displays past and future performance for the free agent based on the comparisons, and the final table shows the dollar values based on positional WAR baselines for each outcome (expected, ceiling and floor) through 2023.

Centers have secured larger contracts in recent years, yet Jensen might not be in line for the biggest deal entering his age-31 season. Centers such as Alex Mack have held up well into their 30s, but other former Pro-Bowl talents have fallen off at this point in their careers. 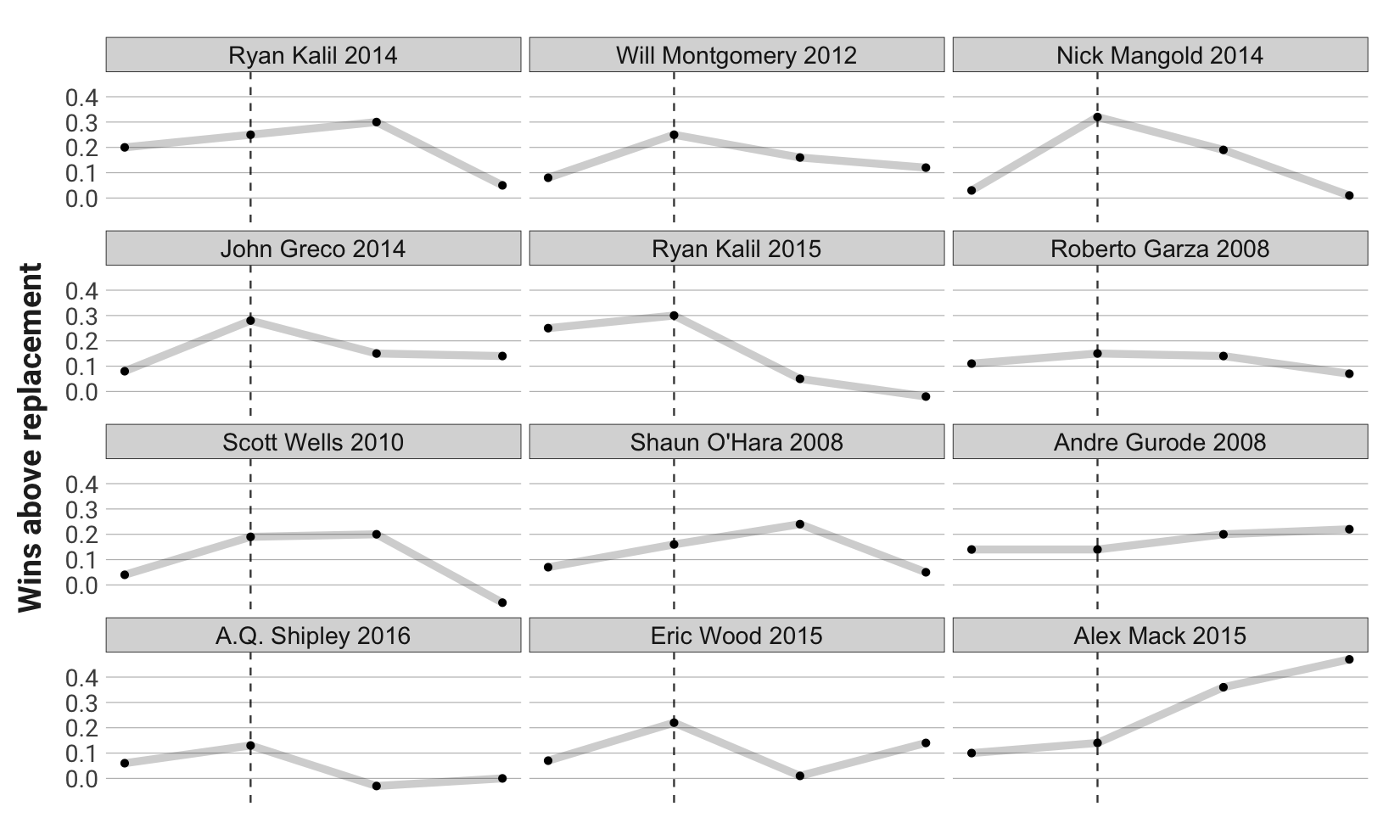 We project Jensen to maintain strong production for another season, but the risk of rapid decline sets in thereafter. That said, Jensen’s ceiling is elite play for another few seasons. 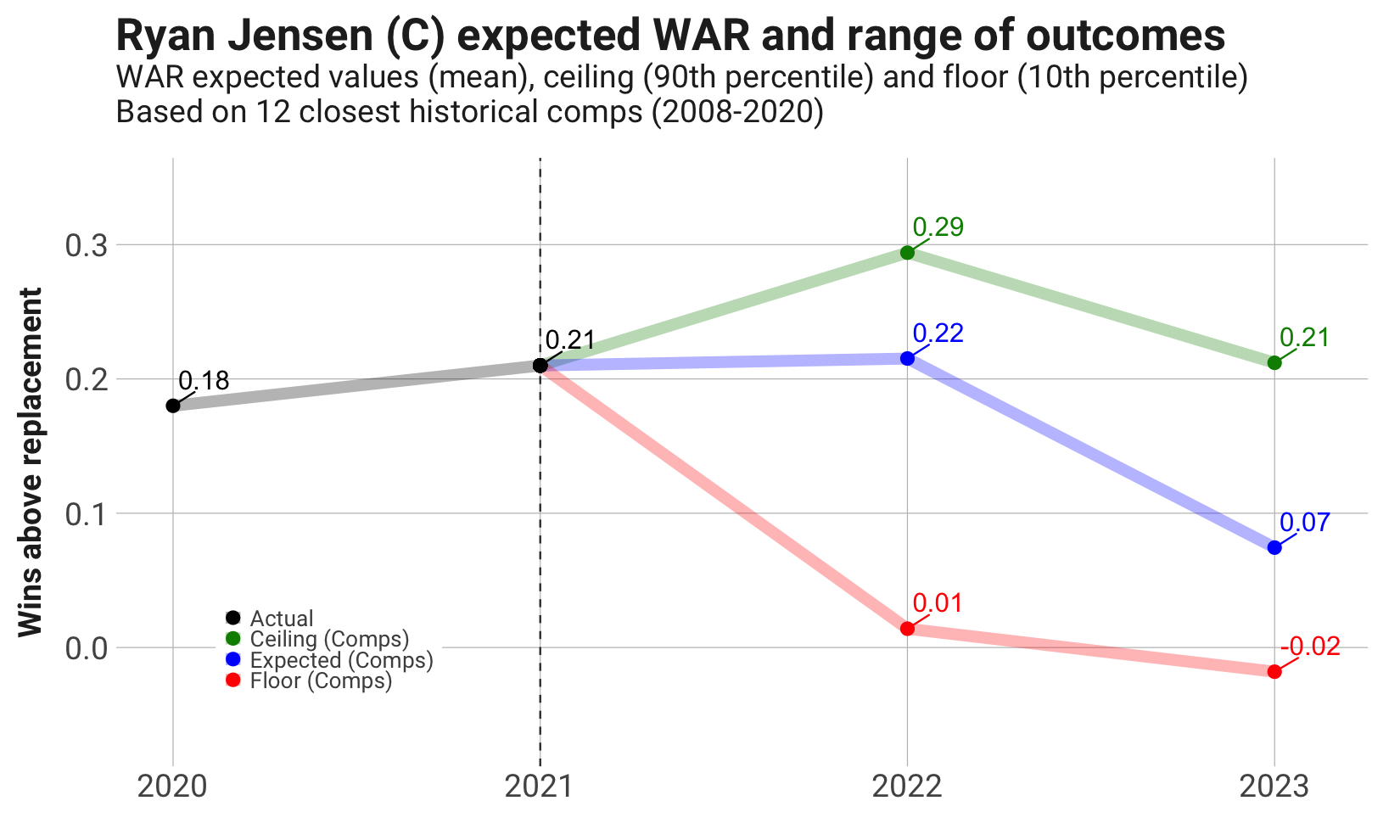 We project Jensen will sign for around $10 million per season for three seasons. This looks to be a slight discount to his baseline numbers and a substantial discount to his ceiling performance.