Landover, Maryland, USA; Washington Football Team guard Brandon Scherff (75) at the line of scrimmage against the Seattle Seahawks during the first half at FedExField. Mandatory Credit: Brad Mills-USA TODAY Sports

For each of the guards below, the closest comparable players were found by measuring the similarity between them based on several features — age (within one year), WAR, previous-year WAR, WAR per snap, PFF pass-blocking grades and PFF run-blocking grades.

The first plot shows the relevant WAR numbers for each of the guard’s closest comparisons, the next displays past and future performance for the free agent based on the comparisons and the final table shows the dollar values based on positional WAR baselines for each outcome (expected, ceiling and floor) through 2023.

Scherff was already playing on his second franchise tag in 2021, and he continued to play at a high level. It’s difficult to find 12 appropriate and comparable players for a player of Scherff’s quality, but the names below are fairly representative. 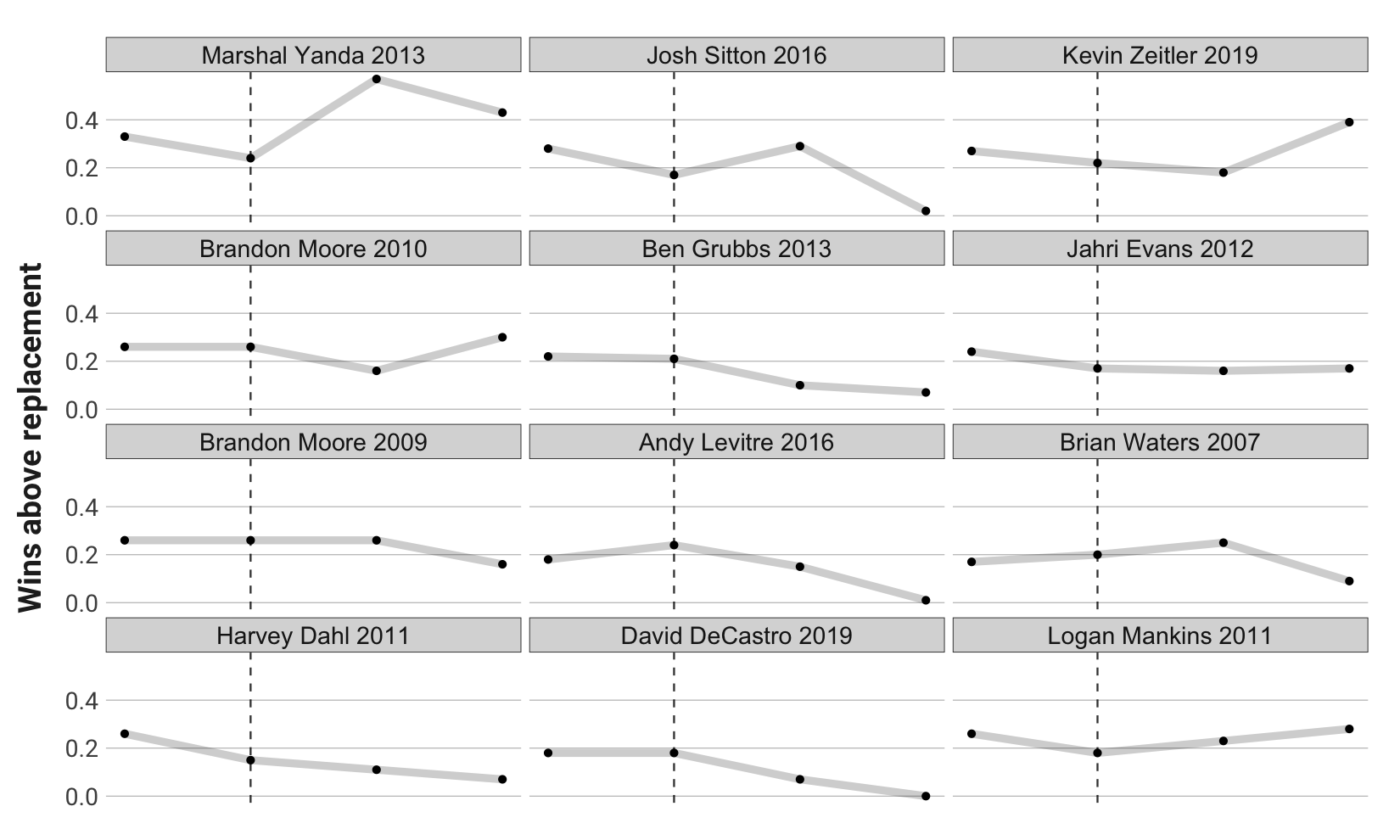 Scherff’s WAR production fell in 2021 as his pass- and run-blocking grades fell from career-highs last year. Scherff still was still one of the most valuable interior linemen in the NFL. 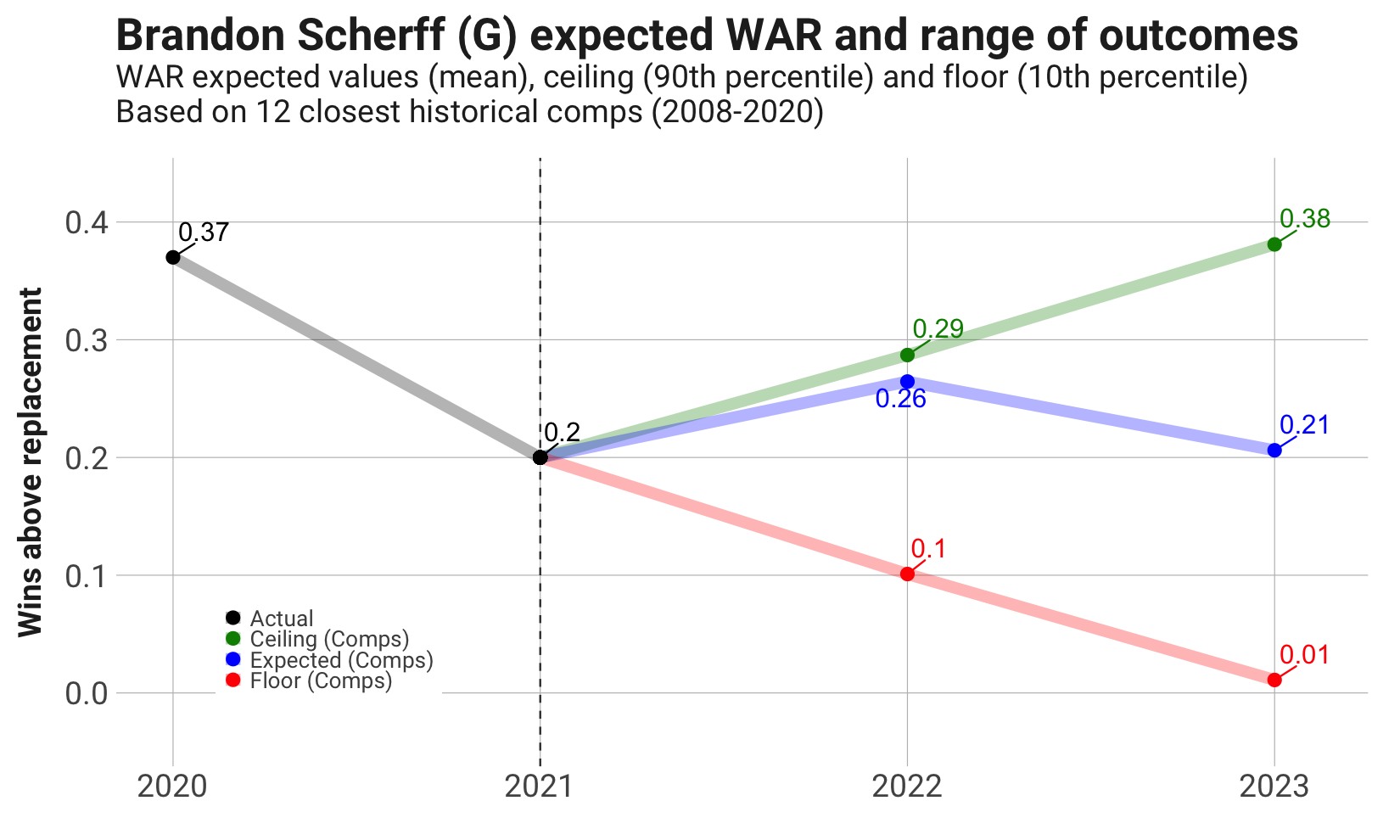 We project Schertt will sign for around $17 million per season for three seasons. The Washington Commanders placing another franchise tag on Scherff is borderline cost-prohibitive at over $18 million.