The gauntlet has been thrown down.

After progressing through an increasingly challenging series of defenses, the notoriously poor Cincinnati Bengals offensive line somehow survived the playoffs. Now, the front five has to prepare for its greatest challenge yet: A Los Angeles Rams defensive front that includes Aaron Donald, Von Miller and several other game-breaking pass-rushers.

On a player-for-player basis, this trench matchup might well represent the most lopsided contest of the 2021 NFL season — and it’s happening in Super Bowl 56. However, from a schematic standpoint, one can make a case that the Rams' front five might present a very clear schematic advantage that Joe Burrow & Co. can tap into. 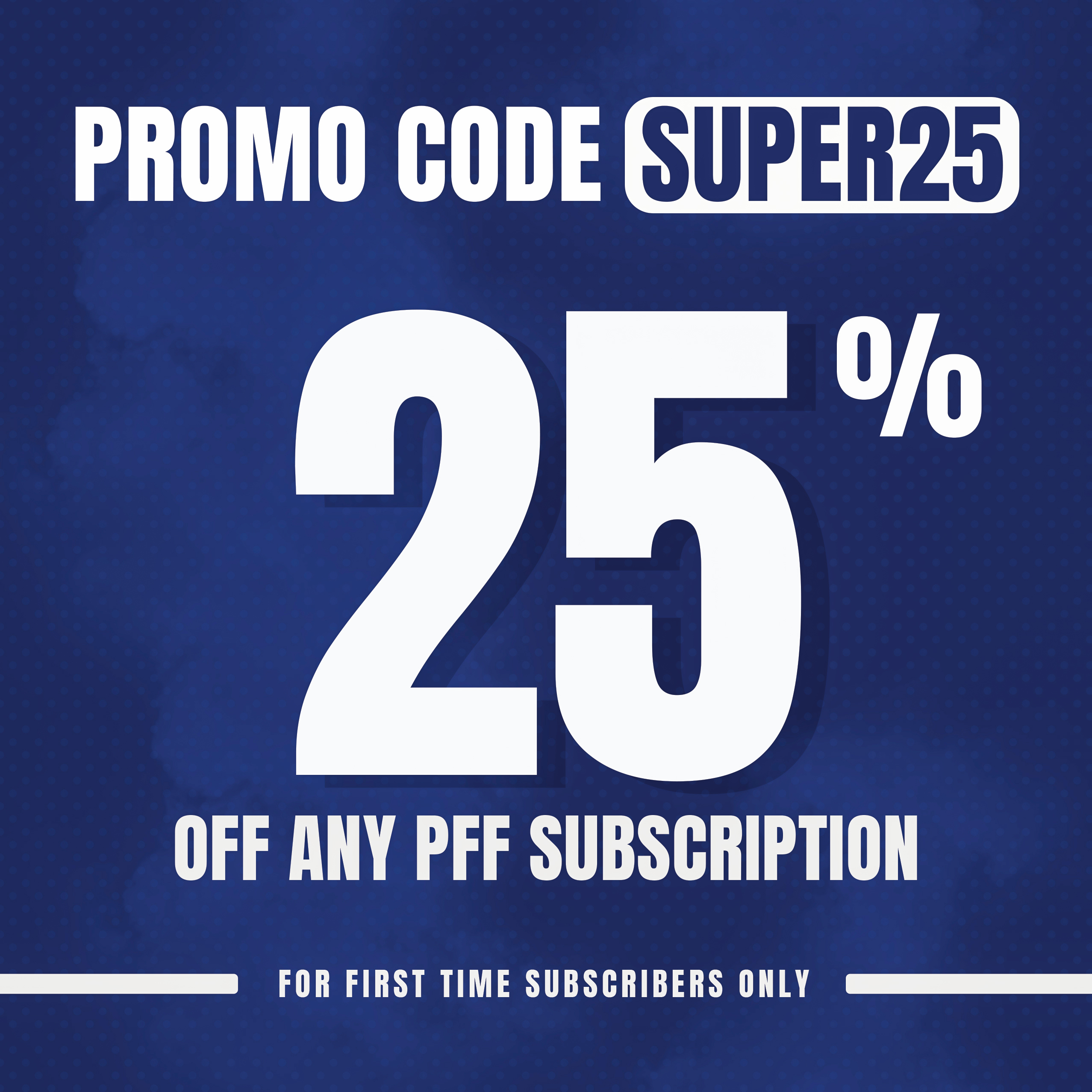 It's no secret that the Cincinnati offensive line is a mess right now. And even though quarterback Joe Burrow was sacked only once against the Kansas City Chiefs in the AFC Championship Game, the offensive line was the root cause for all that went wrong offensively.

A week after allowing a colossal seven sacks against the Tennessee Titans, the Bengals' front five allowed 16 total quarterback pressures against the Chiefs — 13 hurries, two hits and one sack.

Across three postseason games, the Cincinnati offensive line has given up nine sacks, four hits and 24 hurries.

The reason the numbers aren’t worse is that quarterback Joe Burrow caught onto the situation quickly against the Chiefs and started to throw the ball as soon as he possibly could — it was one read and done.

During the second half and overtime of the AFC Championship Game, Burrow averaged just 4.3 yards per pass attempt on 15 non-play action, non-screen, non-RPO dropbacks — and this was when the team was driving to win the game.

The team simply cannot protect Burrow on straight dropbacks, and he knows it. So, he's resorted to getting the ball out quickly, even when he's not feeling the pocket collapse around him.

On the play above, the read for Burrow is the Mike linebacker, No. 53. When he opens to Burrow's left, the quarterback knows to read out the two-receiver concept to this right. The goal is to create a high-against-low bind on the weakside linebacker, No. 50.

We can see that Burrow does not let the route concept play out. Instead, he immediately throws to his tight end.

The Rams, however, present an entirely different style of defense than the Bengals have seen this season. Most NFL teams play with four down defensive linemen; the Rams play with five on early downs.

Aaron Donald, Von Miller, Leonard Floyd, Greg Gaines and A’Shawn Robinson can get the better of any lineman the Bengals can trot out. But all of them being on the field together gives more space for the Bengals to attack quickly, and that's their only hope in Super Bowl 56.

The key is Robinson. When he is on the field, the Rams will line up with a five-man unit. When Robinson is off the field, they run a classic four-down front.

Robinson is a solid player. He’s put up a 78.2 grade in the playoffs so far, but the Bengals will need him on the field. He’s played 85 of the Rams' 179 snaps this postseason, and 57 of their 79 first-down snaps.

Playing with five defensive linemen creates space in the second level of their defense. On plays where they do rush all five players, there are holes on either side of their linebacker.

This is perfect for the Bengals' quick game concepts and routes. Over the regular season, Burrow finished fourth in the league on quick-game passing concepts, so it is part of Cincinnati's repertoire.

When the Rams want to rush only four players, it means either Von Miller or Leonard Floyd has to stand up and walk out. And while the defense might have more presence at the second level on these plays, neither Miller nor Floyd will welcome being put into space often.

The Rams allowed the seventh-most expected points added (EPA) allowed per play on quick-game concepts in the regular season. So, the Bengals' game plan should be to run the ball just enough to keep the Rams in those five-down fronts so that they can effectively move the ball through the air whenever they get a favorable look.

The Rams are even more unique when looking at the safety rotations they use in five-down units. With Robinson on the field in 2021, the Rams either played a two-high safety coverage or span down late to a one-high safety coverage 73% of the time. They don't often align in a 5-2 box like most teams that utilize a five-man front; they present more of a 5-1 box.

The play below against the Seahawks shows what happens when they want to keep both safeties deep. And even though they drop an edge rusher, there is still space in that second level.

When they want to rush five and spin to a single safety coverage, there is even more space: 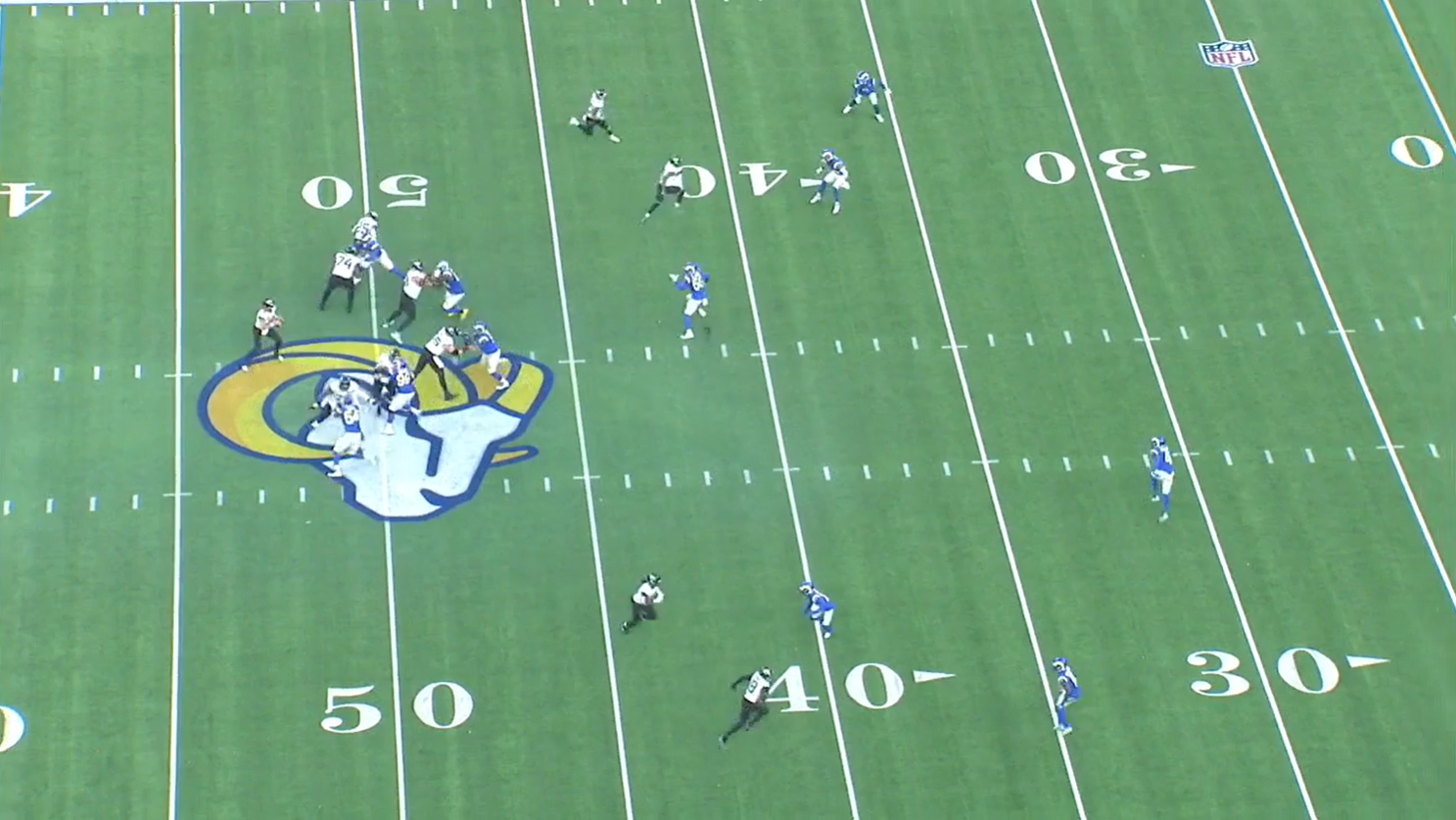 The defensive line the Rams want to put out on early downs consists of truly astonishing players, but the Bengals can get them into uncomfortable situations by keeping them in these looks.

The Bengals have been throwing the ball way more on first down as the season has gone on. However, they plummeted back to a 60% first-down run rate against the Chiefs — up 13 percentage points compared to their two previous playoff games. They probably need to hit a 30-40% first-down run rate to keep the Rams on their toes a bit but still be able to attack their heavy front in the passing game.

On paper, the Rams will present an enormous problem for a Bengals line that has struggled enormously this season. And yet, there is a path to success. Instead of dropping back, protecting with five blockers and trying to hit downfield concepts, Burrow & Co. needs to bypass the line entirely and throw quickly into the space the Rams will surrender by lining up with a heavy front.