The NFL is a matchup-driven league. Offensive coordinators are always looking to scheme their playmakers into one-on-one situations against a defender, while defensive coordinators will attempt to do anything in their power to upset the timing and rhythm of the opposing signal-caller. 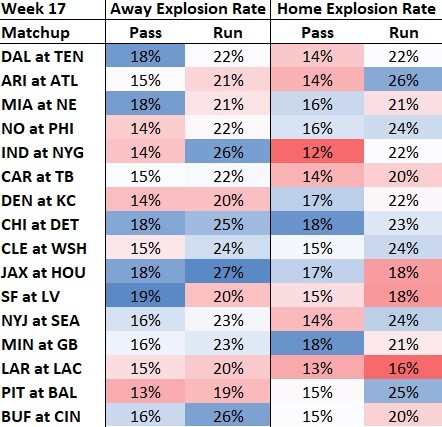 Friendly reminder Patrick Mahomes is one of a kind: Mahomes currently leads the NFL in passing yards (4.720) and passing touchdowns (37) alike. His 2018 campaign remains his personal gold standard, but this 2022 season stacks up favorably against any other edition that we’ve seen. The reality that this is happening just months removed from the Chiefs shipping a consensus top-five wide receiver in Tyreek Hill to the Dolphins makes the production even more incredible.

This year marks the fifth time that Mahomes has thrown at least 35 touchdowns in a season. He’s also on pace to clear the 5,000-yard mark before the end of next week’s contest against the Denver Broncos. Don’t forget that Mahomes continues to average north of 20 rushing yards per game and has already scored a career-high four times on the ground this season while continuing to regularly massacre opposing defenses from outside the pocket.

DraftKings Sportsbook currently lists Mahomes (-500) as a rather steep favorite to take home the MVP award. Joe Burrow (+700) and Josh Allen (+800) are the only other two signal-callers within earshot. More prolific performances in AFC West matchups against the Broncos and Los Angeles Chargers could go a long way toward clinching the award once and for all.

To dome, or not to dome: Jared Goff has started 29 games for the Lions over the past two seasons. He’s resembled the best version of himself when able to play from the friendly confines of a dome, while outdoor elements have likely triggered some Jeff Fisher-induced PTSD for the 28-year-old veteran:

Up next is an absolute smash spot against the Bears’ 31st-ranked scoring defense. The Lions have served as a hotbed for fantasy points all season thanks to their combination of great offense and terrible defense. Goff has ripped off three top-four fantasy finishes in his last four games, so he again profiles as a legit upside QB1 against this bottom-five secondary in explosive pass-play rate (16.6%, No. 28), yards per attempt (7.7, No. 30) and contested-target rate (13%, No. 28).

Mike White is BACK: Good news New York Jets fans: White will be under center for the team’s Week 16 matchup against the Seattle Seahawks.