Week 11 was dominated by the top talent at wide receiver, with Keenan Allen, Adam Thielen, Robert Woods and Tyreek Hill among the top scorers at the position. Our blowup model liked the opportunity for Thielen, Damiere Byrd and Davante Adams to outperform their salary expectations, and they did by finishing in the top 10 for fantasy scoring. Our model identified the wrong Carolina wide receiver, as Curtis Samuel and D.J. Moore finished with top-10 performances instead of Robby Anderson.

Travis Fulgham was a complete miss, and he now has duplicate weeks scoring 1.8 fantasy points despite seeing seven targets last week. Jakeem Grant was the only other write-up that didn’t at least pay off his salary expectation, but this was again not due to his target volume.

Justin Jefferson, Amari Cooper, Mike Williams and Rashard Higgins all had respectable games that paid off their salaries but didn’t provide the ceiling-breaking performances needed to win a GPP contest. Hunter Henry found the endzone for the second straight week, which is all you need from the tight end position at this point. Jordan Akins saw a high rate of targets and turned into the best low-priced tight end option on the slate.

Week 11 saw the majority of games go under their total for the second straight week. We have a number of higher total games this week, but the distribution of some games on the low side once again brings our mean down. This is different from last week — the range of totals is much more condensed.

Expect heavy ownership on the Chiefs and Buccaneers game, with the Raiders and Falcons being the next most popular contest. Ownership should be low outside of these situations, with our blowup model finding numerous options from these lower total games. Let’s dive into my favorite pass-catching options for Week 12 based on our blowup model. 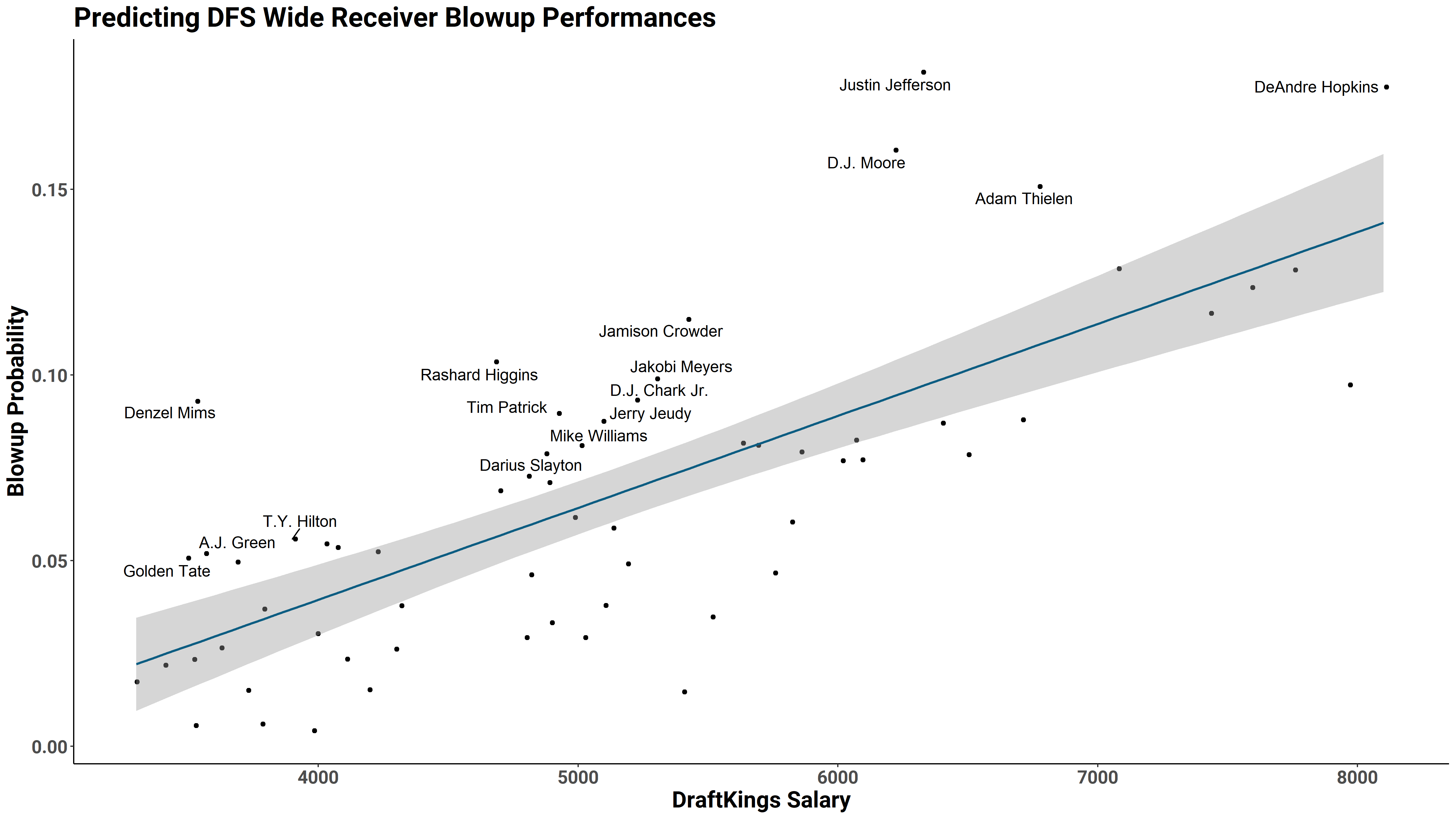 The top-priced wide receiver set for under 10% ownership is always noteworthy when they are popping up on the blowup model. Hopkins is coming off a relatively quiet Thursday night performance, where most DFS players thought he would explode against our 28th-ranked Seahawks defense. This was only the second game where Hopkins saw a target on under 20% of his routes, with the pace not conducive to a shootout as most expected.