It’s time for the Week 10 fantasy football waiver wire. Fantasy waivers can often make or break your season. Making the right decision on which players to add and drop is crucial, so we have you set up with a deep list of potential waiver wire adds for Week 10.

Jameis Winston, TB (5-10%) — It isn't pretty, but Winston continues to put up big numbers and has over 1,000 passing yards over his last three games.

Derek Carr, OAK (5-10%) — The offensive success in Oakland has helped Carr produce solid numbers over the last month. He should continue to roll with a favorable slate of games ahead.

Devin Singletary, BUF (25-50%) — Buffalo finally flipped the switch last week and went with Singletary as their lead back. He's the top add on the board this week.

Damien Williams, KC (15-30%) — The Chiefs have moved away from LeSean McCoy and leaned heavily on Williams last week. Be careful and avoid overvaluing him. His stats certainly pop, but most of those numbers came on one play.

Ronald Jones, TB (15-30%) — The theme of the week is running backs trending up. Jones is on that list and also got the vote of confidence as the lead back from Bruce Arians.

Kenyan Drake, ARZ (15-30%) — It's a fluid situation in Arizona, but Drake's debut performance in Arizona means he should be owned in all formats.

DeVante Parker, MIA (15-30%) — With Preston Williams out for the season, Parker is now the top clear top receiving option in Miami. That at least puts him in top-40 territory for the rest of the season. 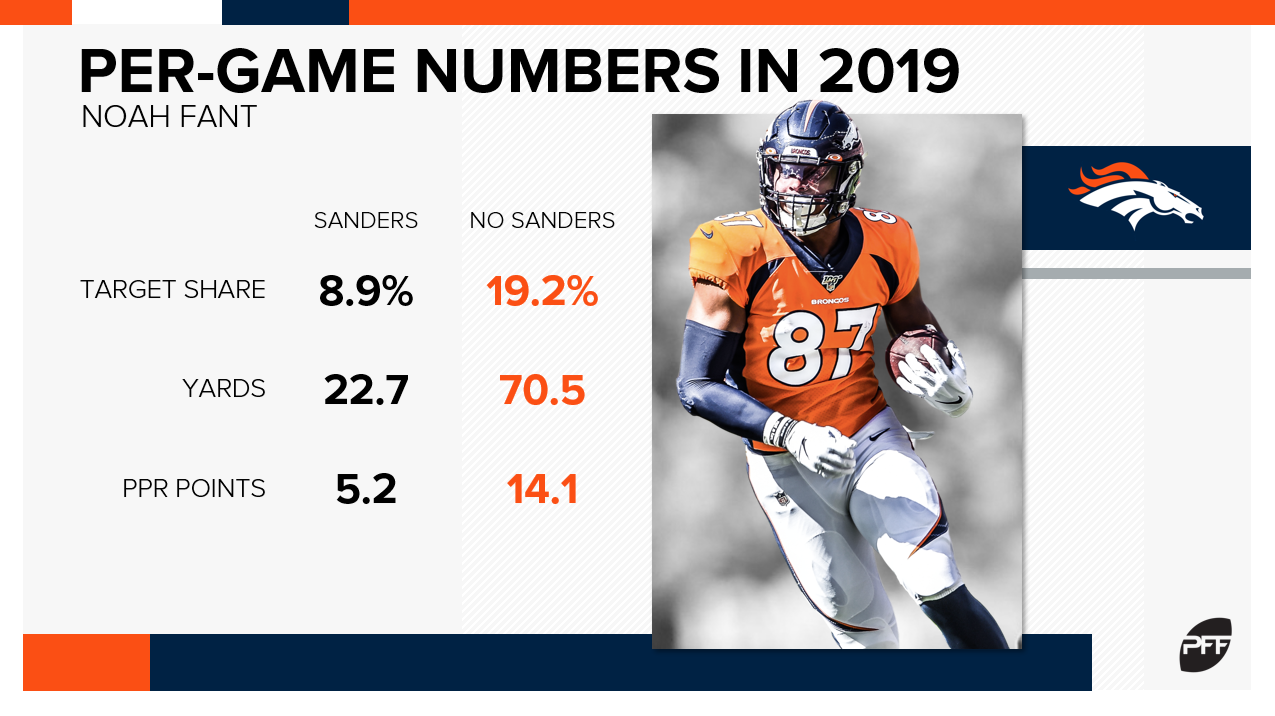 Noah Fant, DEN (5-10%) — Athleticism was on full display for Fant last week. He's trending up over the last two weeks, ranking sixth among tight ends in fantasy scoring over that span.

Dallas Goedert, PHI (5-10%) — The Eagles lead the league in 12-personnel usage, which should keep Goedert in the top-15 range of fantasy tight ends going forward.

Jared Cook, NO (5-10%) — Remember him? Cook should be back on the field this week and will have Drew Brees throwing him the ball.

Jimmy Garoppolo, SF (3-5%) — With the 49ers offense clicking, Garoppolo is in the mix as a streamer option with matchups against the Seahawks and Cardinals over the next two weeks.