The fantasy options most helped by their division in 2018

On Monday, I took a look at the fantasy options who were most hurt for fantasy football in their division in 2018. Today, I’m going the other way — the players who got the biggest fantasy boost by the teams they played the most often.

The NFL’s schedule structure is such that each team plays its divisional opponents twice a year. Most of the time, balances of power are such that playing six games against certain opponents doesn’t matter that much. But occasionally it does. Occasionally a team’s slate of divisional opposing defenses are all on a high (or low), and that can make for promising fantasy production for a given player. Maybe that’s enough to help his stock for the whole season, or maybe it’s just for DFS lessons, but it has value either way.

(Numbers from Cooper’s time in Dallas only)

Cooper averaged a whopping 27.5 PPR points per game in four intradivisional games once he became a Cowboy. That’s obviously colored heavily by two monster games (49.7 points against Philadelphia and 38 against Washington), but those count just like the rest. Outside of a meaningless Week 17 game against the Giants, Cooper had at least 13.5 points in all his NFC East games with the Cowboys, and he didn’t top 16.8 outside of the division. If Cooper can do anything even somewhat resembling that in 2019, he’ll be a DFS monster when the Cowboys play in the NFC East. 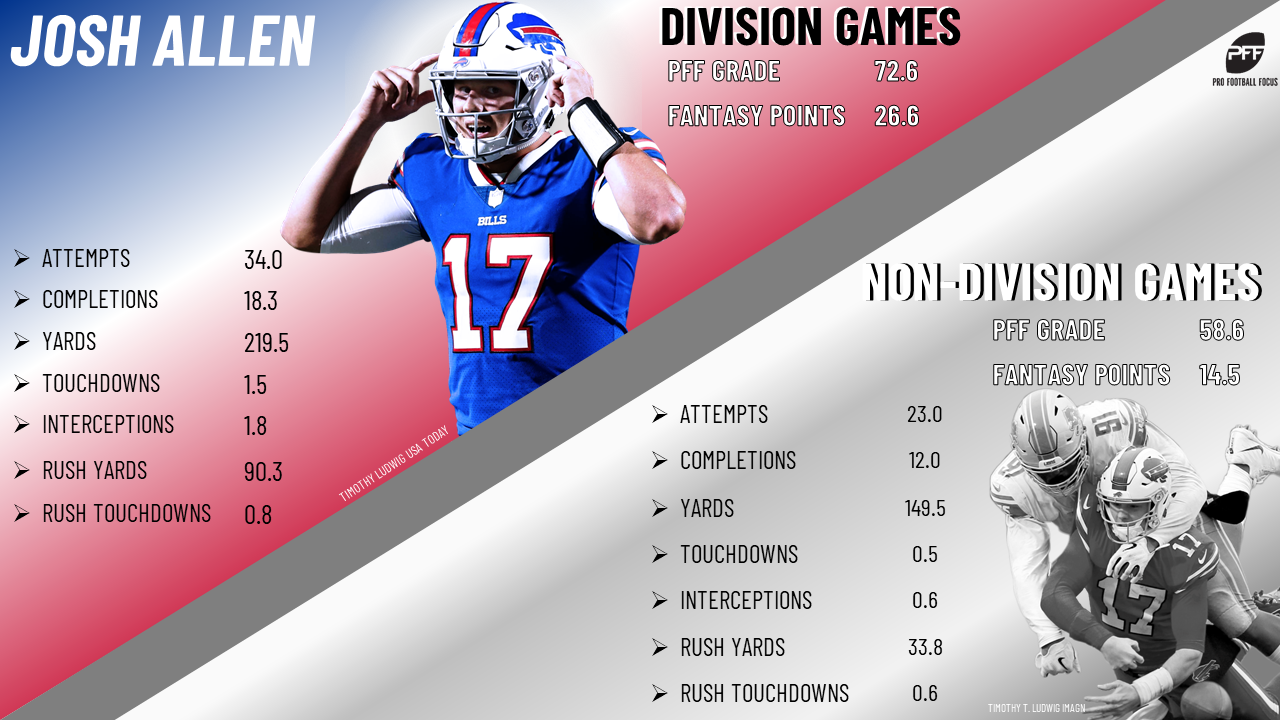 In a correlation/causation discussion, it’s worth noting that all four of Allen’s game inside the AFC East came over the season’s final five weeks, and he was a better quarterback everywhere during that time — he topped 20 points six times as a rookie, with five of them coming in Week 12 or later. So it’s as easy to ascribe that intradivisional fantasy success as merely his success as he got better over an up-and-down rookie year. On the other hand, it’s also worth noting that a huge chunk of Allen’s fantasy success came on the ground, and of the five teams he played over his hot stretch, his three divisional foes (Miami, New England, and the Jets) were among eight worst teams in terms of QB rushing against, and one of the others (Jacksonville) allowed literally the most QB rushing yards last year. There are a split of causes here.

Just as Allen got better later in the year, so too did Jones, who was the PPR WR62 though Week 8, then a much more respectable WR25 from Week 9 on. Jones’ best game outside the AFC East came in Week 6, with 35 yards and a touchdown against the Texans, but then he scored six total touchdowns and topped 60 yards four times in six games against the AFC East down the stretch. With John Brown, Cole Beasley, and Tyler Kroft in Buffalo for 2019, we’ll have to wait and see what Jones’ usage is like before getting anywhere near excited about him, but if he proves to still be a relevant part of the offense, he could be a sneaky DFS play in divisional games. 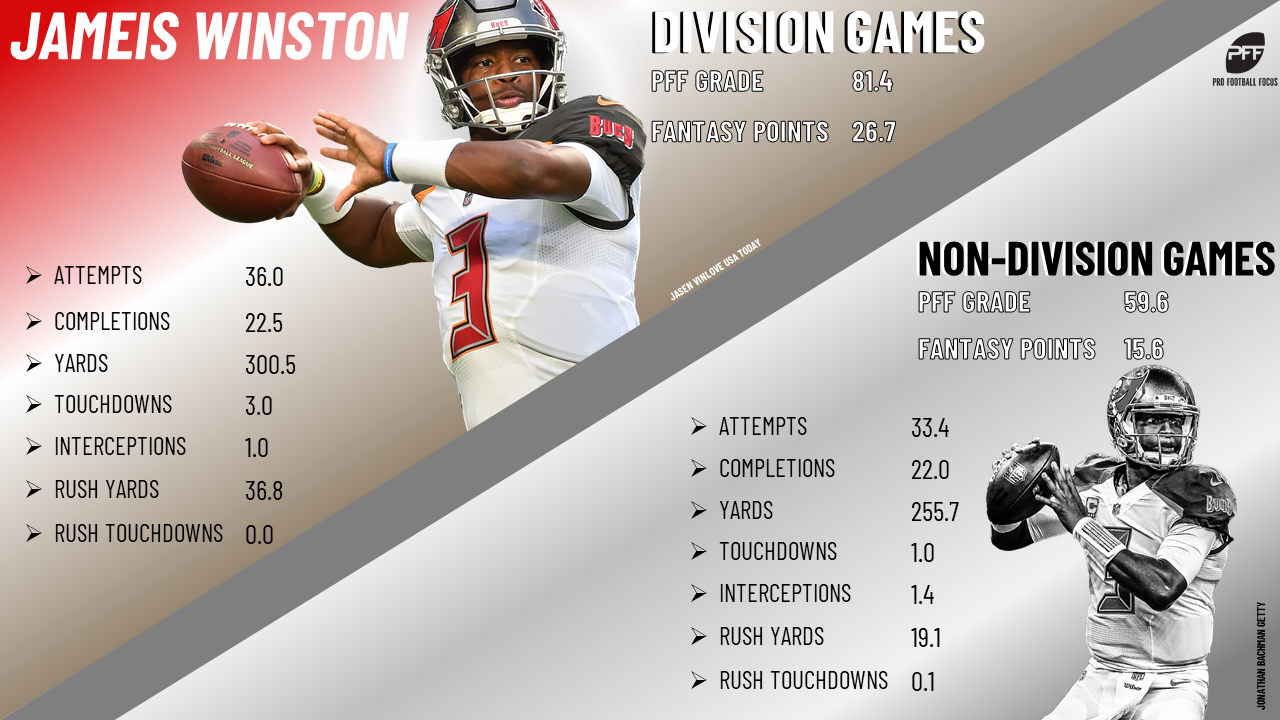 Diggs topped 30 PPR points in a game twice in 2018 — Week 2 against Green Bay and Week 11 against Chicago. Six of his nine touchdowns and half of his eight games with eight-plus receptions came inside the NFC North as well. That puts Diggs up to 15 of his 24 career touchdowns coming inside the NFC North, including all seven touchdowns he scored in his first two years in 2015-2016. In other words, for whatever reason, this dude knows how to play against the teams he faces most often, and that’s something to exploit in DFS.