The best fantasy QB options to stream for Week 14

Each week in this space, we’ll highlight the best quarterbacks to pick up and stream in fantasy football. Today, we’re looking ahead at Week 14.

It’s the most wonderful time of the year. Thanksgiving has passed and belts have been loosened one notch in preparation for the holiday season. The playoffs are here and if you’re reading this, you likely have made them, so let me be the first to wish you congratulations. Before we take a dive into the pool of Week 14 streaming quarterback options, let’s take one last look at the Week 13 advice.

Kirk Cousins, who was our top streaming option last week, finished with 21.0 fantasy points despite yet again playing without Adam Thielen. … Derek Carr, on the other hand, performed much less admirably, scoring just 9.6 points against a middle-of-the-road Kansas City secondary. Both of the picks for standard-sized leagues ended up being busts, with Nick Foles getting pulled after just 14 passes and Sam Darnold finishing among the worst fantasy quarterbacks in Week 13 with just 6.5 points. … Ryan Fitzpatrick, who was a recommended streaming option last week in deeper leagues, had his second consecutive game with 20-plus points and finished third among quarterbacks in fantasy scoring. Because of his well-timed hot streak, his name will likely be a hot name on the waiver wires this week. … The other option we provided for deeper leagues, Ryan Tannehill, performed somewhat as expected, scoring 11.8 fantasy points against the Colts.

Mayfield seems to have turned up his level of play lately, throwing a 9:2 TD:interception ratio over his last five games after a 4:8 in the five games prior. Since his Week 9 matchup against the Broncos, Mayfield has been among the top 12 QBs in terms of both overall points and points per dropback, which is a good sign for Mayfield owners. In a mouthwatering matchup against a Bengals defense that has allowed over 20 fantasy points to quarterbacks on average, Mayfield is my top streaming quarterback option for week 14. 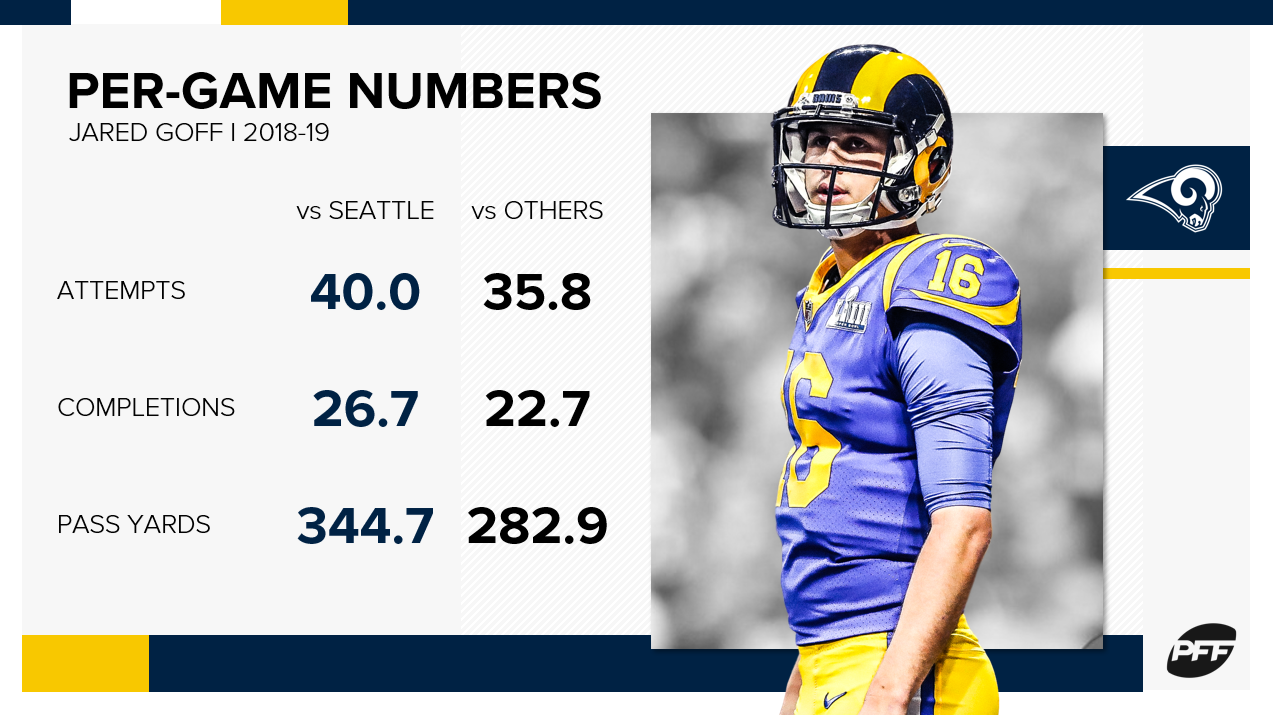 In what will be his sixth career game against the division-rival Seahawks, Goff has a lot to offer this week. He has thrown for over 300 yards with at least 1 TD in each of the last three meetings with Seattle and this week should be no different. While Goff’s recent stretch of games includes a few poor outings, it should be noted he has played the Ravens, Steelers, and Bears within the last four weeks, all of which are top-five worst fantasy defenses for quarterbacks to face this season. Because of this recent stretch, many Goff owners have dropped him, making him available this week against the once-Legion of Boom. Don’t overthink this one. If Mayfield isn’t there, Goff is your guy in smaller and larger leagues alike.

Speaking of QBs who have had an uncharacteristic stretch of late, Tannehill has broken the fabled 100.0 passer rating mark in five of his last six games and has truly been playing the best football of his career. In fact, I’d wager only reason he’s not owned in more leagues is the stigma around his name and the years of disappointment and sorrow he caused Dolphins fans who once counted on him. In a prime matchup against the crumbling Raiders, Tannehill should continue his hot streak and carry you to the next round of the playoffs.

Although he threw for over 300 yards, Brissett may have left a bad taste in the mouth of many fantasy owners after throwing two picks and getting sacked against the Titans last week. This week should be different however, as the Buccaneers have been much more porous to opposing throws than the Titans this year, allowing about five more points per game to quarterbacks. Look for Brissett to get his stride back in Week 14 under the guidance of quarterback guru Frank Reich.

Has the Fitzmagic returned? It appears so. Over the past three weeks, the 15-year vet has thrown for just shy of 1,000 yards with five touchdowns and an additional rushing touchdown. The Jets on the other hand just lost to Andy Dalton and the Bengals. While the options above are all better options this week, if you’ve found yourself in a desperate situation and you’re choosing from the scrap heap, Fitzpatrick is the guy you’ll want.

Since his NFL debut, Hodges has been a quick fan favorite. Although he hasn’t put together a single game worthy of enshrinement, Steelers Nation has already crowned him the heir to Ben Roethlisberger’s oversized throne. Will his Week 14 matchup be the first game he breaks 300 yards or throws for more than one touchdown? I’m not sure, but with looming matchups against the Bills and the Jets, it’s now or never for Hodges, who offers a higher ceiling but also a lower floor than Fitzpatrick this week.