The best DSTs to stream in fantasy in Week 3

NASHVILLE, TN - NOVEMBER 05: Kevin Byard #31 of the Tennessee Titans runs with the ball after a interception against the Baltimore Ravens at Nissan Stadium on November 5, 2017 in Nashville, Tennessee. (Photo by Michael Reaves/Getty Images)

Here are the defenses you should be looking to add in Week 3.

Tennessee ranks third in fantasy points scored, scoring 19.0 fantasy points in Week 1 and 7.0 in Week 2. In Week 1, they held Baker Mayfield to just a 64.0 passer rating — the worst number of his short career. He threw three interceptions and was sacked five times, struggling to diagnose coverages, as Tennessee featured a lot of disguised coverage looks and moving secondary pieces meant to confuse the inexperienced passer. Tennessee faces an even more inexperienced quarterback this week — sixth-round rookie Gardner Minshew, and on a short week of rest. Tennessee is your top streaming target this week (after Dallas and New England, but they’re most likely already owned). 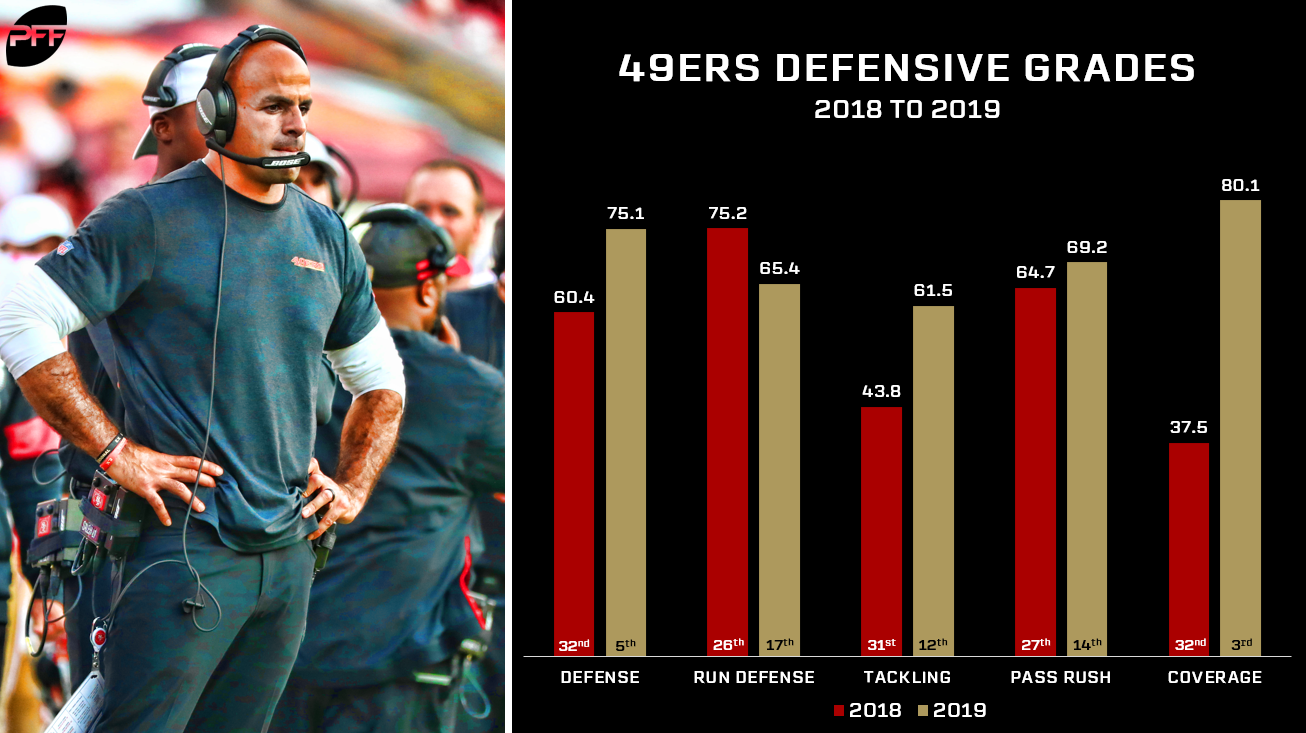 San Francisco has just about everything you’re looking for from a streaming defense. They’re playing an inexperienced backup quarterback (Mason Rudolph) making his first career start (second career game). They’re heavy home favorites (favored by 7.0 points, fifth-most), while Pittsburgh has the sixth-lowest implied point total of the week (18.75). They’re also a better defense than their 18% ownership implies. They rank second-best in fantasy points scored, and sport a pass-rush that’s moved from bottom-three to top-10 following the acquisitions of Nick Bosa and Dee Ford.

Green Bay ranks fourth-best among all defenses in fantasy points scored. The Broncos have the fourth-lowest implied point total of the week (17.5), and the Packers are 8.0-point (third-most) home favorites. The Packers rank second-best in pressure rate over expectation, while the Broncos rank 11th-worst, giving them the second-best pass rush matchup of the week. Since 2015, Joe Flacco ranks worst of 41 quarterbacks in yards per pass attempt (6.34), not far off his 2019 average (6.91). This one’s just simple math — Green Bay should dominate.

The Eagles are heavy home favorites (7.0 points, fifth-most) and with the best pass-rush matchup of the week. The Eagles rank fourth-best in pressure rate over expectation while the Lions rank eighth-worst. They’re not quite on the same level as Tennessee, San Francisco, or Green Bay, but they are a top-12 defense for me this week and do have the added benefit of facing the Luke Falk-led Jets in Week 4.