Week 10 had one of the most random top 10 wide receiver finishes in 2020. Our model identified DeAndre Hopkins, Marvin Jones Jr., Tee Higgins and Keelan Cole as quality plays, and all four landed in the top 10 for scoring. Cole Beasley broke out to lead the wide receiver position, while teammate Stefon Diggs finished third in fantasy points.

This was a spot we liked for a game stack, but none of the Bills' receivers showed up as an option in our blowup model. I was a little early to not only call for Marquez Valdes-Scantling‘s blowup four weeks ago but also to completely write him off after his dud performance. He has emerged in the past two weeks to show what made me so excited for his future fantasy prospects.

Travis Fulgham, Mike Williams, Rashard Higgins and DeVante Parker were misses by the model, with weather affecting some performances. The tight end position continues to be a disaster in general, but Hunter Henry finally had a quality game and was identified on the blowup graph. The position looks even more depleted for Week 11, which could cause ownership to be concentrated on a couple of decent options.

Totals are down for games on the main slate, with only two matchups being above 50 at this time. There are a few options in the tier below, so identifying an under-the-radar game that turns into a scoring frenzy could be all that is needed for success this week. Ownership should be spread out again, especially at wide receiver, so play the best options based on your research. Let’s dive into my favorite pass-catching options based on our blowup model. 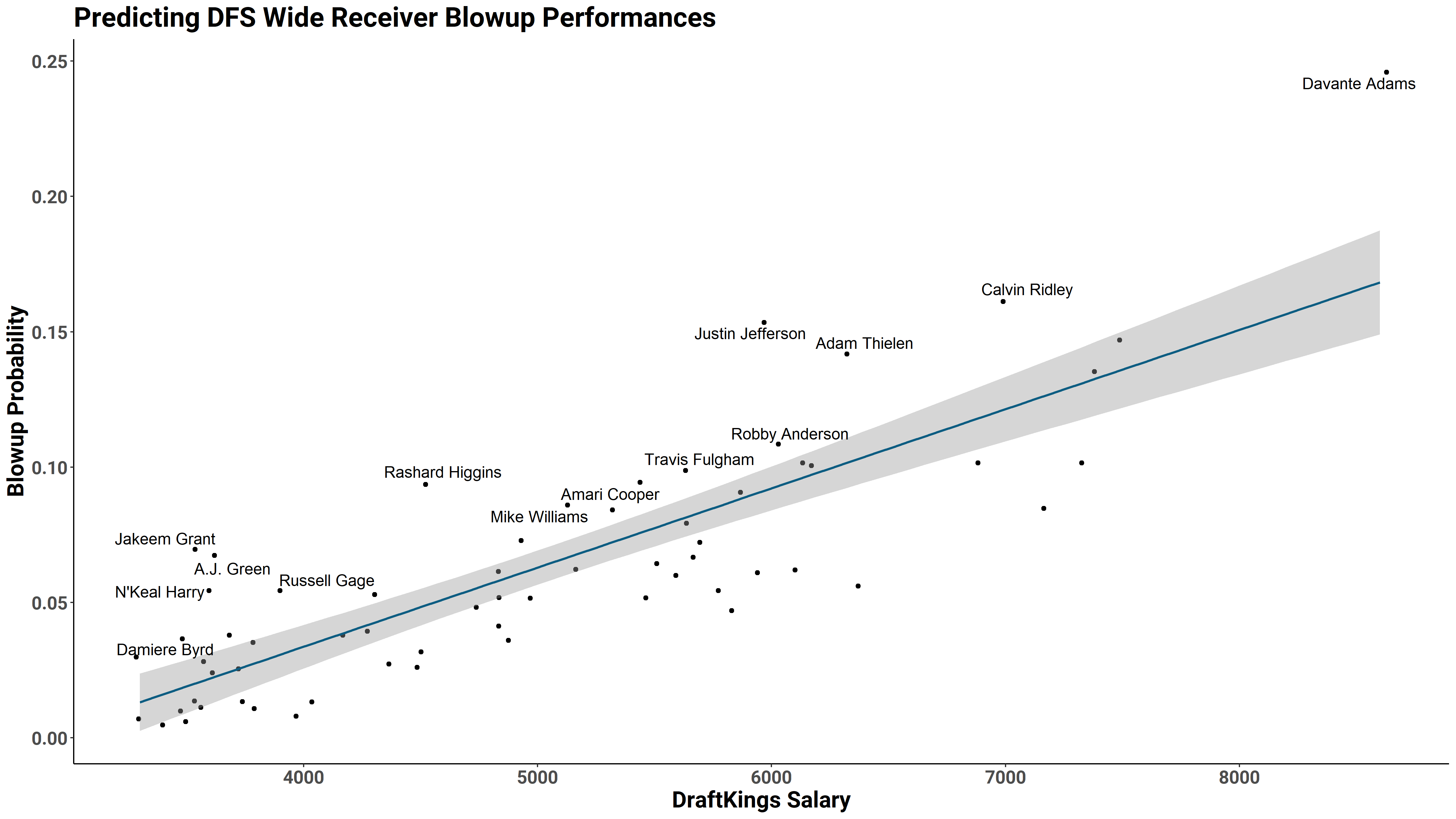 Fading Adams because of weather concerns and game script is one thing, but fading him because of matchup cannot be recommended — especially when that matchup is against Xavier Rhodes, who Adams has beaten previously. On 335 career receiving snaps against Rhodes, Adams has been targeted on 62 routes, with 44 receptions and five touchdowns. Both of Adams’ highest-graded games against Rhodes came in his two most recent performances, with these players trending in opposite directions based on their career trajectories. Adams should be locked into DFS lineups, with ownership dropping due to his most recent performance and a perceived difficult matchup.