It’s Wednesday and that means it’s time to start making your start and sit decisions for your fantasy football lineups. One of the best resources to help you is our flex fantasy football rankings for Week 16 of the NFL season. Remember that rankings change throughout the week, so be sure to check our staff rankings for updates.

1. Christian McCaffrey, CAR vs ATL (RB1) — McCaffrey has been electric and as consistent as they come this season.

2. Ezekiel Elliott, DAL vs TB (RB2) — He enters the week as the league-leader in rushing yards and should pad those numbers against the Bucs. 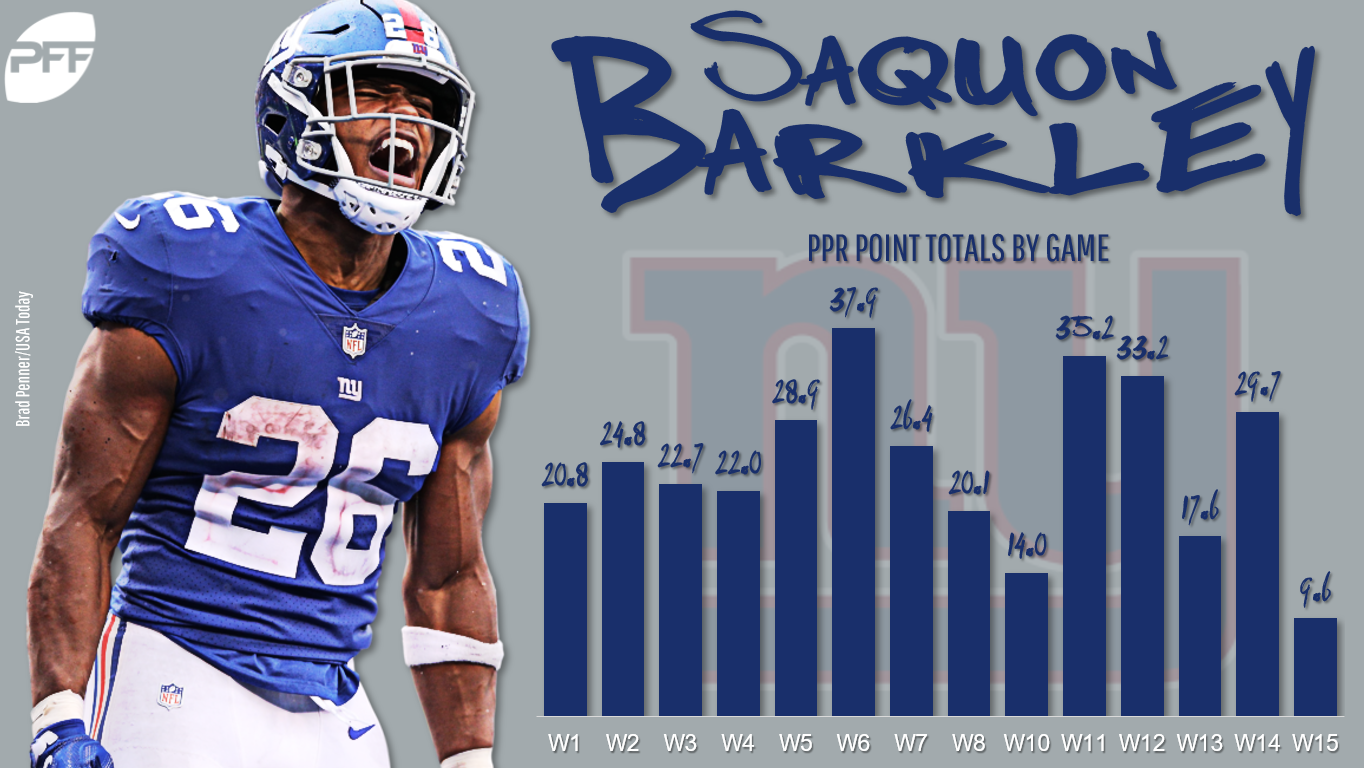 4. Todd Gurley, LAR @ ARI (RB4) — Uh oh. Gurley is a candidate to sit this week after suffering a minor knee injury in Week 15.

5. Nick Chubb, CLE vs CIN (RB5) — The Browns are still in the playoff hunt and Chubb gets a fantastic matchup.

7. Antonio Brown, PIT @ NO (WR2) — Brown figures to see a hefty workload in a potential shootout against the Saints.

8. Alvin Kamara, NO vs PIT (RB6) — He is a Pro Bowl snub but has been excellent this year.

11. Michael Thomas, NO vs PIT (WR4) — The Saints are going to need to lean on Thomas in order to defeat the Steelers at home. 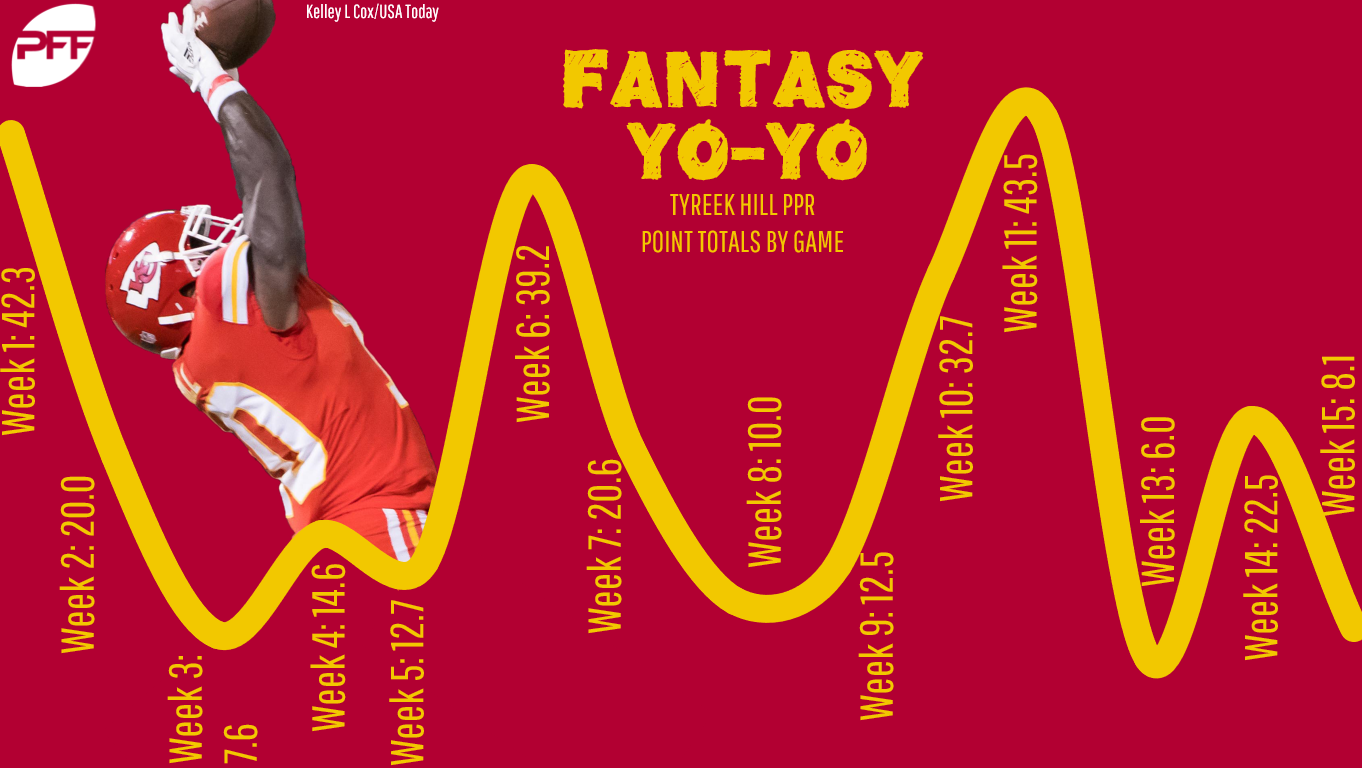 13. Dalvin Cook, MIN @ DET (RB8) — Cook turned it on last week and is poised for another big day against the Lions.

15. Davante Adams, GB @ NYJ (WR6) — Even with the Packers moving in the wrong direction, Adams has continued to produce.

17. Phillip Lindsay, DEN @ OAK (RB9) — The rookie has been tremendous this year and received a well-deserved Pro Bowl nod.

18. Amari Cooper, DAL vs TB (WR8) — Cooper is coming off a down week, but he bounces back against the Bucs secondary.

20. Robert Woods, LAR @ ARI (WR10) — The Rams passing game has faded somewhat down the stretch, but Woods heavy involvement keeps him in the WR1 conversation.

21. T.Y. Hilton, IND vs NYG (WR11) — Hilton has been banged up down the stretch but has still managed to produce on game day.

22. Melvin Gordon, LAC vs BAL (RB10) — Gordon looks like he'll return this week, though it will be in a tough matchup against the Ravens.

26. Chris Carson, SEA vs KC (RB12) — Carson continues to be the Seahawk's workhorse and should see heavy volume in this favorable matchup.

29. Marlon Mack, IND vs NYG (RB14) — Mack is coming off a monster performance in Week 15 and gets a plus matchup against the Giants. 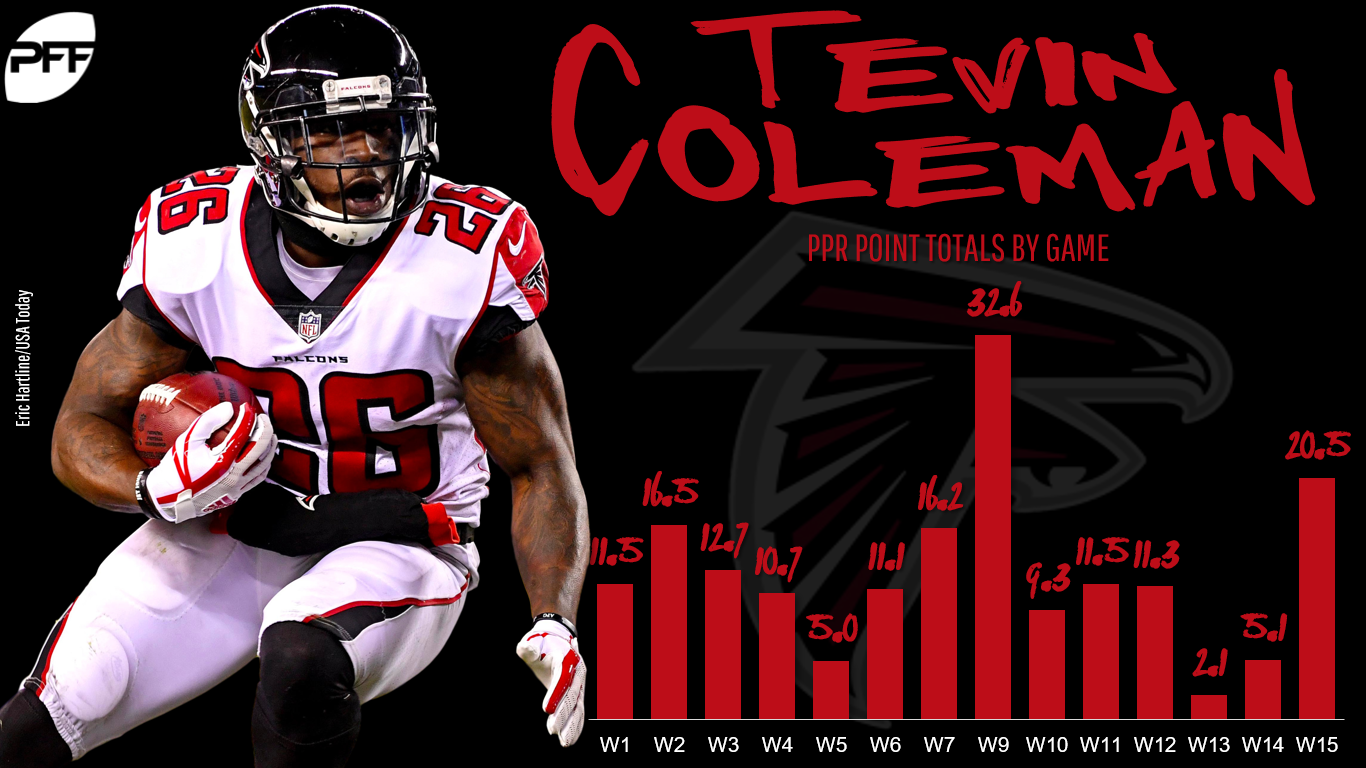 52. Jamaal Williams, GB @ NYJ (RB24) — With Aaron Jones on injured reserve, Williams is now the every-down back in Green Bay.

61. Odell Beckham Jr., NYG @ IND (WR27) — Beckham has missed the last two weeks but could be back on the field this week. 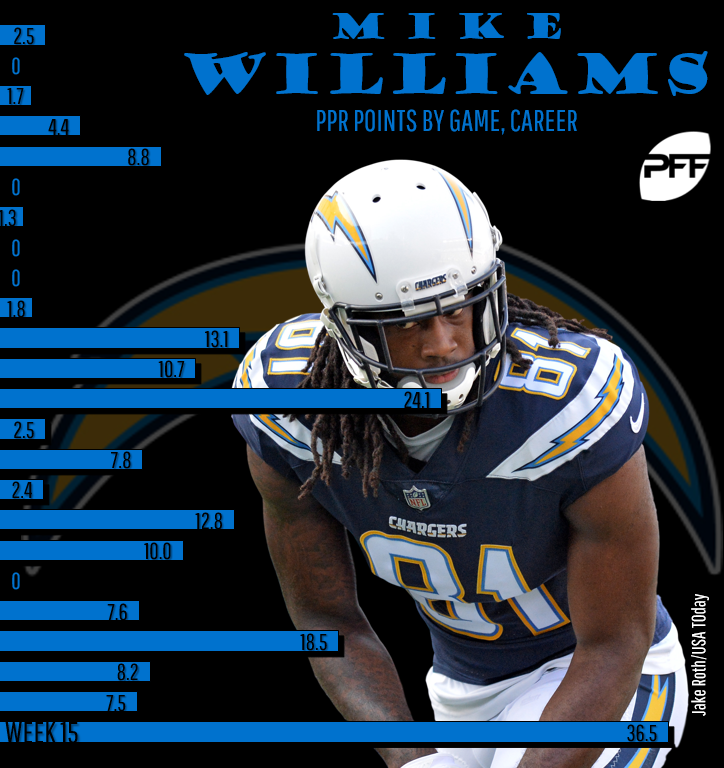 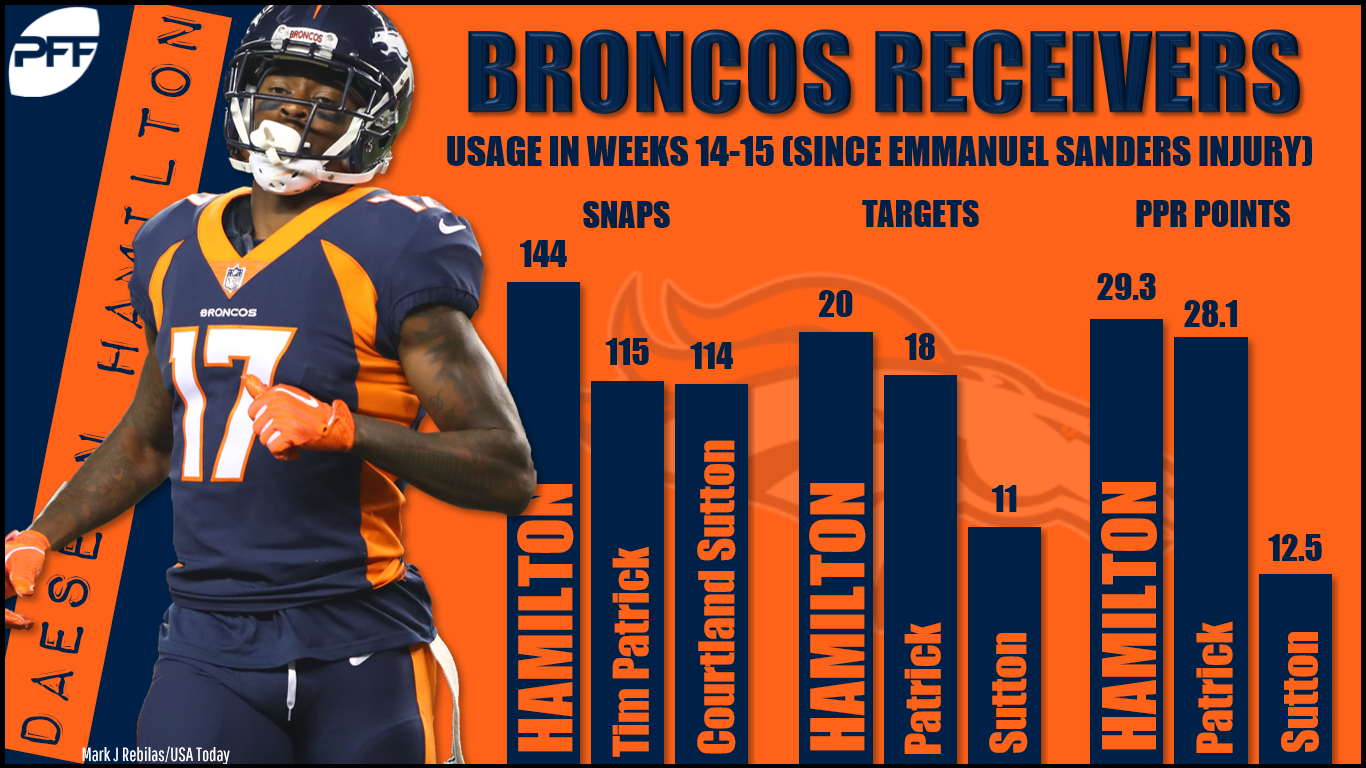 103. Wendell Smallwood, PHI vs HOU (RB42) — Keep an eye on Josh Adams' status. Smallwood would get a minor boost if Adams misses time. 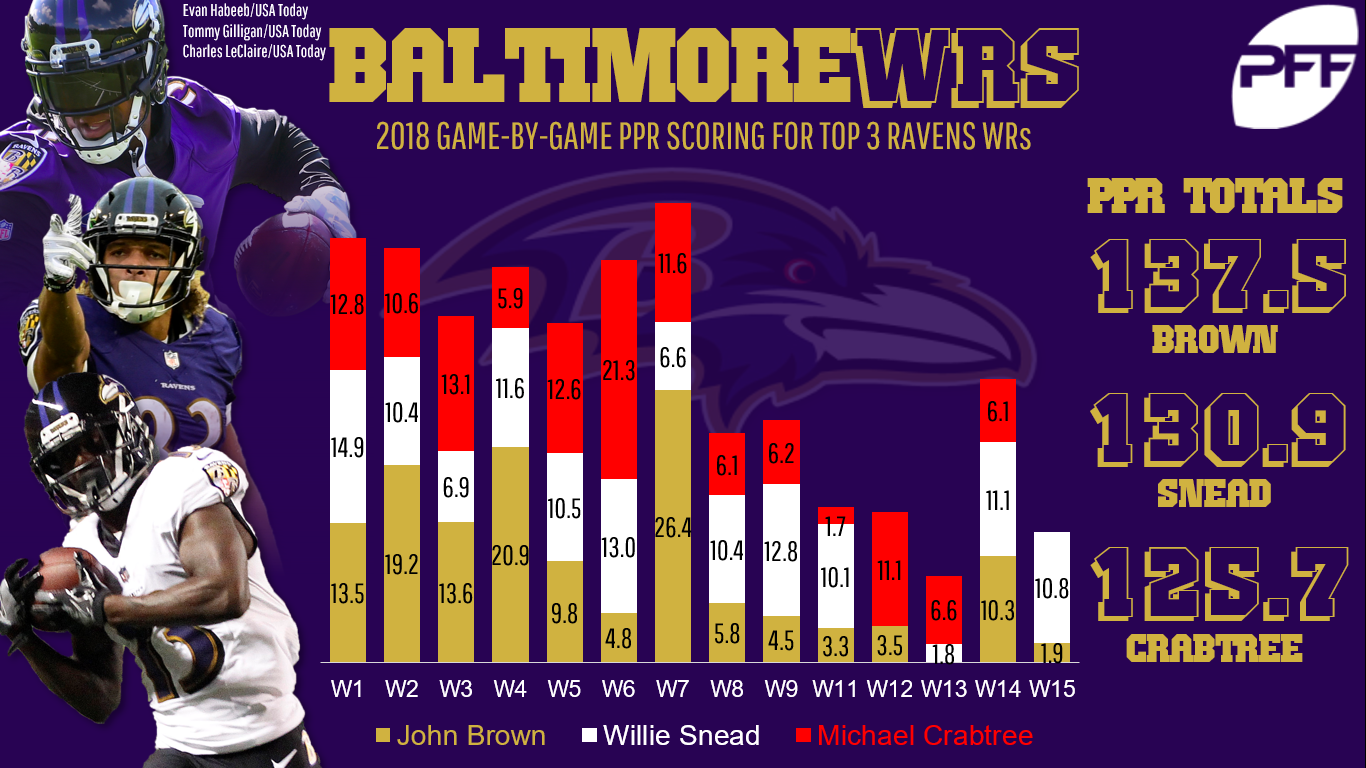 (READ MORE: Scott Barrett looks at the players getting the most opportunity and what they are doing with it. And Pat Thorman examines the likely pace of this week’s games.)