Hello, and welcome to Week 15 of the Expected Fantasy Points Report. If you’re unfamiliar with expected fantasy points, you can read our in-depth explanation from the offseason. You can also read more about expected touchdowns.

Through 14 weeks of action, here are the top-25 players in expected fantasy points per game: 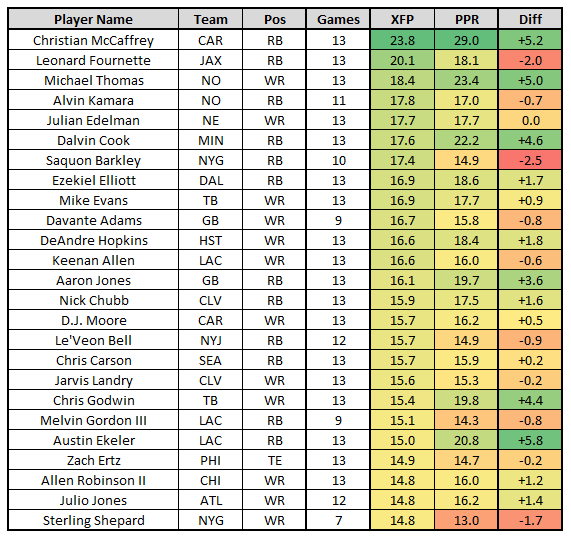 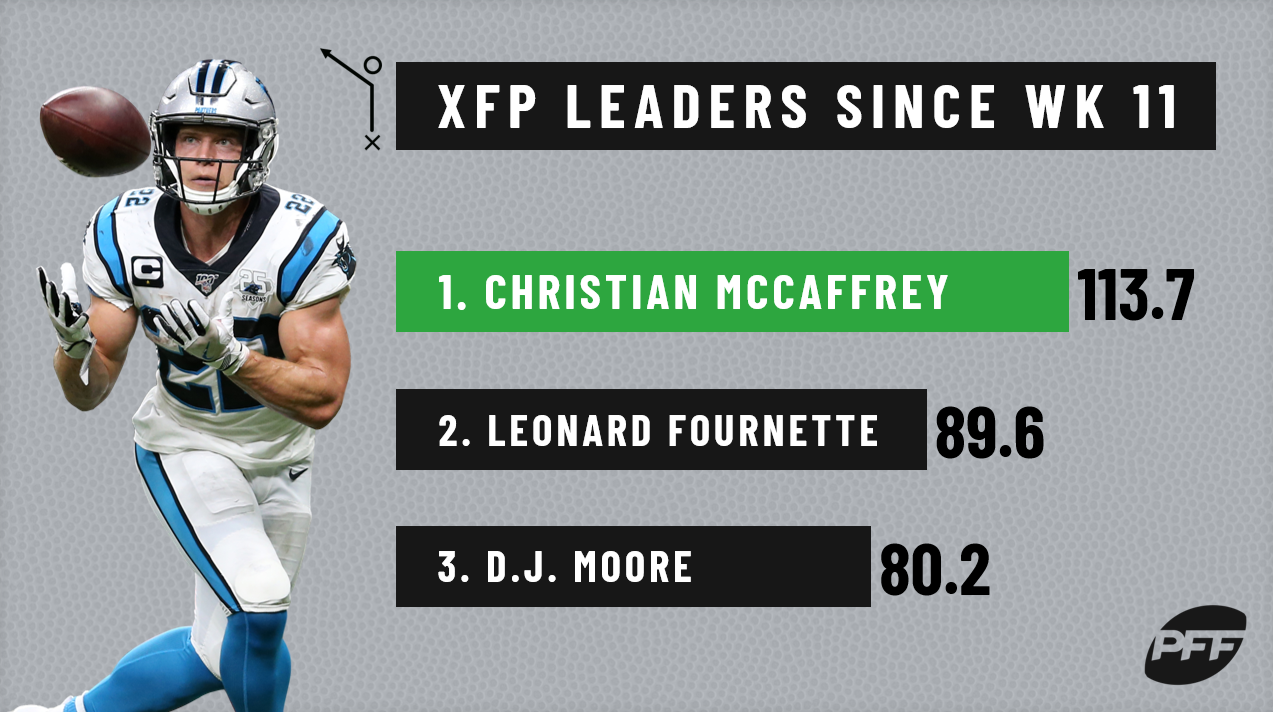 Perhaps somewhat quietly, Edelman ranks second in XFP per game (17.7), second in targets per game (10.0), and fourth in fantasy points per game (17.7). More impressively, he’s easily seeing the most consistent volume of any fantasy wide receiver. Edelman has now exceeded 16.5 XFP in 11 straight games. For perspective, no other wide receiver has more than seven such games over this span, and a 16.5 XFP average would rank seventh this season.

Ekeler ranks third in fantasy points per game (20.8) but just 12th in XFP per game (15.0). His per-game differential of 5.8 ranks behind only Derrick Henry‘s 6.3. Though impressive, this is nothing new for Ekeler. Since entering the league in 2017, he has outscored his expectation by a league-high 28.4%. In other words, Ekeler is arguably fantasy football’s most efficient running back. Since 2018, he also ranks as our second-highest-graded running back (91.0). For these reasons, and a few others outlined in this week’s stats to know piece, Ekeler is currently my No. 1 trade target in dynasty leagues.