See below for how I’ll be attacking the Week 4 AAF slate over on FanBall.

Make sure you’re also checking out our rankings and projections and Jeff Ratcliffe’s WR/CB matchup chart for Week 4 of the AAF inaugural season. 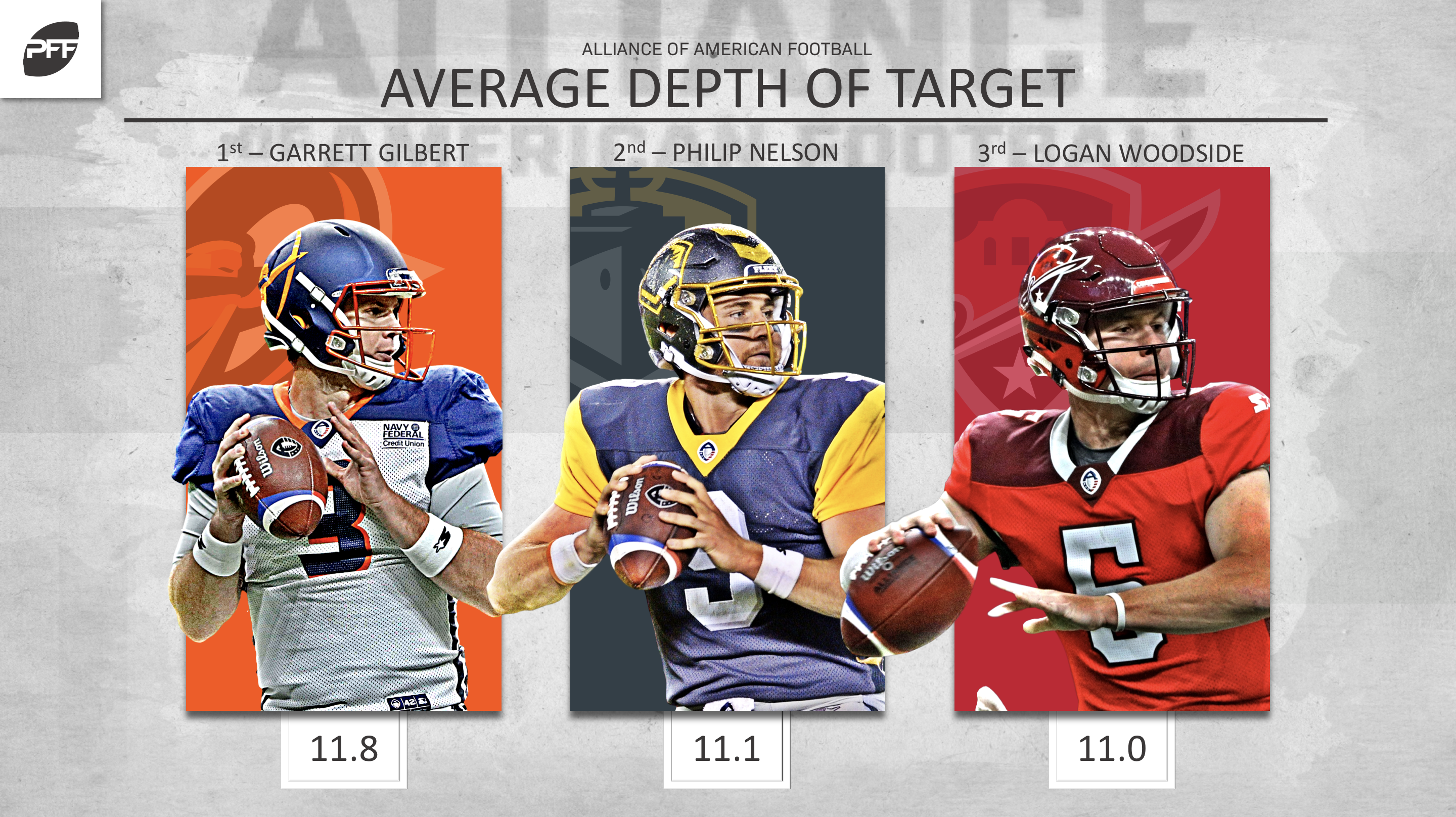 Last week, the only two quarterbacks in play were Gilbert and (then) Wolford. These two quarterbacks are dominating, and by a wide margin, all others (min. 13 attempts) in fantasy points per game, PFF grade, and passer rating. They’re appropriately priced as the two highest-priced quarterbacks, and with Gilbert $900 more than Woodrum. They're playing each other this week, which gives the matchup edge to Gilbert. Gilbert has also been the (slightly) more effective and productive of the two. How much is that worth over Woodrum? Probably just a little more than $900 worth.

Despite the safety of the two aforementioned high-priced quarterbacks, I think Mettenberger is deserving of chalk-status this week. Mettenberger has legitimate NFL experience (10 starts across two NFL seasons) and was fantastic in relief of Christian Hackenberg last week. He played on only 46% of the team’s snaps, scoring 12.8 fantasy points on 12 attempts. He compiled a 75% completion percentage along with 120 yards, two touchdowns, and zero interceptions. If we reduced our minimum attempt threshold from the previous section, he’d lead all quarterbacks in PFF grade, passer rating, and fantasy points per quarter. He’ll draw the start this week, but in a tough matchup. Still, at his price tag, he’s the clear best value.

Matchups note: Salt Diego is giving up the second-fewest fantasy points per game to opposing quarterbacks.

Williams might be the of the cheaper running backs this week, though still not an especially strong one. He played his first game of the year in Week 3, with Aaron Green a healthy scratch, and played on 29 of 64 snaps. He should be in line for more work than his seven carries and three targets this week, after good efficiency (totaling 93 yards).

Richard Mullaney (WR41) ranked third in target market share (25%) heading into last week but failed to suit up due to injury. If he’s active, he might be the best value play on the board at a stone-minimum price-tag ($3,000). If he’s out, look to Marquis Bundy (WR18), who played the third-most snaps in Week 3, and drew eight targets. One might also consider Josh Huff (WR9), who led all Week 3 receivers in targets (10). Though he was unproductive in spite of the good volume, he’d be a decent but not great value.

Kenny Bell (WR21) is still a strong value, though is mostly just a faith-based play, based on college pedigree rather than AAF production.

Keith Towbridge (WR40) is technically a tight end but played on a team-high 58 (of 68 possible) snaps in Week 3, which was almost double his total over the first two weeks of the season (38). He posted a 3-21-0 line on six targets in Week 3. Similarly, Wes Saxton Jr. (WR36), is another tight end in play as a decent value this week. In Week 3 he drew five targets (3-27-0) and a team-high 56 snaps (of 66 possible) after sitting out in each of the first two weeks. Both should be starting again in Week 4.

James Quick (WR36) played on just eight total snaps through the first two weeks of the season. He played on 30 of the team’s snaps in Week 3, drawing a week-high 29% target market share (eight targets total). Still he ranked just fourth of the Atlanta wide receivers in snaps in Week 3.

Similarly, Kaelin Clay (WR25) was technically Salt Lake’s WR5 (by snaps), after being ruled inactive in each of the first two weeks but drew a team-high seven targets in Week 3, while posting a 5-27-0 line.