Who are the best fantasy football plays for building an optimal DFS lineup in Week 13 of the 2018 NFL season? As we do every Saturday, this piece brings you the DFS locks of the week.

Winston is simply too cheap in DFS given his performances as a starter (he’s averaging nearly 30 DraftKings points per game). Quarterbacks have had great success against the Panthers this year (sixth-most points given up), and Ryan Fitzpatrick and this Bucs offense dropped four passing scores on them in Week 9. 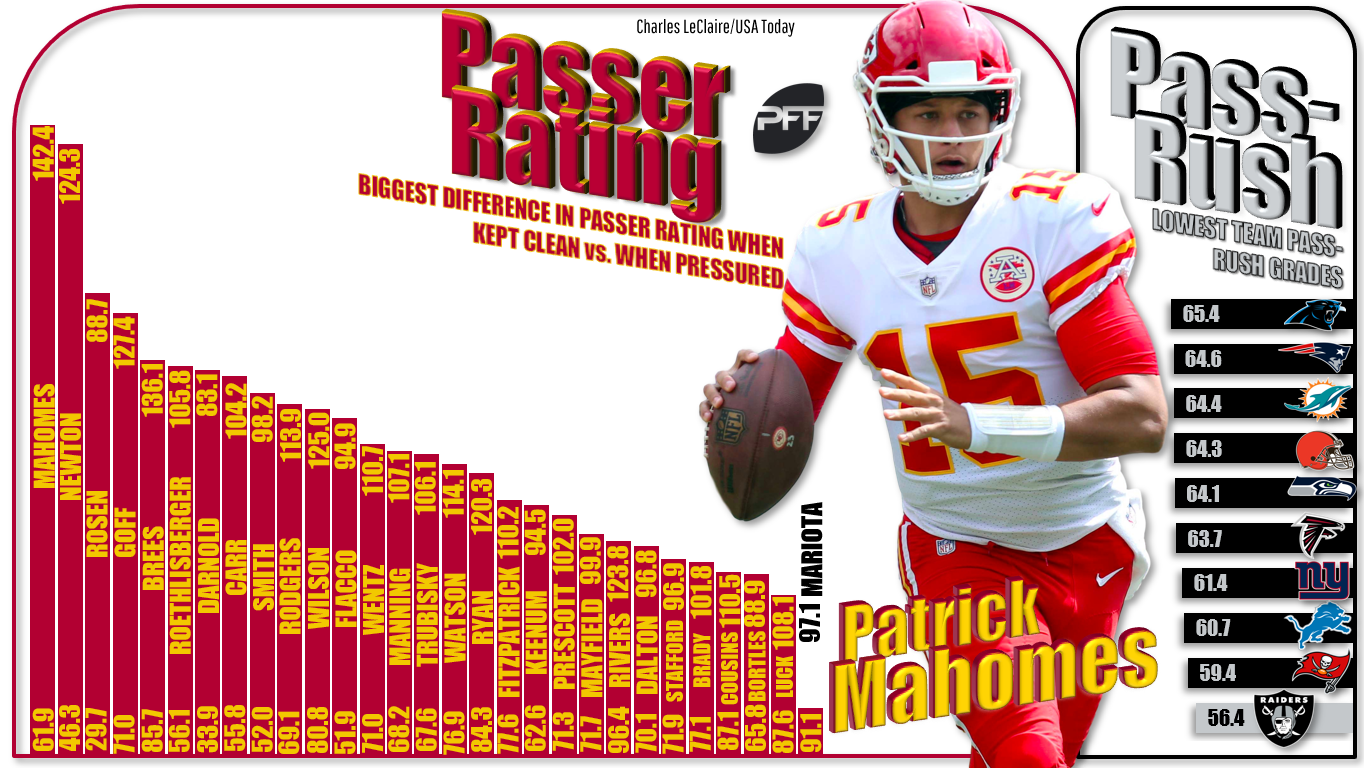 Mahomes is finally priced through the roof, but it doesn’t really matter this week against the Raiders. The Chiefs are 14.5-point favorites even though they are playing on the road. Mahomes hasn’t cooled off. In fact, he’s only getting better:

Remember how awesome Patrick Mahomes was to start the season, and there was no way he was going to keep it up?

You might want to balk at his price in DFS, but you shouldn’t. McCaffrey is worth it. We saw last week that he has 100-100 upside, and while that’s probably not going to happen again, he has turned into a yardage and scoring monster: He has nine touchdowns in his last five games.

Jones is coming off a season-high 20 touches, a number he has a good chance of reaching again in Week 13 as the Packers play a 2-9 Arizona Cardinals team … with a rookie quarterback … in Lambeau … in December. Jones also has at least five targets in three straight games, giving him a solid floor through high-value passing-game work.

Over the last five weeks, Lindsay is averaging 17 touches, 102 total yards, and 1 touchdown per game — and this week he faces the Bengals, who have given up the second-most fantasy points to running backs this season.

Thielen is priced down (compared to his midseason price), he’ll avoid Stephon Gilmore, and the over/under on the Vikings/Patriots game keeps rising (as of this writing, it’s at 49.5). Thielen is as close to a lock for double-digit targets, 100-plus yards, and a score as they come.

We project OBJ to be our second-highest-scoring wideout of the weekend despite being the sixth-most expensive option on DraftKings and fourth-most expensive receiver on FanDuel. Beckham has five straight games with over 70 yards and three touchdowns in his last three games.

Moore will gash the Buccaneers defense, which has given up a league-high 17 touchdowns to opposing receivers this season. Moore is perhaps my lock of the week if Devin Funchess sits — although Funchess has resumed practicing on a limited basis. It’s a situation to monitor, but I like Moore either way; he’s now Carolina’s WR1.

I like Ellington because of his price and volume. He’s a great salary-saver ($4,900 on FanDuel; $3,500 on DraftKings) for a player who has six receptions in two straight games. With no Marvin Jones and no Golden Tate, targets are suddenly there for the taking in Detroit, and Ellington has been the next man up.

After going through a dry spell with just one touchdown in Weeks 3-7, Kelce now has four scores over his last four games, with at least six receptions in each game in that span. And this week he gets the Raiders, who have given up the most fantasy points per target to tight ends. It doesn’t get better for a player who can push double-digit targets. 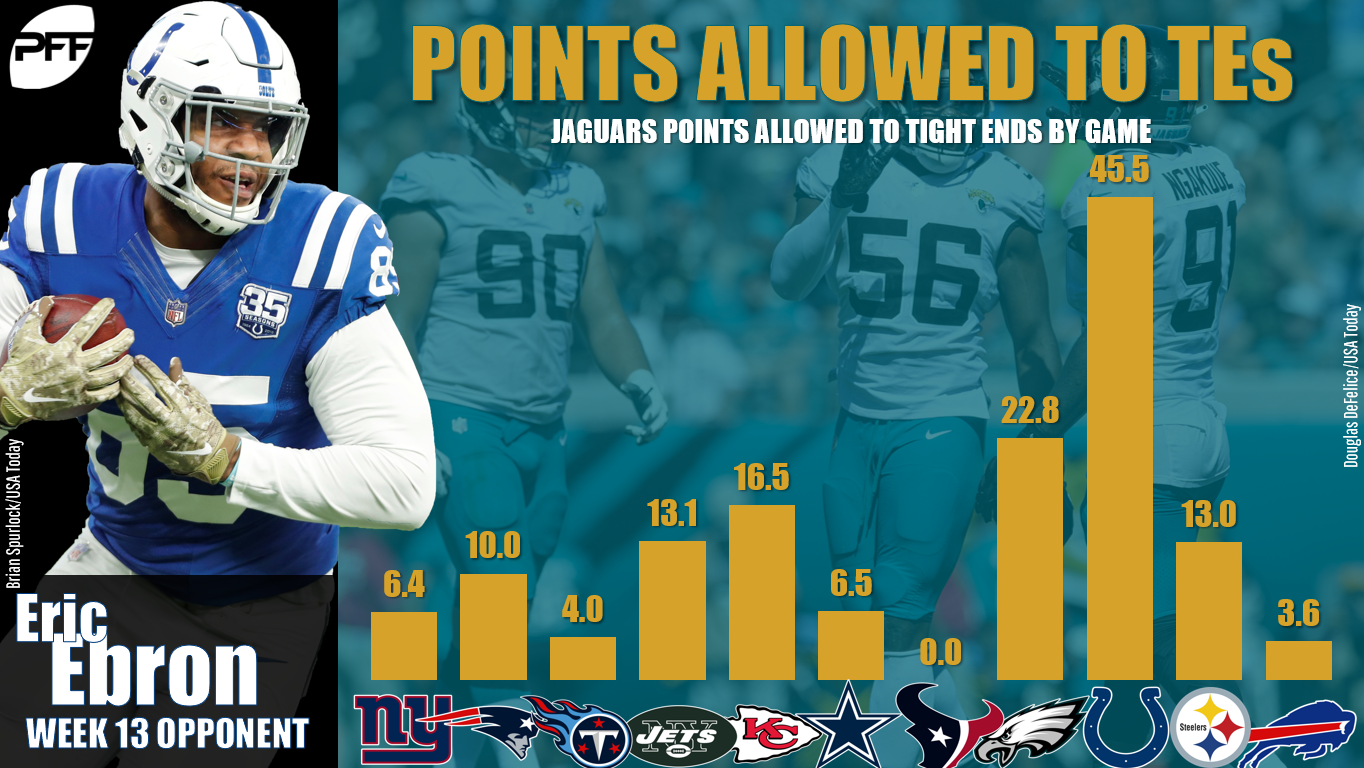 I’m writing Ebron up, which naturally means he’ll get 0 targets this week, but assuming he is used, his touchdown upside is through the roof. Ebron scored a trio of touchdowns in Week 10 when the Colts and Jaguars last met, and Jacksonville has given up six passing scores to the position over the last four games (meaning Ebron wasn’t the only one who torched them).