PFF's fantasy team has had their fantasy rankings ready for a while now. We’ve also added fantasy projections, which leverage the modeling capabilities of Eric Eager and our research and development team. This series of articles, which starts with quarterbacks, will go through the top fantasy players by best ball ADP at Underdog Fantasy and compare their relative positional value versus our projections.

Below, I’ve visualized the top 24 fantasy quarterbacks by current Underdog ADP, contrasting their ranks with PFF projections. Often our projections are in agreement about the valuation of players relative to ADP, identifying players who should be prioritized or faded in drafts. We also find some substantially misvalued players, and the visualization provides an easy way to judge the magnitude of the differences in rankings.

The quarterbacks below are listed in order of positional ADP rank, with the blue points representing Underdog ADP and the red points marking the rank by PFF projections. When two or more of the measures fall on the same positional rank, the point's color will represent a mix. The lines between points illustrate the magnitude of the difference between the maximum and minimum ranking for each player. 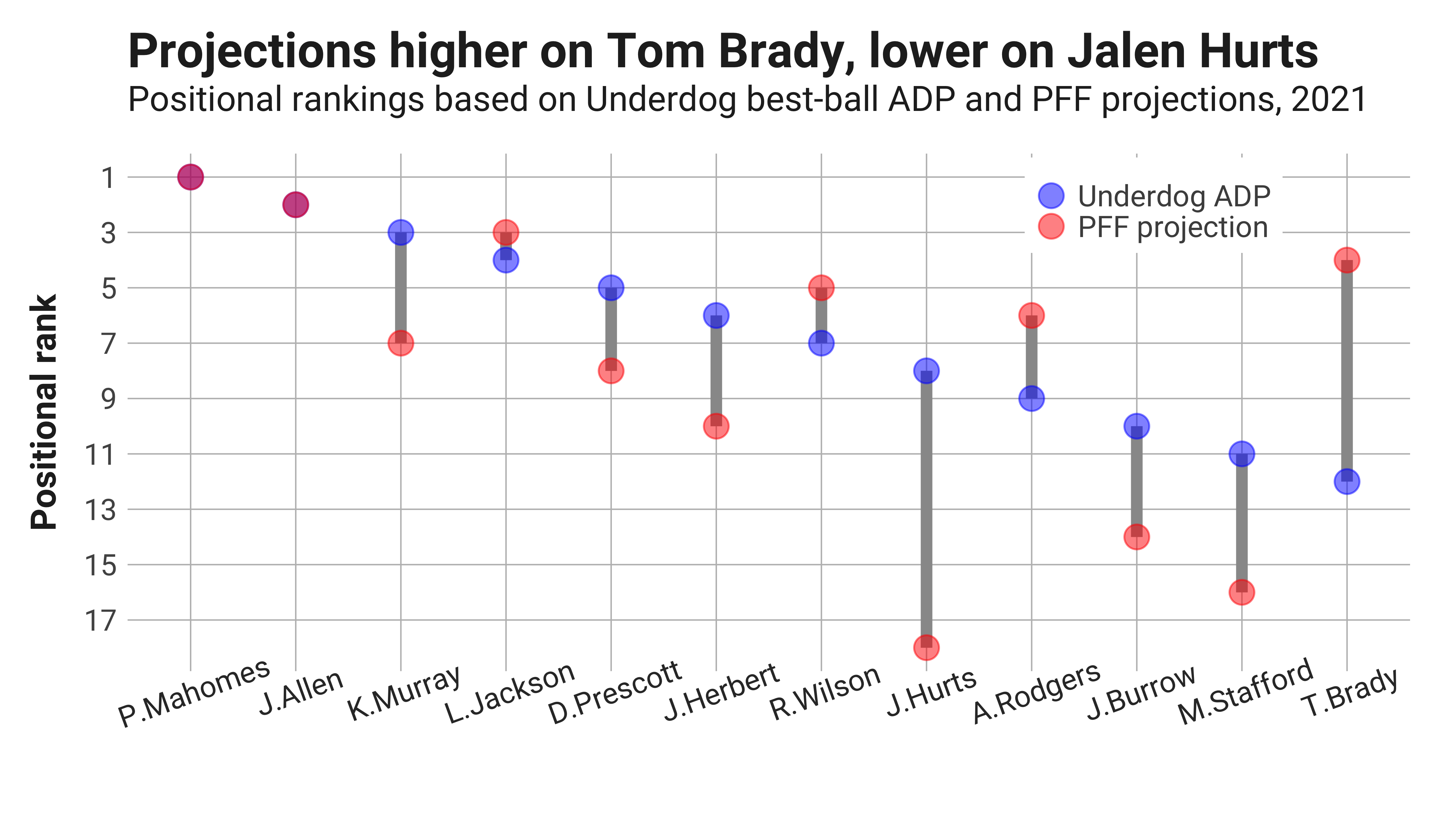 The PFF projections agree with Underdog ADP at the top of quarterback rankings, slotting Patrick Mahomes and Josh Allen at the top two spots. Our projections are lower on Kyler Murray, projecting him at QB7 versus an ADP of QB3. The divergence on Murray is likely due to a lower assumption for rushing share and lower efficiency passing the ball. Our projections assume that Murray’s team rushing share of around 20% last season is unsustainably high, and he hasn’t stepped forward as much as a passer as some assume.