Hello, and welcome to the Week 6 Actual Opportunity report. This is our weekly look at the players with the most fantasy potential based on volume, and what they are doing with it. If you’re unfamiliar with Actual Opportunity, you can read the in-depth explanation here.

After five weeks of action, here are the top-30 players in expected fantasy points per game: 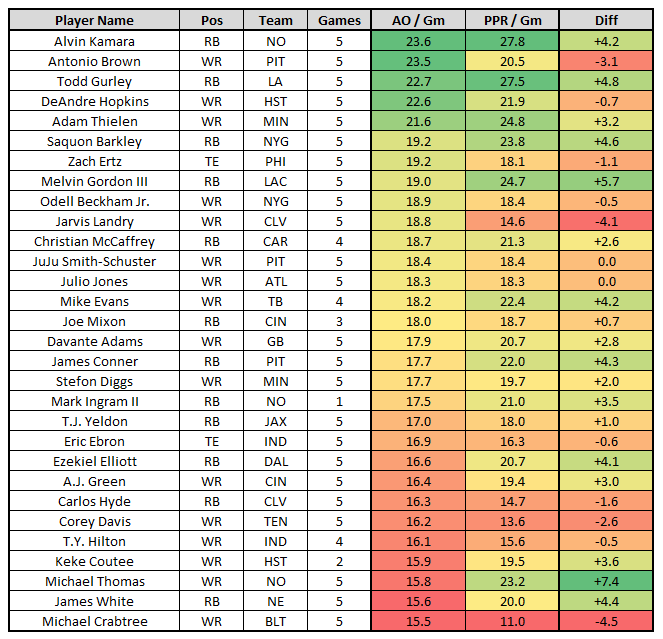 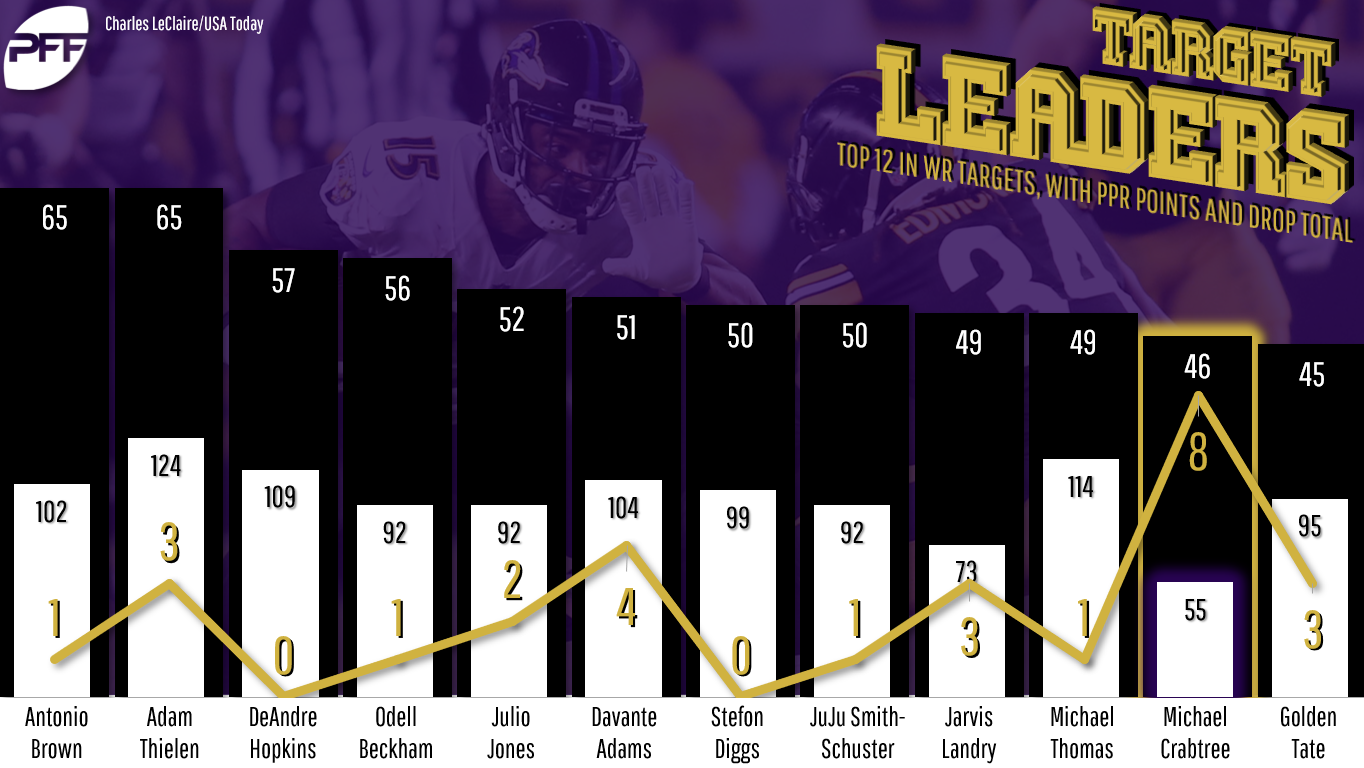 What’s most interesting about Crabtree’s poor efficiency numbers is they can be explained entirely by one stat: drops. So far, he’s scored 22.7 fantasy points per game below his expectation (most among all players). He’s also dropped eight passes this year, which is the most in the league by three. Those eight dropped passes total 62 yards in air, and one came in the end zone. So, at a minimum (assuming zero yards after the catch), those drops have cost him 20.2 fantasy points. Unfortunately drops are just something you'll have to live with when owning Crabtree. Since 2014, he's posted a drop rate of 12.2 percent, which ranks third-worst of 57 qualifying wide receivers. This year his drop rate is double that, at a league high 25.0 percent. Though, while that number isn't good, it does confirm Crabtree is due for some positive regression.