I’m taking the best number from either the prospects' NFL Scouting Combine or pro-day performances. If the 40-yard dash time or vertical jump are missing, I estimate them based on historical modeling with weight and available other workout metrics.

Rachaad White’s strong combine results flew a little under the radar amid a bunch of strong running back performances. He ran a 4.48-second 40-yard dash at 214 pounds and showed explosiveness with a 10-foot 5 broad jump and 38-inch vertical.

The Arizona State product's draft status has improved since the combine, but he still isn’t being consistently mocked inside the top 100 picks. 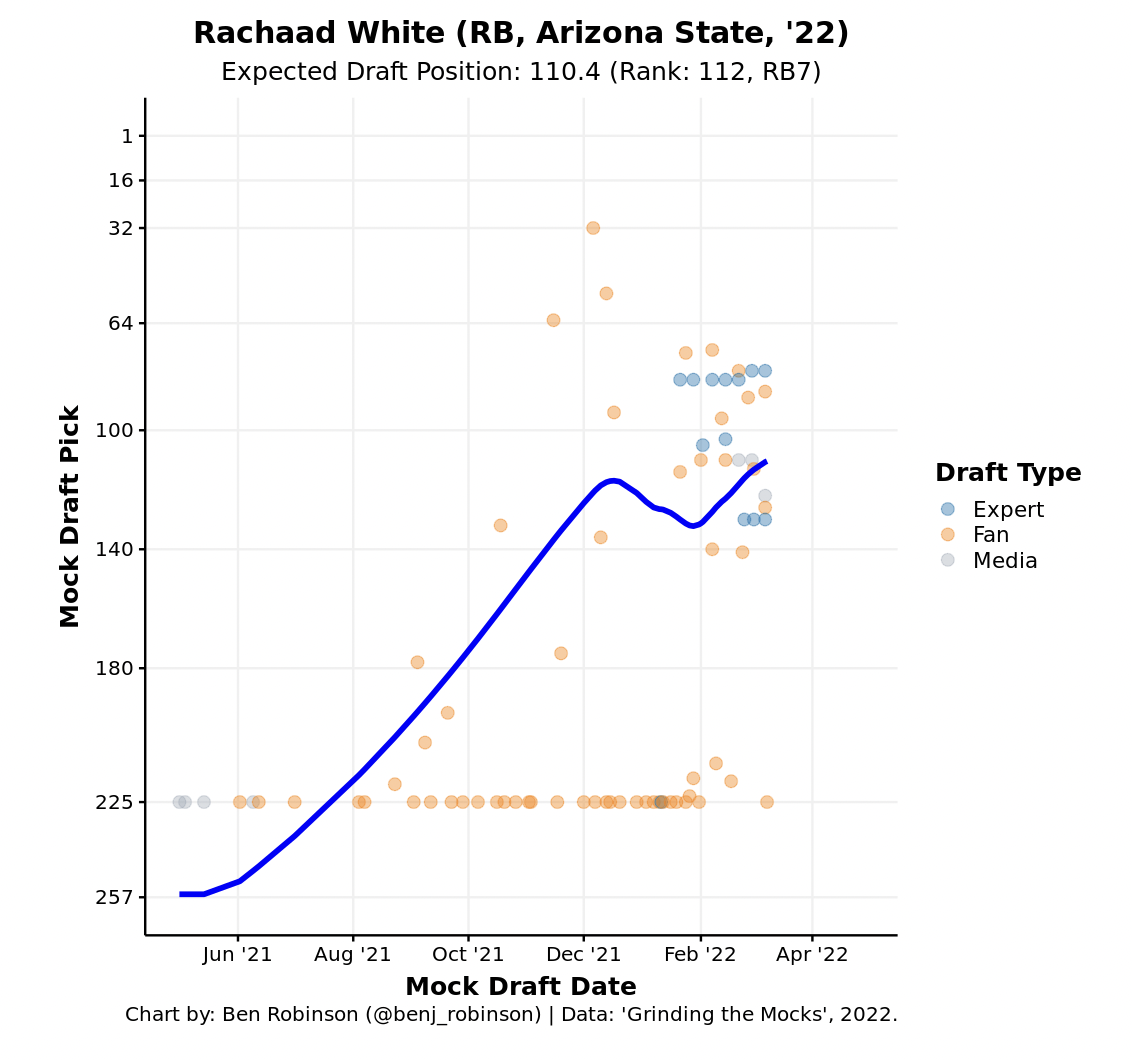