The comps below were derived from a two-step process. First, I converted all the most statistically relevant stats and measurables to percentiles based on the thousands of prospects who have entered the NFL since 2006 at each position. Then, I filtered the total universe of past prospects by those who had draft positions, weight and 40 times within a 10th percentile in either direction of Western Michigan WR D'Wayne Eskridge. For undrafted players, I assigned a numerical draft position of 300.

For Eskridge's draft position, I’m using an estimate based on the mock data collected at GrindingTheMocks.com. For the weight and 40 time, I’m using the numbers from his pro day, with a 0.03-second penalty added to the 40 time to reflect the uncertainty of pro-day timed measurements.

Just a little sample of what D'Wayne Eskridge has to offer. pic.twitter.com/wkzmTmKdTC 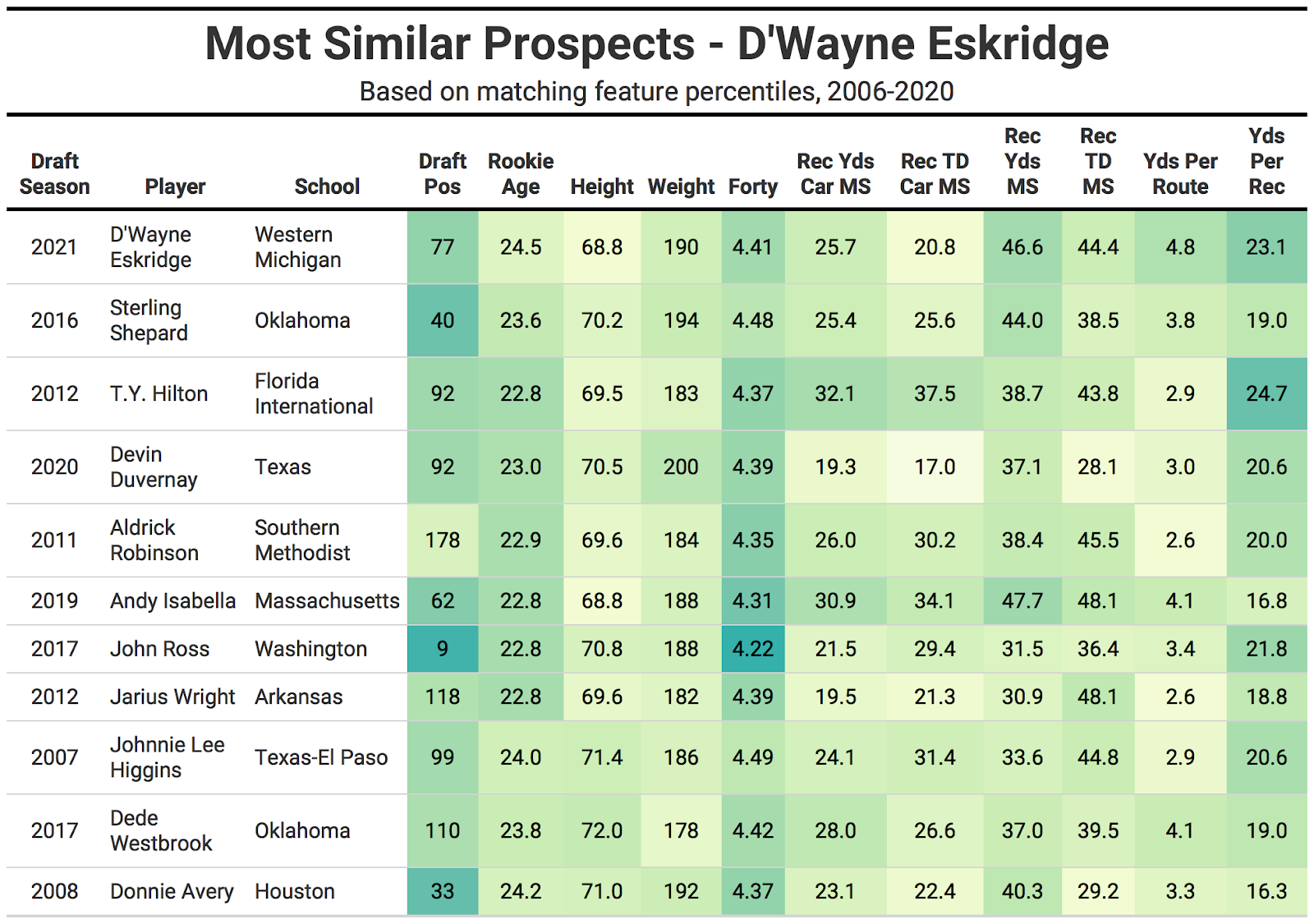 Eskridge looks like a Day 2 pick if we’re to believe the predictive ability of recent mock drafts, which gives him a number of intriguing comps at the NFL level. He brings speed and top-notch production numbers according to his top-season market shares and excellent efficiency on both a per-route and per-catch basis.