The comps below were derived from a two-step process. First, I converted all the most statistically relevant stats and measurables to percentiles based on the thousands of prospects who have entered the NFL since 2006 at each position. Then, I filtered the total universe of past prospects by those who had draft positions, weight and 40 times within a 10th percentile in either direction of Jermar Jefferson. For undrafted players, I assigned a numerical draft position of 300.

For Jefferson's draft position, I’m using an estimate based on the mock data collected at GrindingTheMocks.com. For the weight and 40 time, I’m using the numbers from his pro day, with a 0.03-second penalty added to the 40 time to reflect the uncertainty of pro-day timed measurements.

The Oregon State back is relatively young, at 21 years of age, and he is entering the draft as an early declare.

Unfortunately, his pro-day performance took some of the wind out of his sleeper sails. He ran a below-average 4.55-second 40-yard dash at a lighter 206 pounds and hit below the 25th percentile in the vertical, broad jump and three-cone.

On the field, Jefferson showed big-play ability that belied his workout metrics. 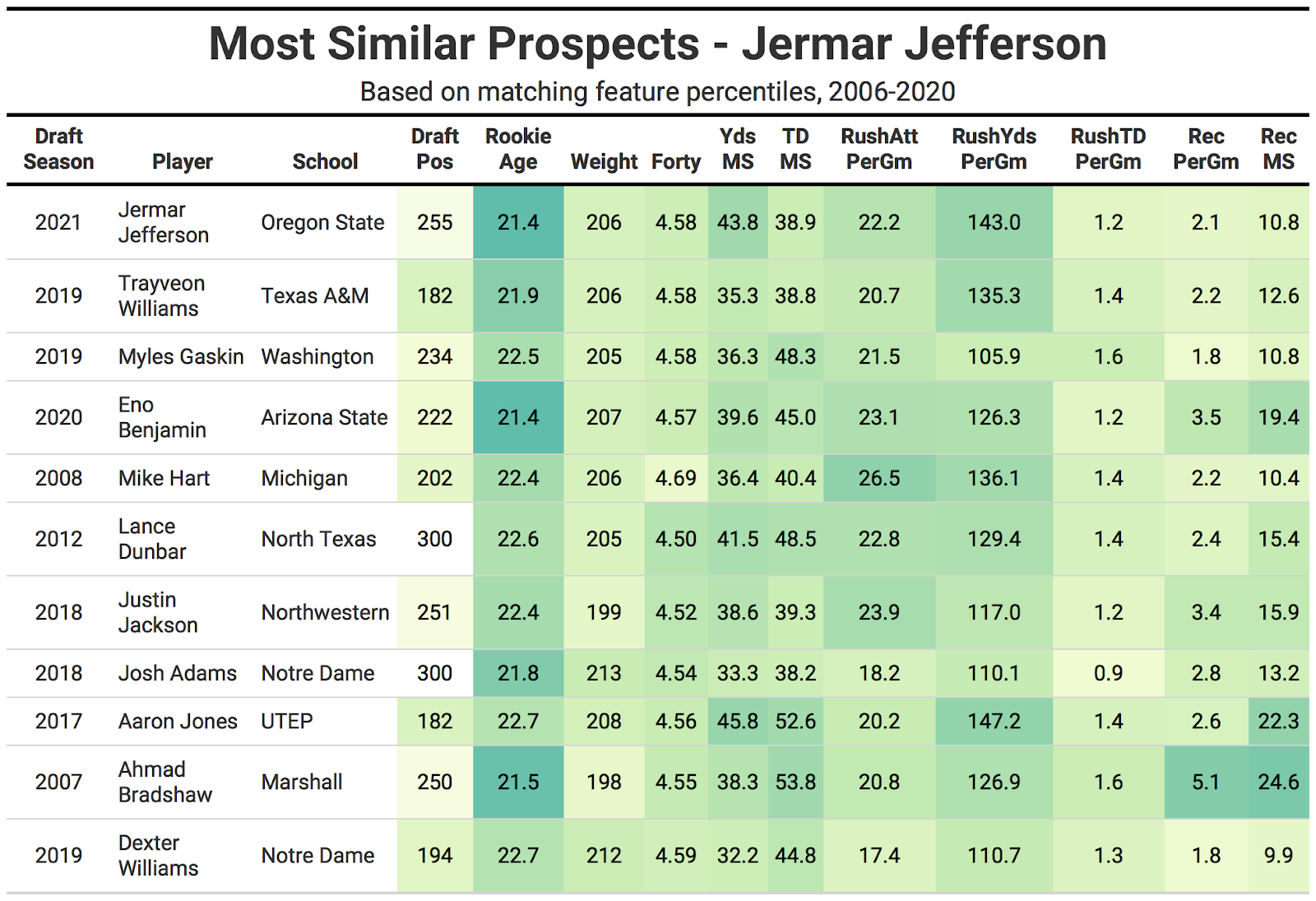 Jefferson's most intriguing comps lie near the bottom of his top 10. Aaron Jones and Ahmad Bradshaw combined for many years of fantasy relevance, with Jones ranking in the top five among running backs in PPR leagues in his third and fourth NFL seasons.