The comps below were derived from a two-step process. First, I converted all the most statistically relevant stats and measurables to percentiles based on the thousands of prospects who have entered the NFL since 2006 at each position. Then, I filtered the total universe of past prospects by those who had draft positions, weight and 40 times within a 10th percentile in either direction of Ohio State RB Trey Sermon. For undrafted players, I assigned a numerical draft position of 300.

For Sermon's draft position, I’m using an estimate based on the mock data collected at GrindingTheMocks.com. For the weight and 40 time, I’m using the numbers from his pro day, with a 0.03-second penalty added to the 40 time to reflect the uncertainty of pro-day timed measurements.

Sermon was reasonably productive in his true freshman and sophomore seasons at Oklahoma before a drop in playing time as a junior led to a graduate transfer to Ohio State for his final season.

He was lightly used in the first half of 2020, never receiving more than 14 touches in any game. He exploded down the stretch with 636 rushing yards in three weeks, including the Big Ten championship game and the first round of the College Football Playoff, before getting injured early in the championship game.

Those higher-profile appearances, along with his top-notch pedigree coming out of high school, could boost his draft stock and lead to early opportunities in the NFL. 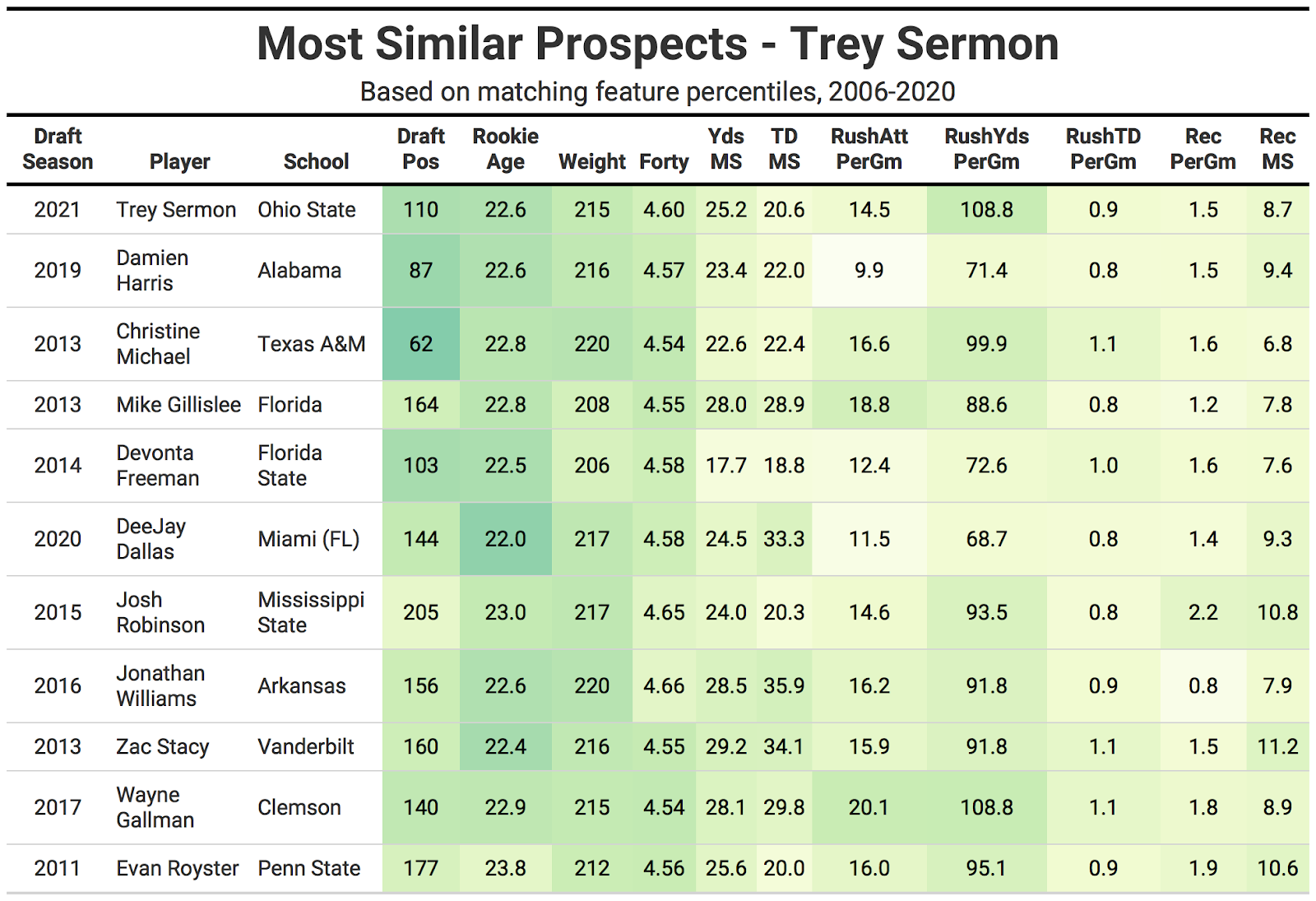 The holistic analysis of Sermon’s stats doesn’t give much to be excited about. His rushing and receiving volume is reasonably mediocre, and he isn’t particularly young, entering the NFL as a senior closer to 23 than 22 years old.

He could have Day 2 draft capital backing him, which would bolster his chance to lead a backfield. That said, the few Day 2 backs among his comps didn’t do much with it in the NFL.