The comps below were derived from a two-step process. First, I converted all the most statistically relevant stats and measurables to percentiles based on the thousands of prospects who have entered the NFL since 2006 at each position. Then, I filtered the total universe of past prospects by those who had draft positions, weight and 40 times within a 10th percentile in either direction of Kadarius Toney. For undrafted players, I assigned a numerical draft position of 300.

For Toney's draft position, I’m using an estimate based on the mock data collected at GrindingTheMocks.com. For the weight and 40 time, I’m using the numbers from his pro day, with a 0.03-second penalty added to the 40 time to reflect the uncertainty of pro-day timed measurements.

Toney has one of the weaker production profiles among this year's projected first-round picks. He didn’t cross the 20% threshold for market share of receiving yards until his senior season, hovering around 10% his first three years.

His workout metrics were elite in the explosion drills, hitting 40 inches in the vertical (90th percentile) and 11-foot-4 in the broad jump (99th).

The Florida pass-catcher operated primarily out of the slot his final two seasons, and he recorded an average depth of target of 7.0 yards over his collegiate career. He was a dynamic player in space, with the ability to turn schemed throws into long plays.

Who is your draft comp for Kadarius Toney? ????
pic.twitter.com/og0TRioNGe 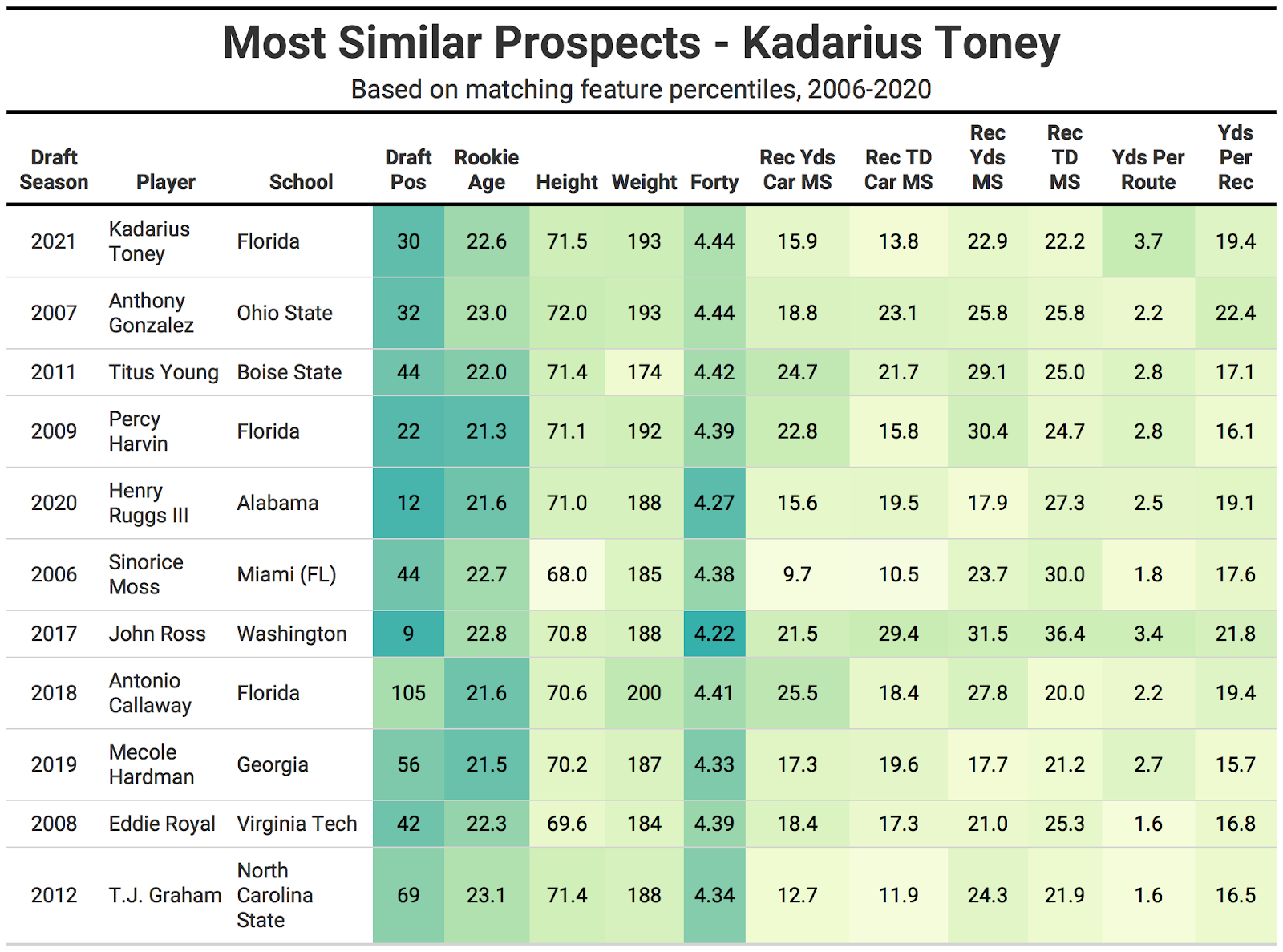 There are a lot of busts among Toney’s most comparable players. Only two of the comps have career market shares for yards and touchdowns over 20%, matching the hopeful first-rounder's weaker numbers. Toney’s best season was his final year, and even then, he wasn’t a dominant force in the passing offense.