The comps below were derived from a two-step process. First, I converted all the most statistically relevant stats and measurables to percentiles based on the thousands of prospects who have entered the NFL since 2006 at each position. Then, I filtered the total universe of past prospects by those who had draft positions, weight and 40 times within a 10th percentile in either direction of Alabama RB Najee Harris. For undrafted players, I assigned a numerical draft position of 300.

For Harris' draft position, I’m using an estimate based on the mock data collected at GrindingTheMocks.com. For the weight and 40 time, I’m using the numbers from his pro day, with a 0.03-second penalty added to the 40 time to reflect the uncertainty of pro-day timed measurements.

Harris has the complete profile that teams are looking for in a first-round running back. He was involved in the rushing and passing games for a top-notch program and displayed the burst and receiving skills modern offenses covet.

Buddy Johnson vs. Najee Harris on a wheel route. pic.twitter.com/FAlzrVZzPU

Despite his large frame, the Alabama product displayed fleet footwork that rivals that of much smaller backs.

Harris’ projection as a late first-round running back means his comps are composed of players drafted anywhere from third overall to the late second round. 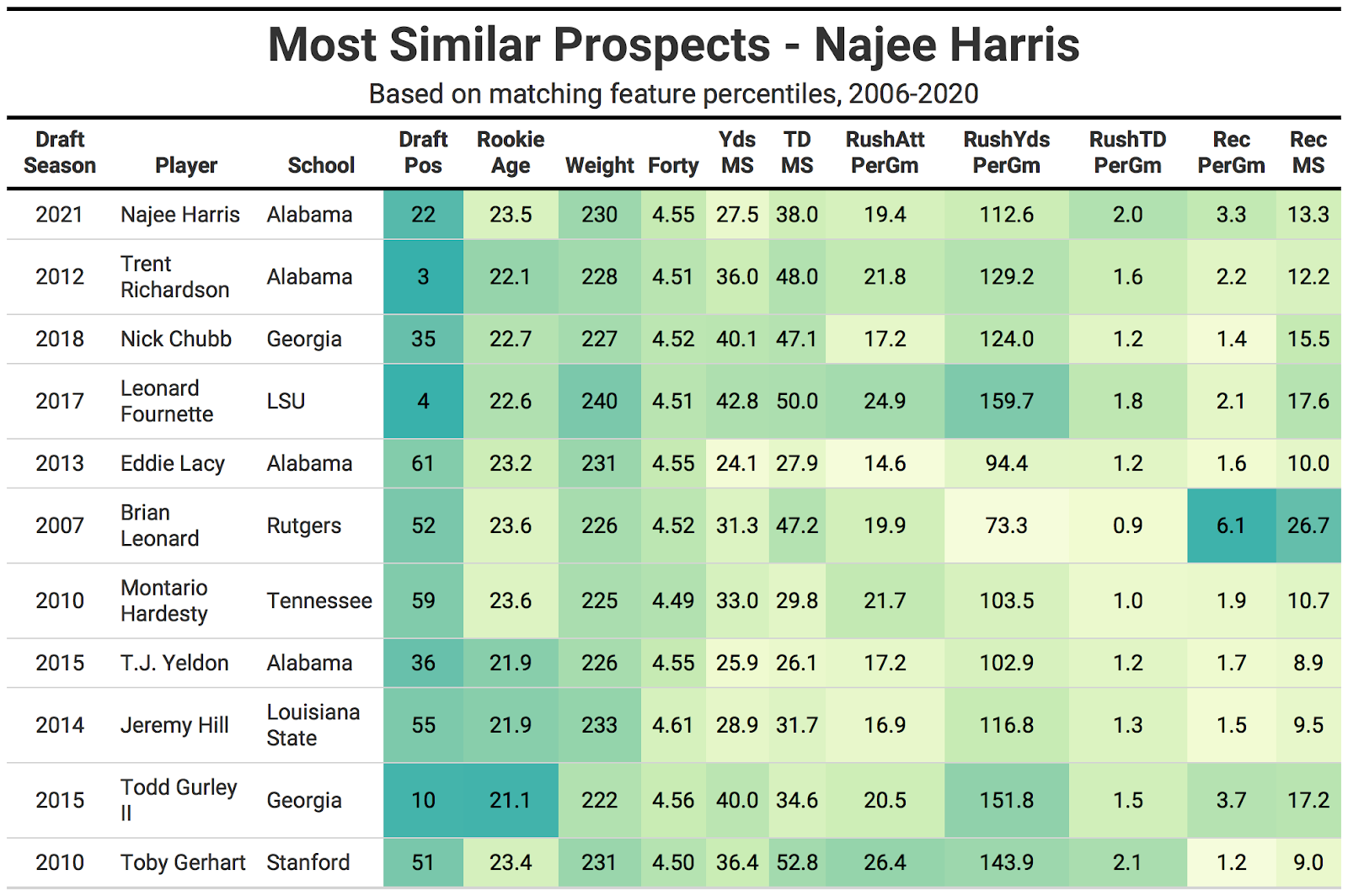 His top comps all had that rare combination of size and receiving stats, with the top seven all accounting for at least 10% of team receptions in their best season.

Harris is significantly older than many of his comps, as he declared for the NFL draft after his true senior season at 23 years of age. Age isn’t a huge factor in running back prospect evaluation, and Harris isn’t exactly a late breakout, given his stellar pedigree that goes back to his college recruitment as the No. 11 overall high-school prospect in the 2017 ESPN 300.