In the past eight weeks, we've gone 19-8 (+8.8 units) on our RB prop bets using rushing yards over expected (RYOE). This is because 18 of the 27 bets were rushing-yard unders, which cash more regularly than overs, as PFF's Ben Brown details in his midseason player prop review.

In this article, 2 unders and 1 over will be given out to maximize profits, but the over should be placed with more caution than the unders. 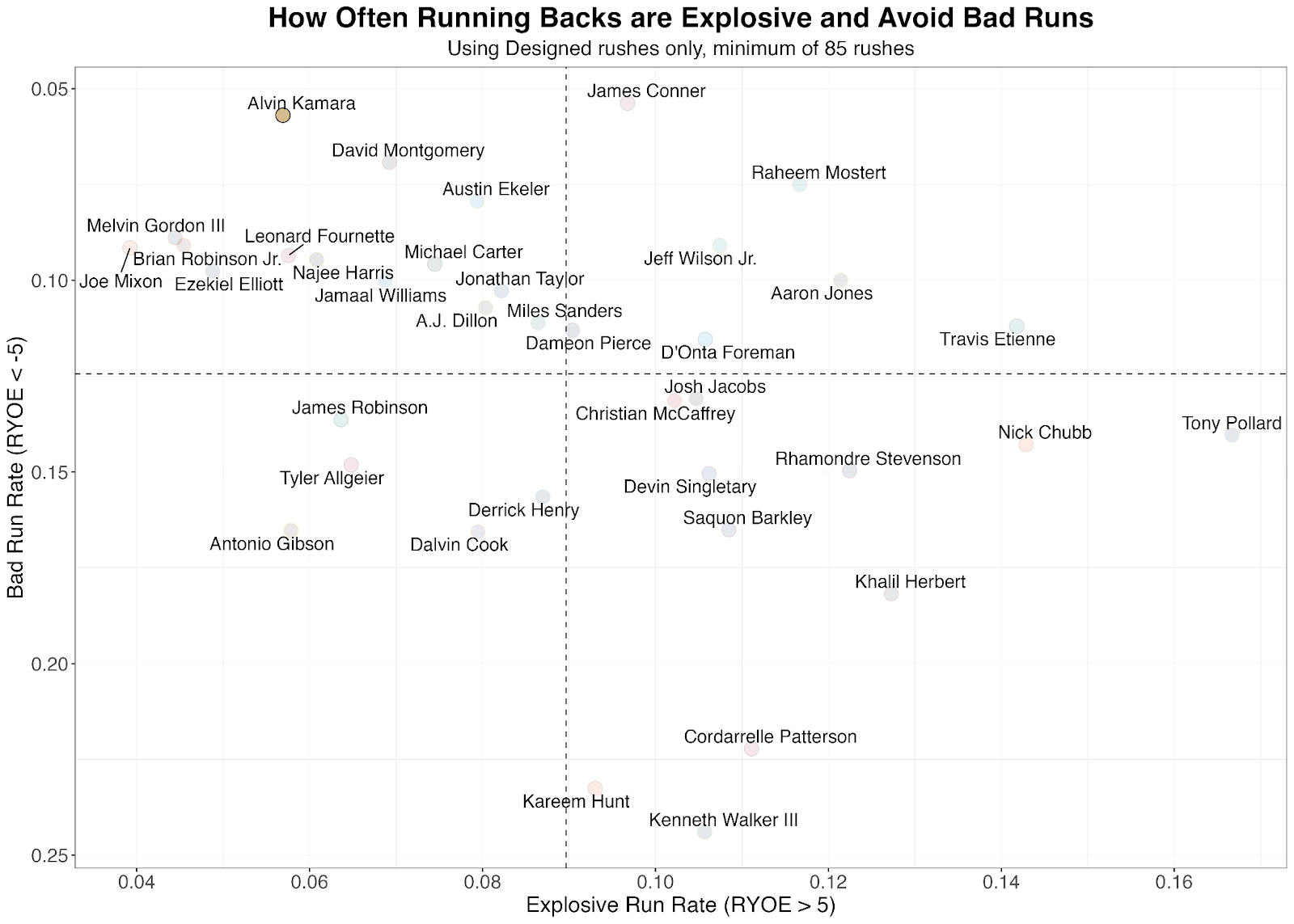 Kamara Hasn’t Been Explosive: The NFL's fifth-least-explosive rusher this season, Kamara rushes for 5+ yards over expectation on 5.7% of his rushes. The quickest way for a rushing prop to go over is an explosive run, but that doesn’t happen often for Kamara.

49ers Run Defense is Strong: San Francisco is currently allowing 3.4 rushing yards per carry, the best mark in the league. On top of that, the 49ers are more than a touchdown favorite, so the Saints will be in a negative game script for most of the game. This will prove to be a tough matchup for the Saints' Kamara-led rushing attack. 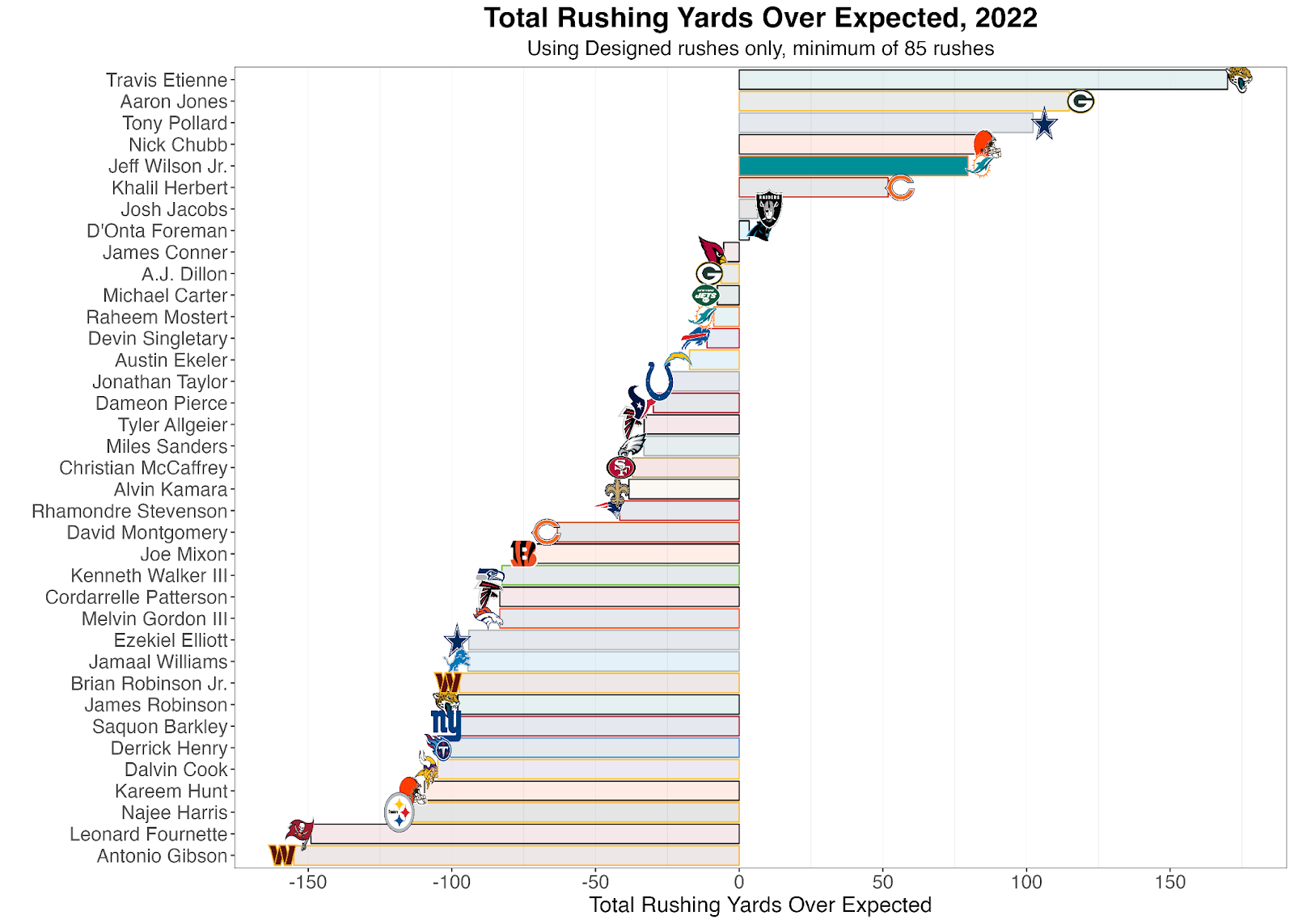 Wilson is an Effective Rusher: Despite playing on both the San Francisco 49ers and Miami Dolphins this season, Jeff Wilson is 5th in total rushing yards over expected. Since joining the Dolphins, Wilson has averaged 0.87 RYOE per carry.

Texans terrible against run: The Texans are currently allowing 5.1 yards per carry, which is 4th-worst in the NFL. They have PFF’s 3rd-worst run defense and 8th-worst tackling grades. 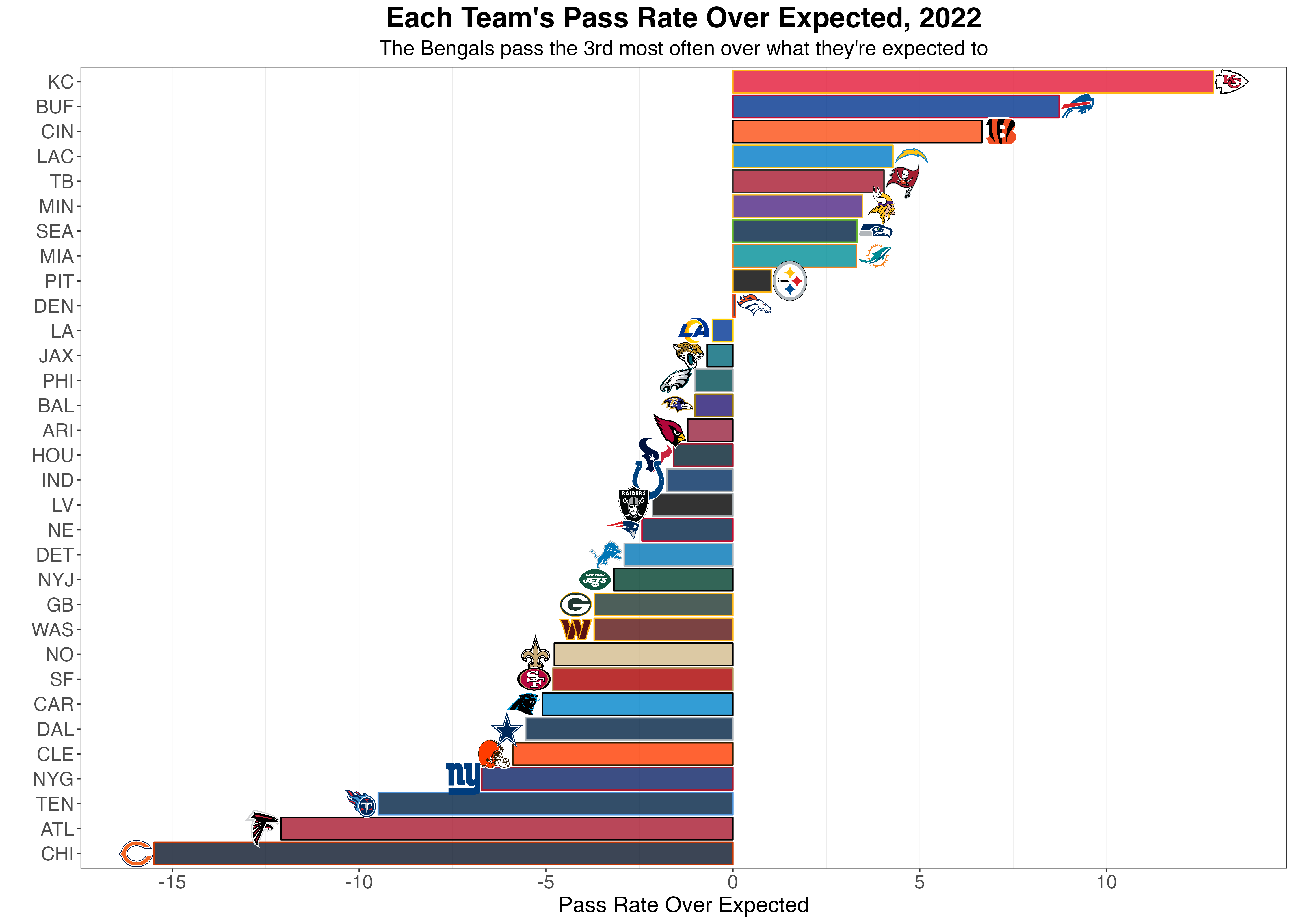 • The Bengals Don't Run Often: Once accounting for game situation and score, the Bengals have the 3rd-highest pass rate over expected in the league. Samaje Perine doesn't get many rushes to begin, so with Mixon out we can expect that to continue as the Bengals prefer Perine as a receiver more than a between-the-tackles rusher.

• Titans Run Defense is Stout: The Titans allow only 3.9 yards per carry this season, 3rd-best in the NFL. They are also PFF’s 3rd-highest-graded run defense unit and should prove to be a tough matchup for the Bengals.