• Kelce has regularly been limited by the Chargers' Derwin James (1 in 5 games with 77+ receiving yards), and with Mecole Hardman and JuJu Smith-Schuster down, it's on Toney to step up.

The goal in this space, then, will be to hit on SGPs that either tell unique stories about games and/or uncover correlated outcomes available only in the SGP market.

Story: Kadarius Toney breaks out as the featured receiver for Kansas City Chiefs 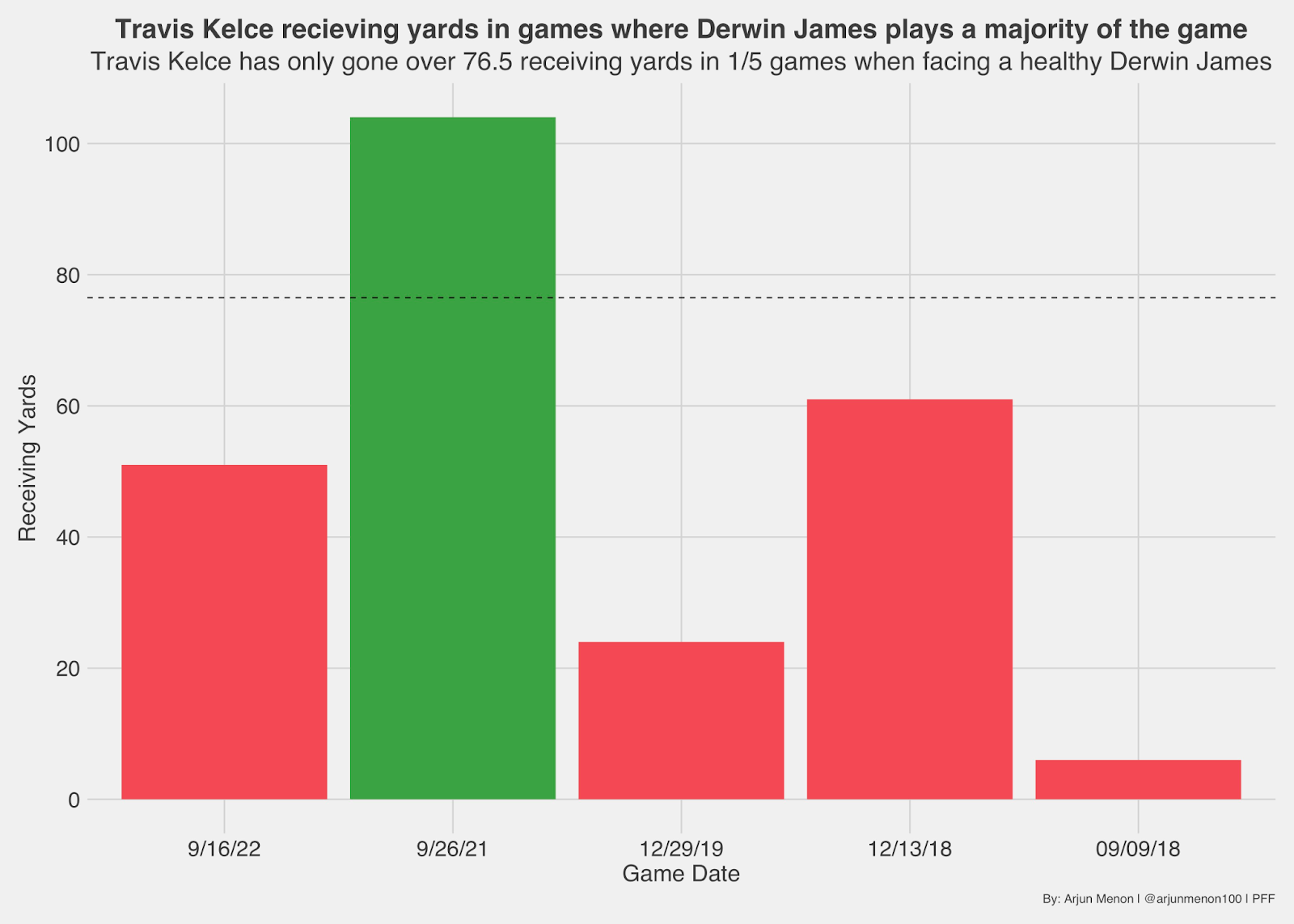 • As PFF’s Arjun Menon noted, Derwin James has done a terrific job limiting Travis Kelce in their 1-on-1 matchups. If Kelce is limited by James, and with Mecole Hardman and Juju Smith-Schuster on the shelf, the Chiefs' targets will flow through Toney.

• Kadarius Toney has flashed elite upside when given the opportunities, and our own stable metrics has Toney as 88th percentile in Separation percentage, 90th percentile in yards per route run, and 92nd percentile in Yards After The Catch.

• An elite underlying profile, paired with potential opportunity catching passes from Patrick Mahomes is the recipe for a huge day.

• Adding in the Chargers moneyline more than triples our odds (the other legs are playable as its own parlay at +2423), and if Kelce is locked up and Toney is having a huge day, it likely means the Chargers are keeping this game close enough for the Chiefs to be passing –or better yet, the Chiefs are passing because they are chasing points. 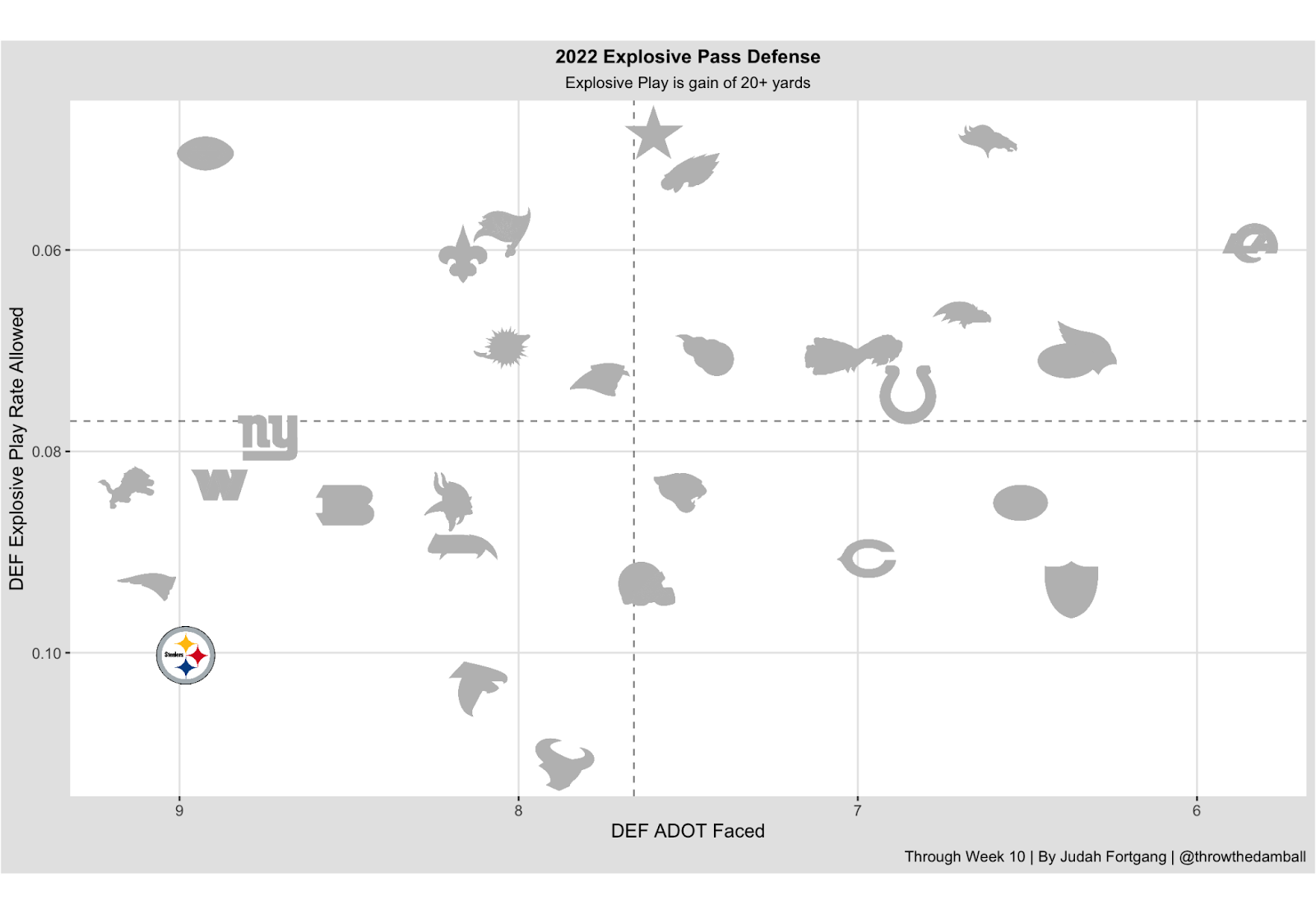 • The Pittsburgh Steelers force teams to throw deep and are one of the NFL's worst units in defending explosive plays. And this Cincinnati Bengals team throws the 3rd-most over expected, meaning there should be plenty of volume to attack a very beatable Pittsburgh Defense. 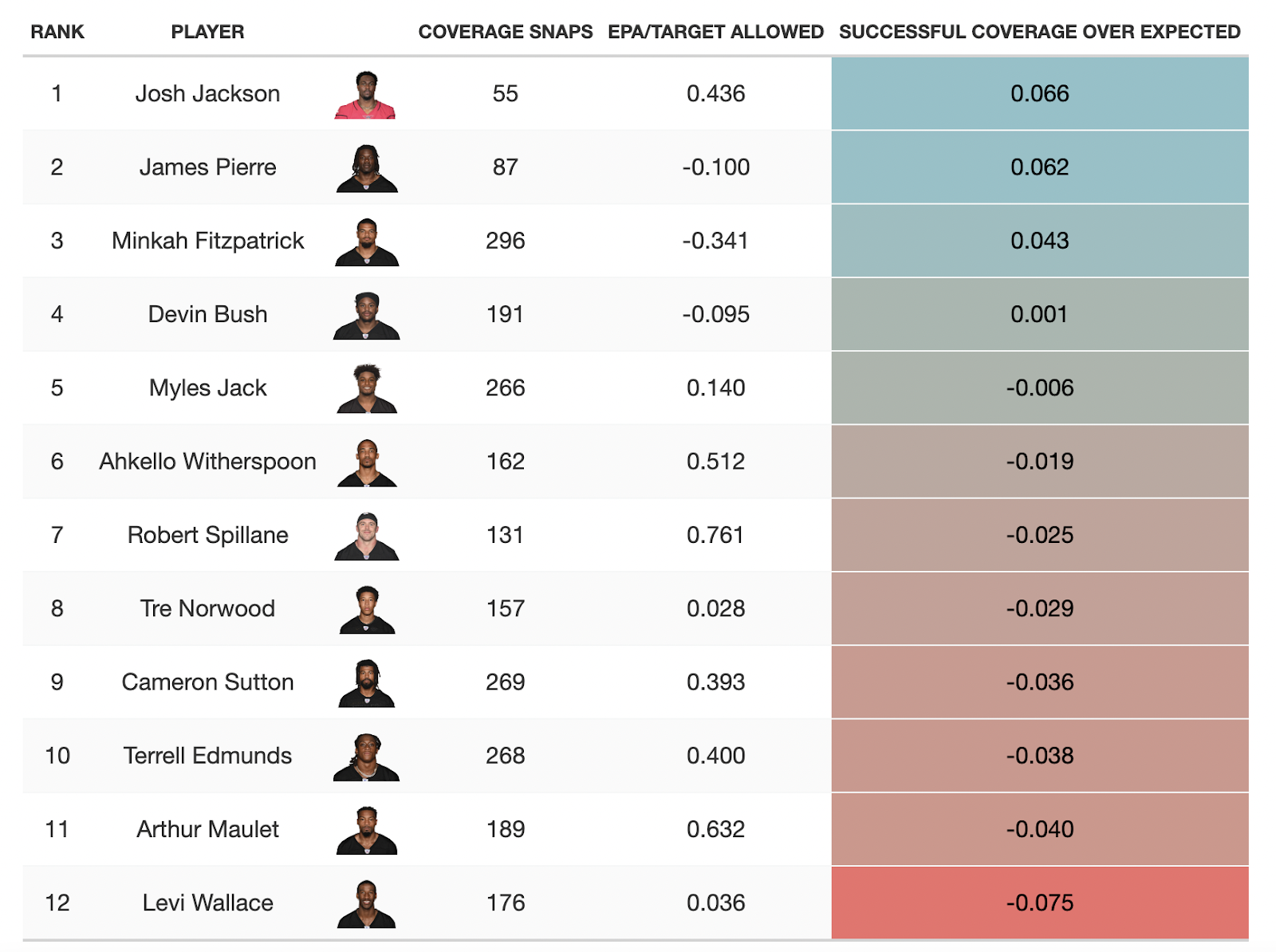 • Cameron Sutton, Arthur Maulet, and Levi Wallace are projected to be the three starting corners for the Steelers  — all of whom have been in the bottom of the league in Successful Coverage Over Expected.

• It is no wonder, then, the Steelers secondary is allowing the 3rd-most targets and 3rd-most yards to receivers. Tyler Boyd and Tee Higgins have combined for 75% of the WR targets since Ja'Marr Chase went down. Look for the production to flow through Boyd and Higgins. 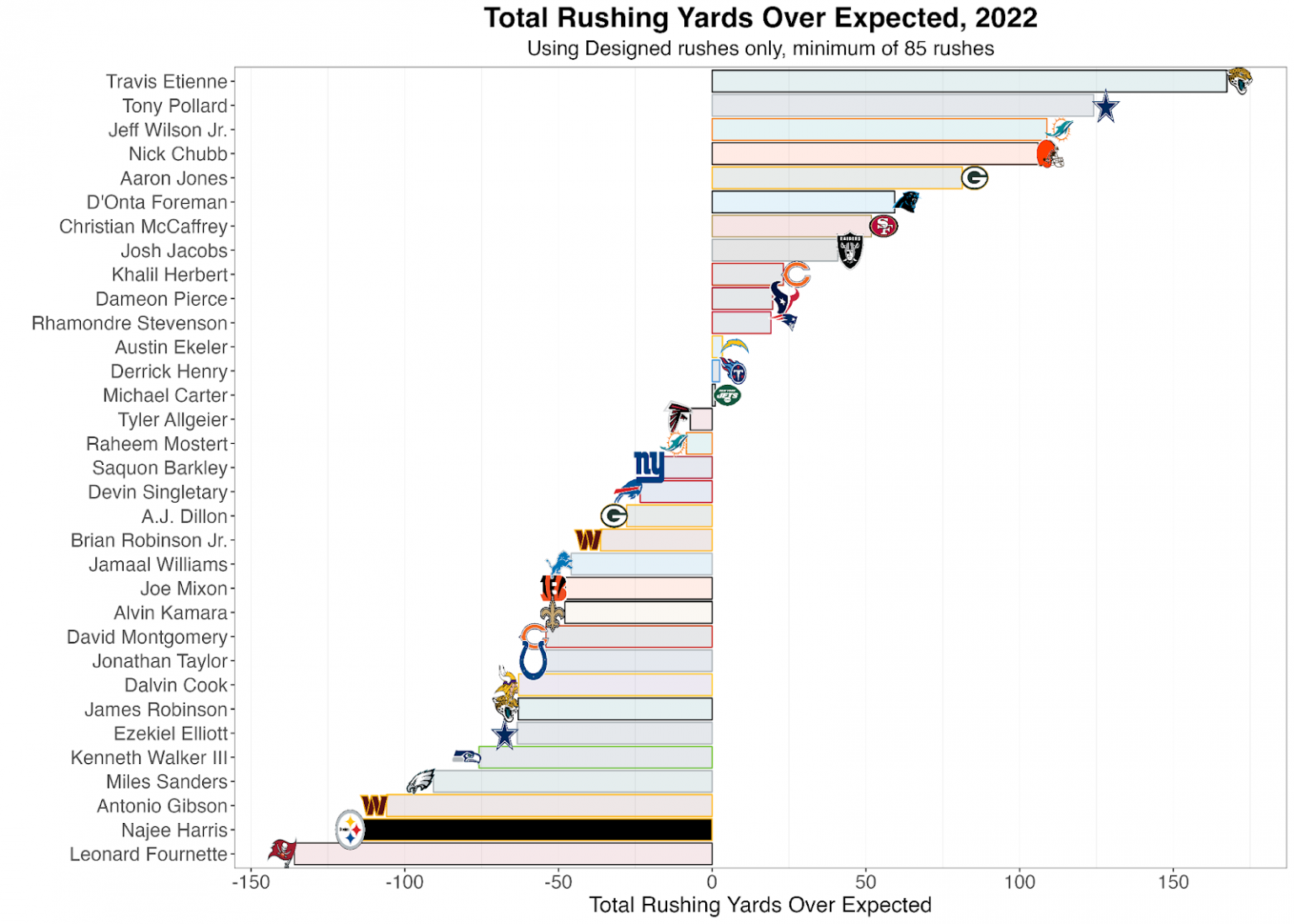 • As Tej Seth highlighted, Alvin Kamara has struggled this year, one of the least explosive runners in the NFL. This could be an issue against a Rams defense allowing the 7th-fewest Yards Per Carry.

• If New Orleans turns to the passing game, the production will flow through Chris Olave, who has nearly one-quarter share of the Saints' total targets. The matchup is unimposing with a Rams unit that's middle of the pack in production allowed to WRs, but no matchup should take us off Olave (9th in PFF grade). 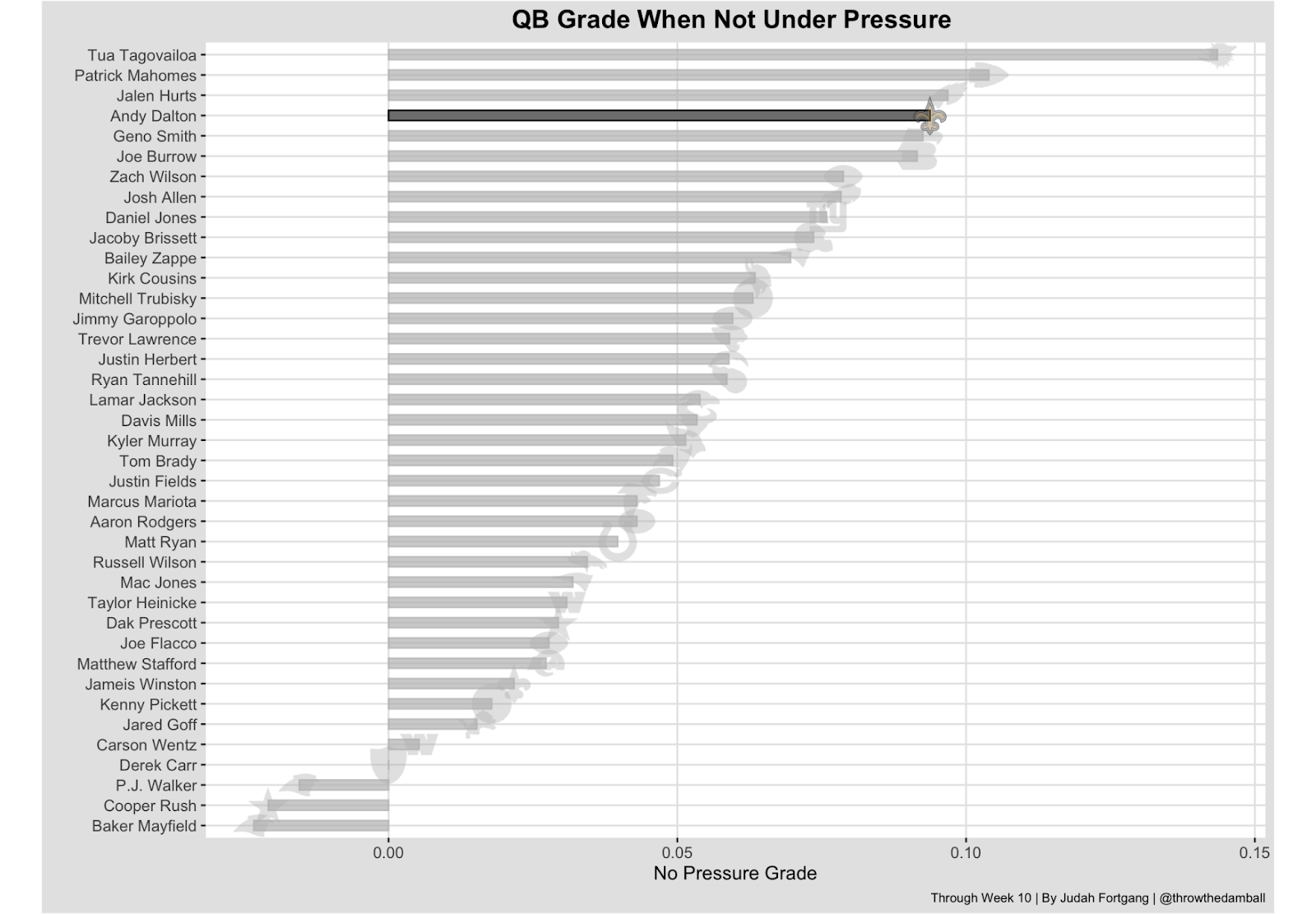 • This could be the spot for the Saints to get going, as Andy Dalton has been terrific when not under pressure and this Rams defense has an NFL worst 21.2% pressure rate.