With the 2021 college football season quickly approaching, we finally have an opportunity to dig into some Week 1 betting totals and get back into the groove of things.

There are a lot of intriguing opportunities on the board to find value before the market really starts to take shape in the days leading up to kickoff. One thing to watch this year is if the increase in scoring continues in 2021 or if it was artificially inflated by all of the outside factors in a coronavirus-impacted year.

Several teams underwent major coaching staff and/or roster changes, so it will be interesting to see how some of those factors impact scoring for those squads this season.

When it comes to totals, I have two separate models that I use in an ensemble to make my projections. One model uses an opponent-adjusted points per drive metric as the main input, and the other uses my opponent-adjusted offensive and defensive ratings as the inputs, similar to an SP+ methodology.

The models were tested on the 2019 and 2020 seasons, and previous seasons were intentionally left out due to an increase in scoring in recent years. For those who may be unfamiliar with the modeling process, models typically split data into a “testing” set and a “training” set. “Training” sets are exactly what they sound like: they are the data used to train the model. The “test” sets are intentionally left out from the model in order to see how the model would perform on the data it has not seen yet. 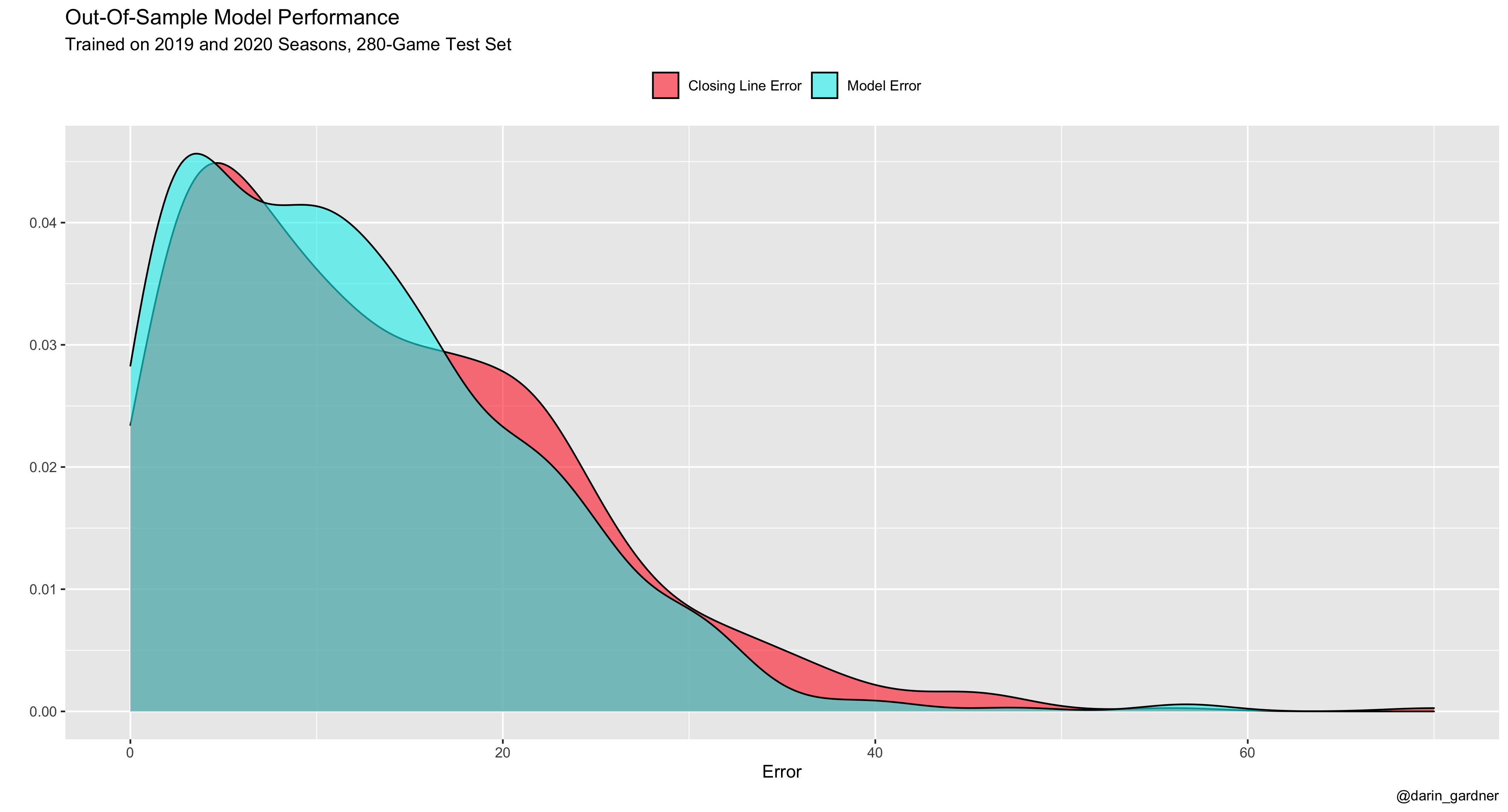 To project teams entering a new season, I have a different model that takes inputs such as recent team performance, long-term program performance, returning production and recruiting rankings. I use these as a prior, and the numbers are updated after every week, continually reducing the priors as new data comes in. Now that we’ve gotten all the nerd talk out of the way, let’s finally get to the picks.

My biggest edge of all the Week 1 games is the under on a potentially exciting matchup between LSU and UCLA. One reason there's such a significant edge on this matchup is the expected improvement from LSU's defense. The unit took a major step back in 2020, but there are plenty of reasons for optimism in 2021, some of which were covered here when it comes to their defensive coaching changes.

Personnel-wise, it’s not hyperbole to say no team really comes close to LSU’s one-two punch at cornerback. The Tigers have the unquestionable CB1 in college football with Derek Stingley Jr., and teammate Eli Ricks doesn’t rank much lower on a list of top cornerbacks. LSU's secondary will likely be the strength of the entire team this season, and that could entice opponents to lean on the ground game a little more to take advantage of a porous run defense.

The Tigers’ front ranked just 103rd in PFF run-defense grade in the FBS last season. The group also just lost defensive tackle Glen Logan to a foot injury — a two-year starter. This weakness also plays into what UCLA wants to do, as it was one of only 17 teams last season to run the ball on at least 60% of offensive plays. Quarterback Dorian Thompson-Robinson was PFF's highest-graded rusher at the position in the Pac-12, and running back Brittain Brown ranked first at his position in the conference, as well. If UCLA continues to run the ball often and successfully, it will likely lead to long possessions, which we always love to see when betting an under.

In our eyes, the best quarterback on LSU’s roster went down with an injury this summer. It was unclear whether Myles Brennan or Max Johnson would have been named the starter if both had been healthy, but it’s all up to Johnson now after Brennan’s injury. Over a very similar sample size, Brennan had the edge just about everywhere.

It's hard to see both of these teams scoring in the high 30s. UCLA likely isn’t going to be airing it out to any degree against this LSU secondary, and one shouldn't expect an offensive explosion out of a Tigers team with an inexperienced quarterback and questionable pass protection.