Late-week betting action isn’t the best approach if long-term profitability is the goal. Game spreads and totals become increasingly sharp moving closer to kickoff, which is why betting game lines early in the week is the best approach.

If betting early in the week isn’t an option, then targeting other markets where lines aren’t stale is key. Beating these markets takes a different approach than those focused solely on the game lines. We can take cues from bookmakers pricing the entire portfolio of offerings on a particular matchup. They arrive at the most likely path the game will travel and then use market dynamics to sharpen the number. In some way, game lines feed derivatives, player props and most other offerings under that matchup umbrella.

Mispriced scenarios should have even worse mispricing further downstream as errors compound. If the game line is only subtly off, it's smart to find where its errors are the most drastic.

The Tennessee Titans' first-half performance last week brought in a +264 winner, as the second parlay was correct on the plus price offering but we failed to see just how dominant Jalen Hurts would be against the Denver Broncos. Our written picks won 1.64 units in Week 10, which moves this article's plays to 9-13 on the season. Plus-priced targets continue to provide money, as we are up +5.39 units this season.

Using the approaches above, let's find the best last-minute NFL bets ahead of Week 11.

PFF’s betting model believes the Packers -1 is the Week 11's biggest spread value. The PFF Forecast podcast locked in Green Bay as its one play, as PFF’s model assessment found the most disagreement with the betting market on this matchup. Another approach could be to target some derivative markets in a parlay.

Minnesota has been lights out to start football games this season and is now tied for the best EPA on scripted pass plays. 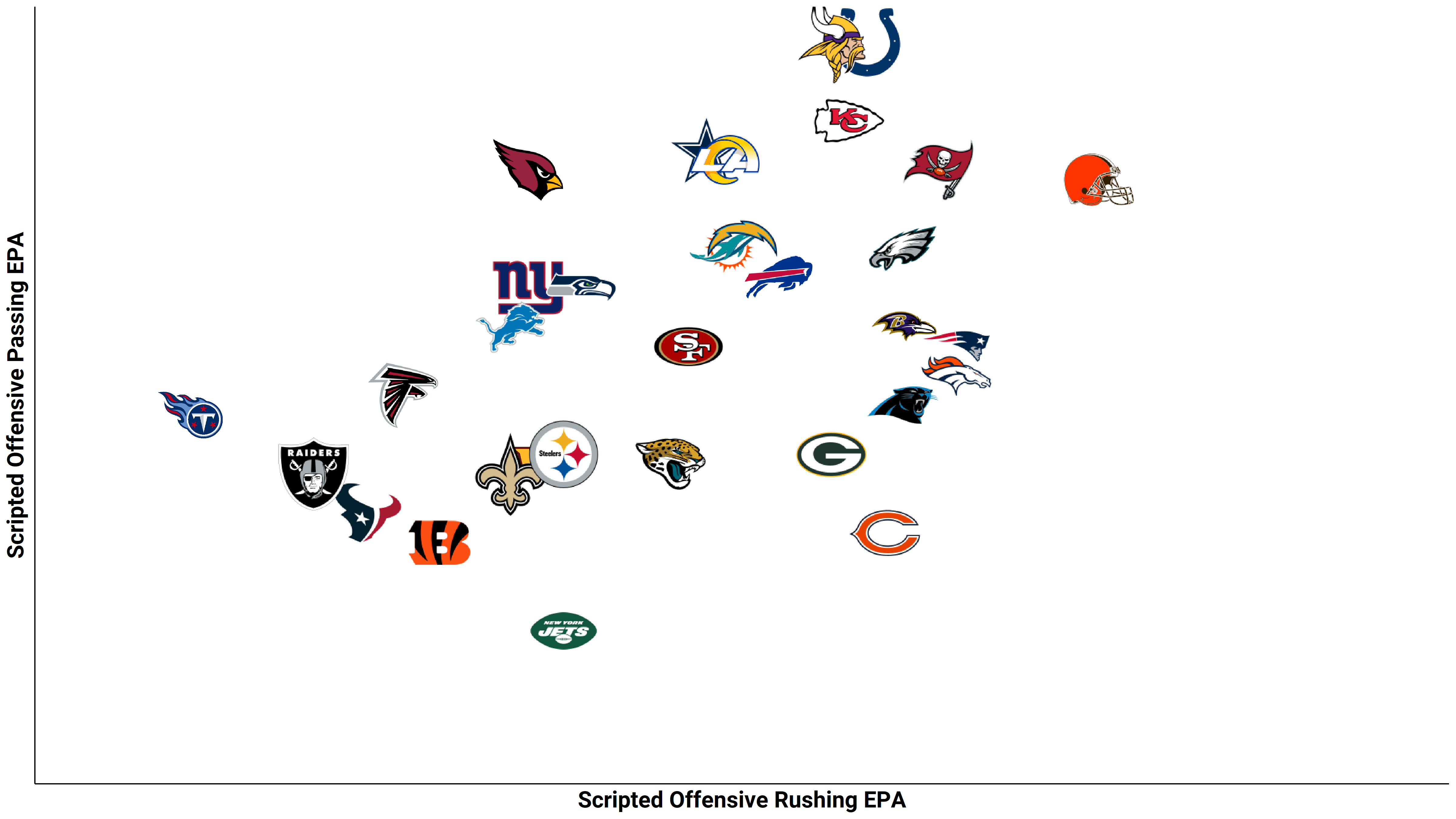 Justin Jefferson‘s involvement early last week led to successful results and should be a point of emphasis heading into a matchup with Green Bay. The first-half total going over 23 points should hit easily if both offenses perform up to expectation early in the game.

The movement on the spread indicates some market disagreement on who should be favored in this matchup and how much home-field advantage is actually worth. Bettors typically target moneylines to avoid the push probability, but with first-half lines offering higher potential, they can often be worthy candidates to include in parlays. Given the model preference for the Packers, they look like the clear side to play on the first half moneyline as well.

Pick: Packers First Half ML and Over 23 First Half Points (+257 Caesars)