Highlighting the 10 pass-catchers PFF projects to go over 1,200 receiving yards in 2019

Below, we’ve highlighted the 10 pass-catchers PFF currently projects to go over 1,200 receiving yards in 2019. 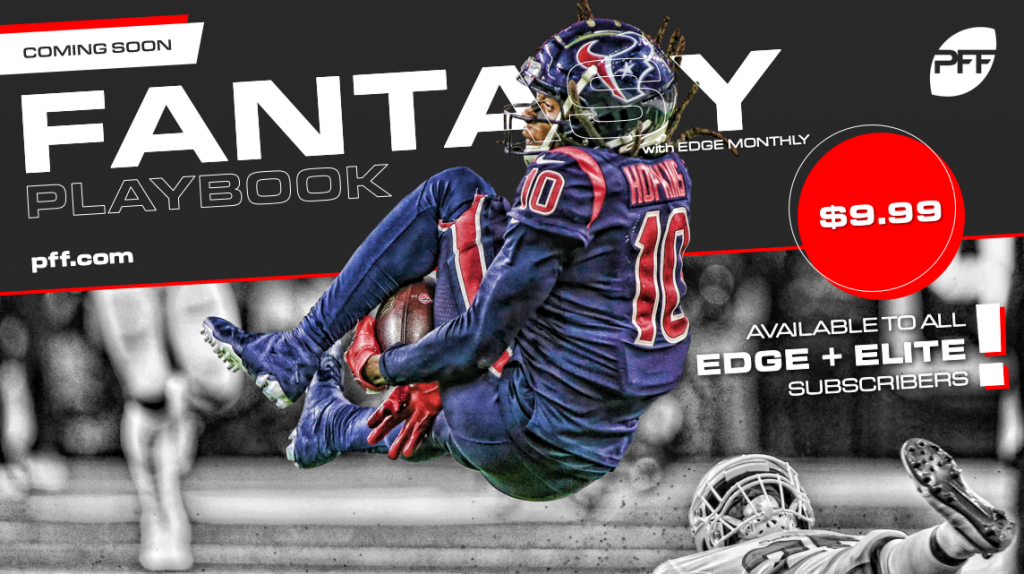 No surprises here. Jones has earned 90.0-plus overall grades in four consecutive seasons now, including his 90.9 overall grade in 2018. Since he entered the league in 2011, Jones ranks second in receptions (698), second in receiving yards (10,731), third in receiving yards after the catch (3747), second in first down receptions (495) and first in explosive plays (302) among receivers in that span. This is all while grading among the top-five players at the position in each year since 2014, including a three-season run from 2015 to 2017 where he finished as the highest-graded receiver in football. He has also led all qualifying wide receivers in yards per route run in five of the last eight NFL seasons.

As efficient and as talented as they come, Jones just needs to stay healthy to accumulate enough targets to finish 2019 as a top-producing wideout. His current stat projection is 101.5 receptions, 1,516.3 yards and 7.7 touchdowns. 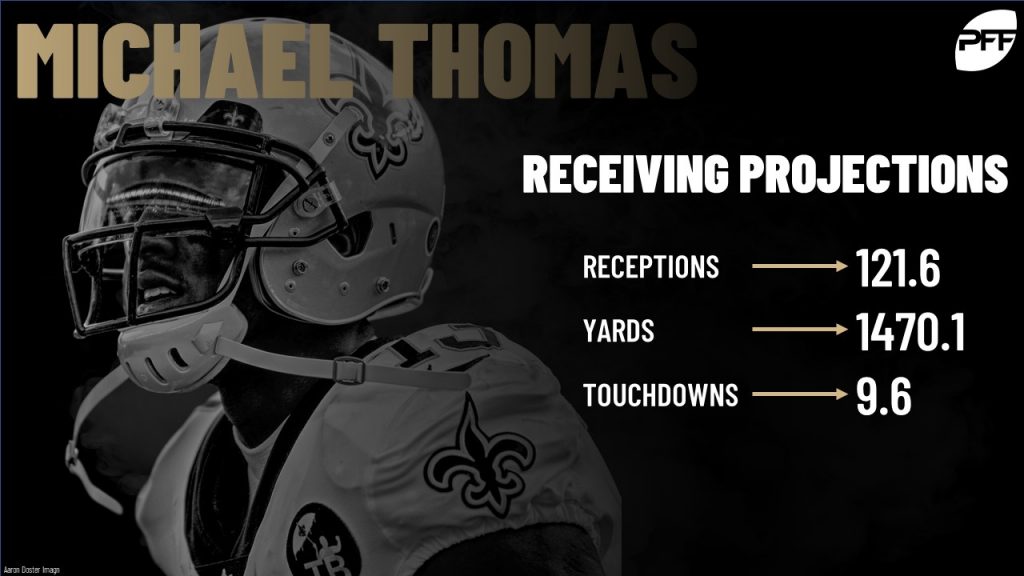 Only Julio Jones (94.3) has earned a higher receiving grade than Thomas (93.2) among the 82 NFL wide receivers with at least 900 routes run over the past three seasons (2006-18). Thomas also ranks third on the list in passer rating when targeted (116.8) and yards per route run (2.39), catching 352-of-448 targets for 4,210 yards, 202 first downs and 26 touchdowns in the process. He is also one of seven receivers with two single-season receiving grades above 90.0 in the PFF era (2006-18): Julio Jones, Antonio Brown, DeAndre Hopkins, Brandon Marshall, AJ Green, Odell Beckham Jr. and Thomas are the only wideouts who lay claim to the feat.

Put simply, Thomas’ three-year start in the NFL is hands down the best we at PFF have seen from a wide receiver. His overall efficiency, contested-catch ability and a knack for winning critical downs all combine for one of the best receiving talents in the league — the odds-on favorite to take the torch from Julio Jones in the near future. Thomas’ projected stat line is currently 121.6 receptions, 1,470.1 yards and 9.6 touchdowns.

Too often overlooked in a league chock full of high-end receiving talent, Allen is a freaky route-runner with profound ability in the red zone and great versatility. His two-year receiving grade (91.2) ranks fourth among the 84 NFL wideouts with 100 or more targets since 2017. Only Michael Thomas, DeAndre Hopkins and Julio Jones rank ahead of the oft-overlooked Chargers phenom. He also ranks third in yards per route run (2.43) and tied for 10th in passer rating when targeted (111.6) among the same group of qualifiers.

Capable of winning at all areas of the field from varying alignments, Allen should see the lion’s share of the Bolts’ targets, and he should waltz his way to high marks across the board at the season’s end if he can stay healthy. PFF’s current projection for Allen is 108.5 receptions, 1,385.6 receiving yards and 7.1 touchdowns. 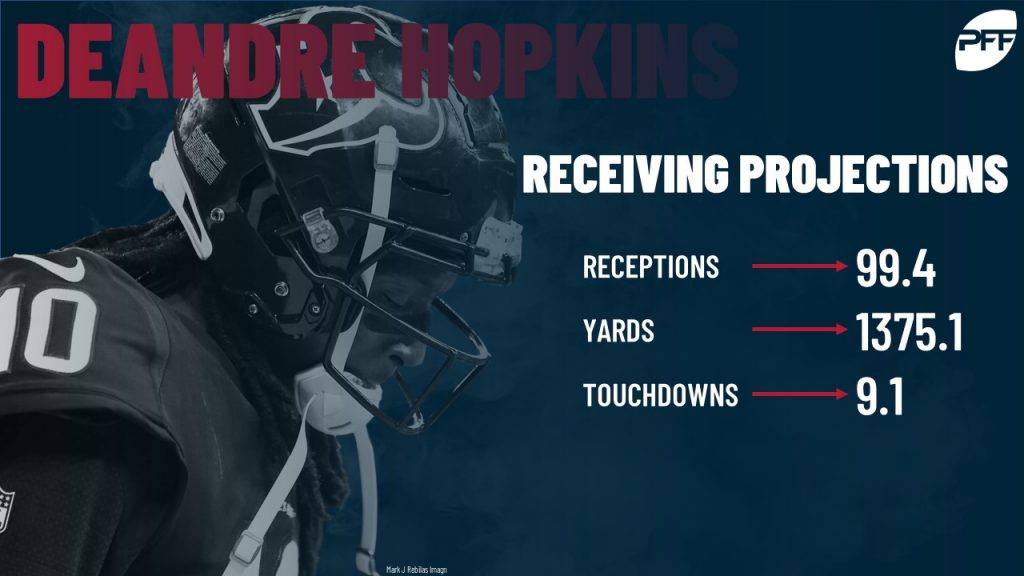 Nuk Hopkins exploded in 2018. Earning a league-high 92.5 overall grade in 2018, Hopkins took home PFF’s award for the best receiver in the NFL at the end of the year, beating out the legend that is Julio Jones. PFF’s data scientists, Eric Eager and George Chahrouri, took a deep dive into the numbers to detail why Hopkins finished ahead of Julio in grade, the award race and the 2019 PFF50.

“Since entering the league in 2013, Houston Texans wide receiver DeAndre Hopkins’ value has fallen a bit short of Atlanta Falcons star Julio Jones and his prodigious production in each of his first five seasons, with the former saddled with an unrivaled level of disgusting quarterback play. The 2018 season was a different story, however, as Hopkins led all wide receivers by generating 1.9 WAR, over half a win more than Julio, and earning a 92.4 overall grade (Julio — 90.9) while playing 331 more snaps than Jones. Availability is important, and having DeAndre Hopkins on the field on virtually every snap is more valuable than having him (or Jones) on the field 85% of the time. This has been a staple of Hopkins’ game, having played the highest percentage of available snaps among all wide receivers since he entered the league.”

Expected to continue his reign of terror on opposing NFL secondaries, Hopkins is projected to record 99.4 receptions, 1,375.1 receiving yards and 9.1 touchdowns in 2019.