The Jacksonville Jaguars defeated the Atlanta Falcons on Saturday night, 17-6, continuing the third full week of preseason action in the NFL. 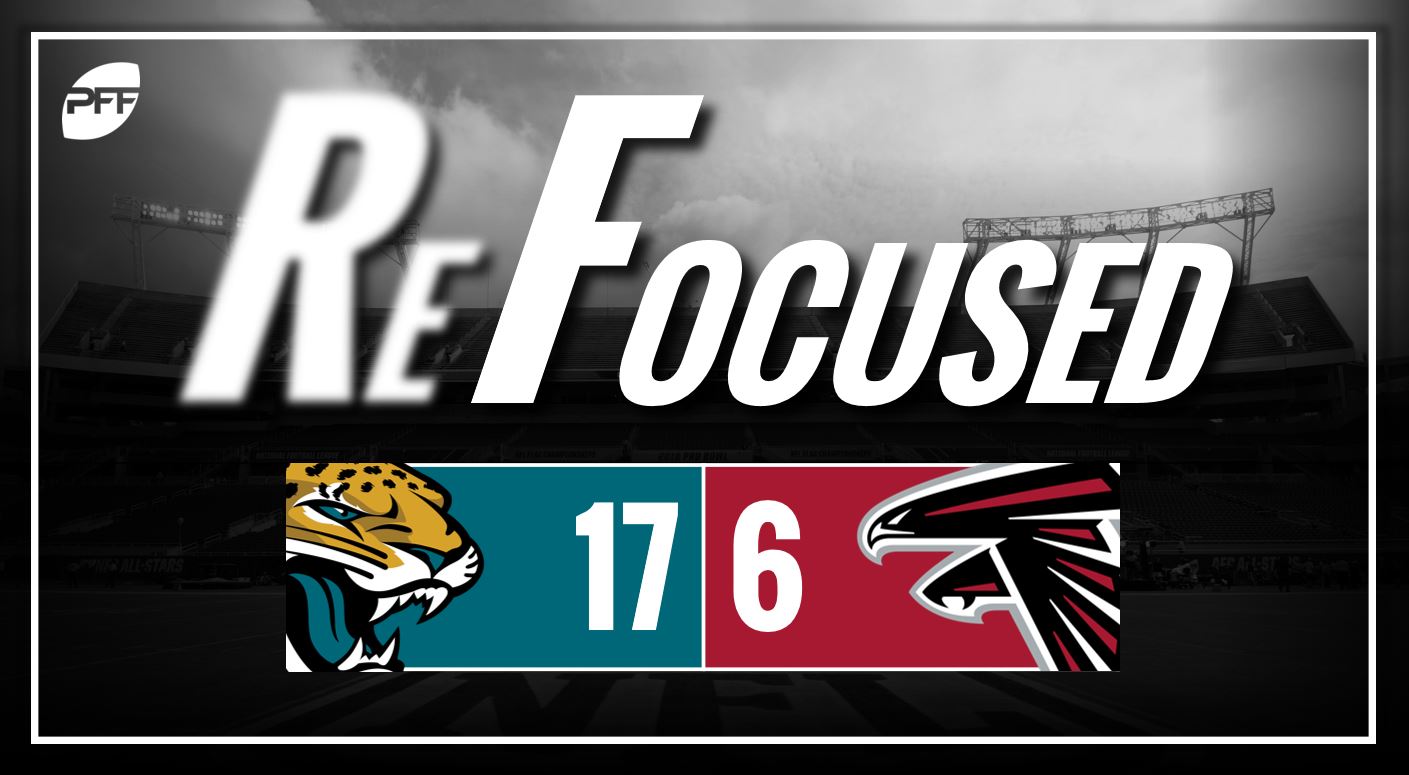 After a strong game last week, rookie wideout Calvin Ridley struggled with dropped passes against Jacksonville. He nearly had a receiving touchdown, but safety Jarrod Wilson made a nice pass breakup in the end zone.

Rookie quarterback Kurt Benkert didn't finish with a strong stat line, and his PFF grade won't jump off the charts, but his passes were just inches away on a number of plays down the stretch. He had a great pocket presence for a rookie quarterback and showed a lot of traits to be encouraged about.

Cornerback Robert Alford may have made the play of the night in the first quarter. Alford read Blake Bortles' eyes and undercut the pass over the middle, which led to an easy interception.

The Falcons' defensive front had their way with the Jacksonville offensive line. Jacksonville quarterbacks rarely made a throw without a Falcons defender in their face. Atlanta routinely dialed up complex blitz packages that the Jaguars were unable to handle.

Running backs Corey Grant and Leonard Fournette carried the Jacksonville offense. Fournette had a brilliant touchdown run in which he sliced up the Atlanta defense. While Grant looked explosive as he created big plays in both the pass and run game.

The size and strength of interior defensive lineman Sealver Siliga was too much for the Falcons' interior offensive line to handle. The 345-pound defensive tackle consistently held his ground in run defense and got a good push as a pass rusher. He didn't get to the ball-carrier a ton, but he did the dirty work in the trenches that freed up his teammates to make plays.

The Jaguars' backup cornerbacks had issues staying with the Falcons receivers in coverage, but they were regularly bailed out by drops and inaccurate passes. The Falcons left too many plays on the field, and Jacksonville ultimately held strong in the red zone to secure the win.

Atlanta: The Falcons failed to take advantage of their trips into Jaguars territory. Credit the Jacksonville defense with making key stops on third and fourth down in the red zone, but Matt Ryan and Kurt Benkert both failed to capitalize on the opportunities the Jaguars gave them.

Jacksonville: As Bortles struggled with accuracy, Jacksonville had to rely on its short passing and ground game to move the chains. The Jaguars were able to pound the ball on the ground and their running backs were also dynamic after the catch when utilized as receivers.