Now two years into their NFL careers, the 10 players below are among Pro Football Focus' favorites from the 2017 NFL Draft heading into the 2019 season.

[Editor's Note: The grade in parenthesis is each player's two-year overall grade measured across the 2017 and 2018 season, including postseason snaps played.]

Among the 41 signal-callers since 2006 with 200 or more regular-season dropbacks in their second season in the NFL, Mahomes’ 92.7 passing grade from a clean pocket – one of PFF’s least volatile metrics – ranks No. 1. He also ranks fourth on this list in big-time throws (22), first in adjusted completion percentage (81.63%), and first in passer rating (129.4). His 2018 season is truly a level of play we have never seen from a second-year quarterback in the PFF era (2006-Present).

Kamara’s two-year overall grade (91.4) ranks second behind Mahomes among all qualifying offensive players from the 2017 NFL Draft and first among all running backs in the class. He has forced an absurd 0.201 missed tackles per touch and averaged 3.12 yards after contact per touch through two seasons with the Saints. His contact balance and elusiveness combined with his dynamic pass-catching ability are among the best, if not the best in the NFL right now.

Earning 81.9 and 80.4 overall grades in 2017 and 2018, Godwin leads the 2017 wide receiver class in two-year overall grade at 84.5. He still isn’t the best downfield separator compared to other skilled route runners in the NFL, but what Godwin does well – making contested catches – he does really well. Among the 49 NFL wide receivers with at least 30 contested-catch opportunities in the last two seasons, Godwin ranks fifth in contested-catch rate at 54.5%. 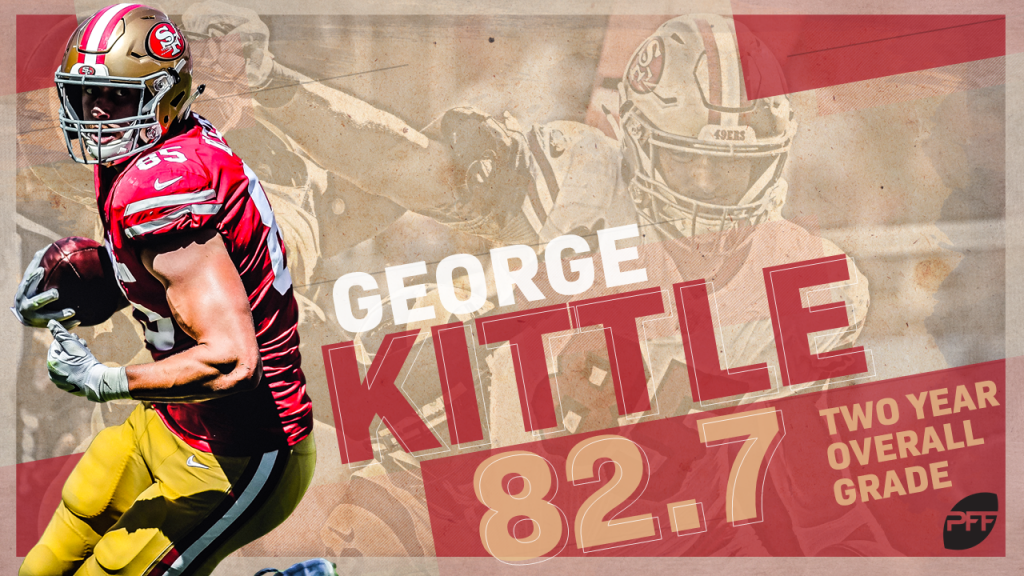 Ramczyk is the second Saints offensive player to make this list, and he makes this list for good reason. Not only did he earn the highest two-year grade (84.1) of any offensive linemen in the 2017 class, Ramczyk’s 82.2 overall grade in Year 2 of his career ranks seventh in the PFF era among 137 offensive tackles with at least 300 offensive snaps in the second season in the NFL.

Injuries and inconsistency have kept Allen from reaching his maximum potential in the NFL, but what he’s done is still extremely impressive. His 11.7% pass-rush win rate leads all qualifying interior defensive linemen from the 2017 NFL Draft, as does his 9.3 pressure percentage and 51 total pressures. He is easily the best interior pass-rushing talent in the 2017 class and is within reach of elite play if he can improve his game-to-game consistency and stay healthy. 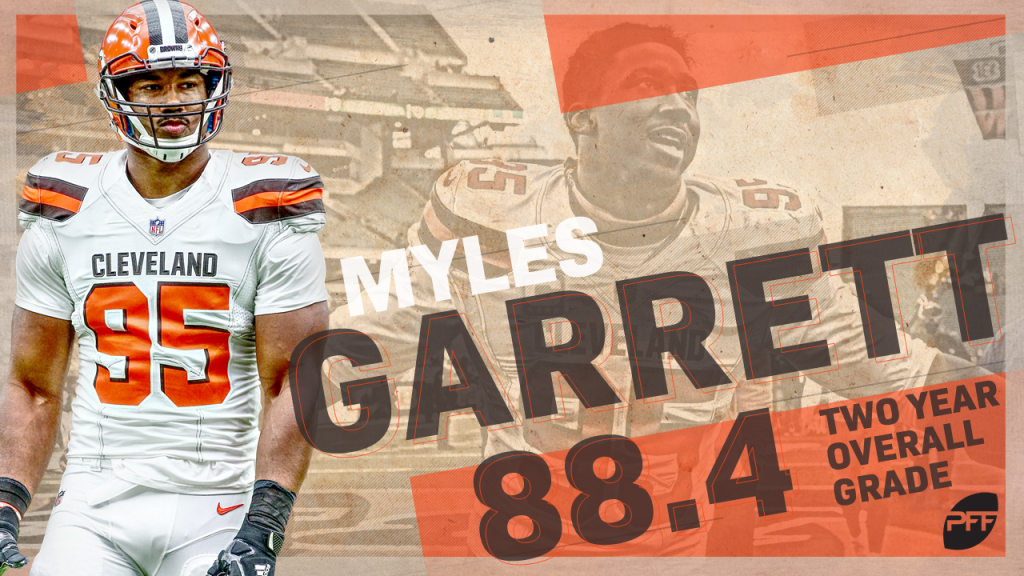 Quality coverage linebackers are paramount to successful NFL defenses in today’s pass-happy league, and Tennessee is one of the select few teams that may just have one in Brown, a fifth-round pick out of UCLA in 2017. The 6-foot, 231-pounder was originally doubted because of his slight frame but is now coveted for just that, as his strong safety-like build pay dividends when asked to cover wide zones or match and mirror tight ends in man coverage. Brown’s 84.5 coverage grade in 2018 ranks seventh among the 119 off-ball linebackers with 30-plus targets as second-year players in the NFL. The group of seven ahead of Brown on the list includes Patrick Willis (91.1), Deion Jones (91.1), and Lavonte David (87.4).

While he doesn’t play along the sideline, King is a game-changer that every team wishes they had a version of playing slot cornerback in their defense. The former Iowa standout earned a 90.9 coverage grade in the slot in 2018, a mark that ranks second in the PFF era among primary slot cornerbacks with 25 or more targets as second-year players. Also, his 90.9 two-year overall grade leads all cornerbacks from the 2017 NFL Draft. He’s a ball hawk with plus instincts and explosive breaks that has dominated the NFL in shallow zone coverage looks in his two years in the league. King, Derwin James, Casey Hayward and now Nasir Adderley are going to be a force in 2019.

Jackson’s 2018 season was absurd on all accounts. His 93.2 overall grade and 94.7 coverage grade were both the highest marks we’ve ever recorded a second-year NFL safety. He turned turnovers into touchdowns at an alarming rate and always found his way to the ball. Regression is in order for the former Alabama product given just how outstanding his sophomore season was, but Jackson shouldn’t fall far in 2019.