Fleshing out an already talent-rich roster, the Jacksonville Jaguars mainly added valuable depth at several positions in the 2018 NFL Draft, improving their chances of another deep playoff run if the man under center can keep pace.

Former Florida interior defensive lineman Taven Bryan, Jacksonville’s first-round pick in the draft, is expected to play in rotation with star Malik Jackson and Marcell Dareus. Slotted as out No. 3 interior defender in the class, Bryan earned career-highs in overall grade (89.1), total pressures (31) and defensive stops (25). He may be a bit of an unfinished product at the position, but his explosive first step and motor creates for a high floor at the next level. 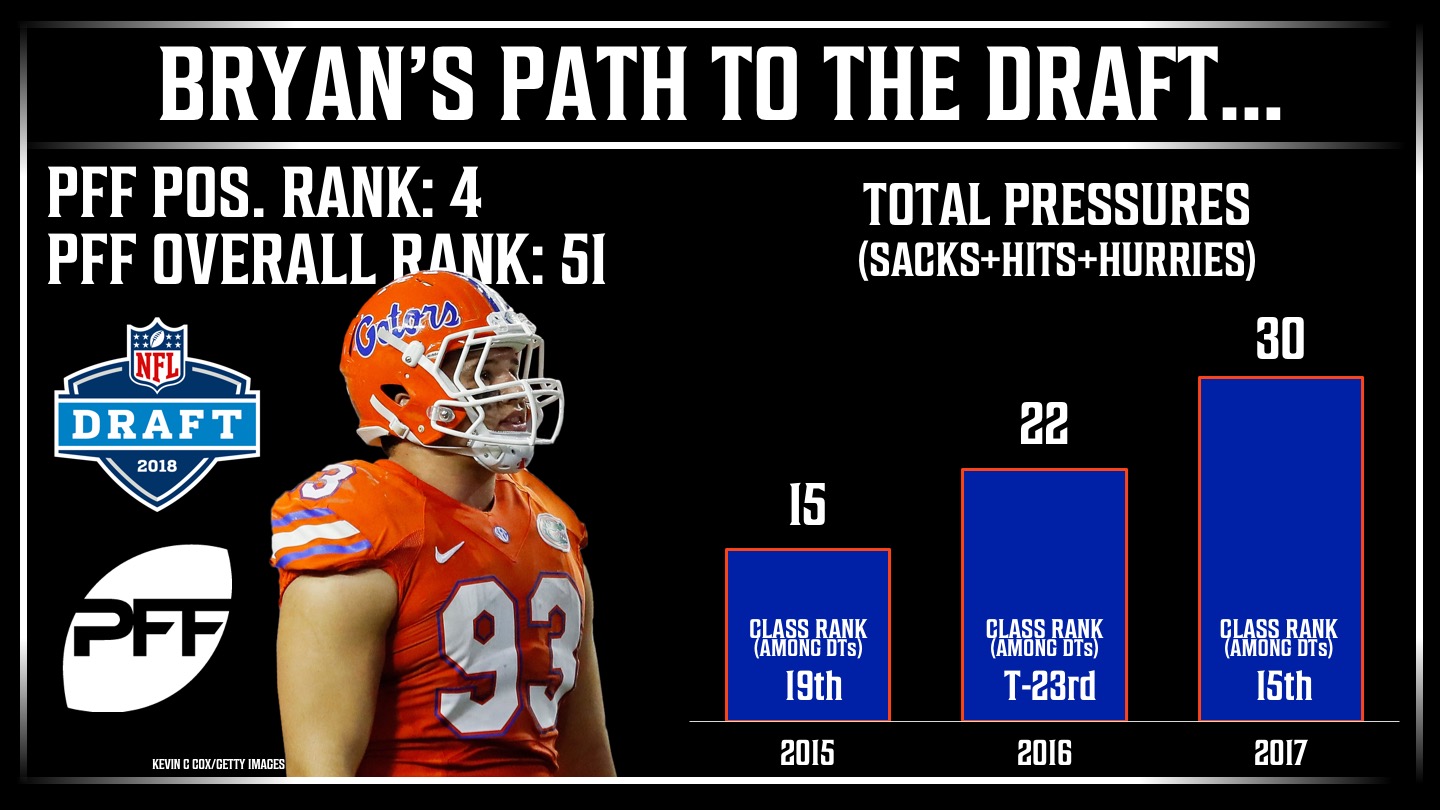 The 6-foot-3, 199-pound Chark is a true deep threat with big-play potential early in his career, but his sparse route tree will require work for him to develop into a primary receiver in the league. He ranked inside the top-five in deep receiving yards and catch percentage on deep passes among draft-eligible wide receivers in 2017, leading to a career-high 82.8 overall grade.

Harrison earned an 85.1 run-defense grade and ranked 10th in run-stop percentage among qualifying draft-eligible safeties in 2017. He also performed well on passing downs when positioned near the line of scrimmage, covering bigger tight ends with great success and timing blitzes well. He can add value to Jacksonville’s defense as a rotational in-the-box safety starting in Week 1.

Though buried on the depth chart behind Calais Campbell, Yannick Ngakoue and Dante Fowler Jr., former Wisconsin edge Leon Jacobs can far out-play his seventh-round draft status when given the opportunity in the future. Though limited to less than 1,000 defensive snaps with the Badgers, Jacobs flashed significant potential in his final season in Madison, earning a career-high 80.5 overall grade.