• Bet Cardinals alt line -5.5 at Vikings (+285): The Market hasn't properly adjusted for the multiplier effect of DeAndre Hopkins, PFF's second-best receiver in terms of WAR since 2017.

• Vikings QB Kirk Cousins' -0.21 EPA against the blitz is sixth-worst in the NFL, and Arizona blitzes at the third-highest rate.

DeAndre Hopkins is back, and his increasing returns to a team desperately needing success on scripted plays suggests the Cardinals will improve an offense that has been about league average and is being priced as such. The Vikings are priced as 9th-best team — not by their efficiency but seemingly because of their 5-1 record, even against weak opponents. Add in matchup edges for Arizona's blitz-happy defense, and with Hopkins teeing off against PFF’s 90th-ranked corner, and this could be a long day for Minnesota and a nice tails cash for us.

• Pricing in the return of key players is one of the more difficult midseason tasks in betting: Hopkins is perhaps example No. 1 as a player whose importance cannot be overstated. Over the past 5 seasons, only Davante Adams has added more WAR among WRs than Hopkins. Nuk's return from suspension in Week 7 is hard to precisely quantify and project, but that is also a source of value if we project improved offensive output for the Cardinals while the market prices in their current point.

• Multiplier Effect: The obvious objection is that Hopkins' return should be baked into the line — and this might be partially true in the sense that the line prices in Hopkins' point-spread value. But I’d argue there is a multiplier effect for Hopkins to the Cardinals in his dominance on scripted plays. The story of the Cardinals' offense so far this season is one of immense struggles early before turning it on later in games and leveling out as an average offense. 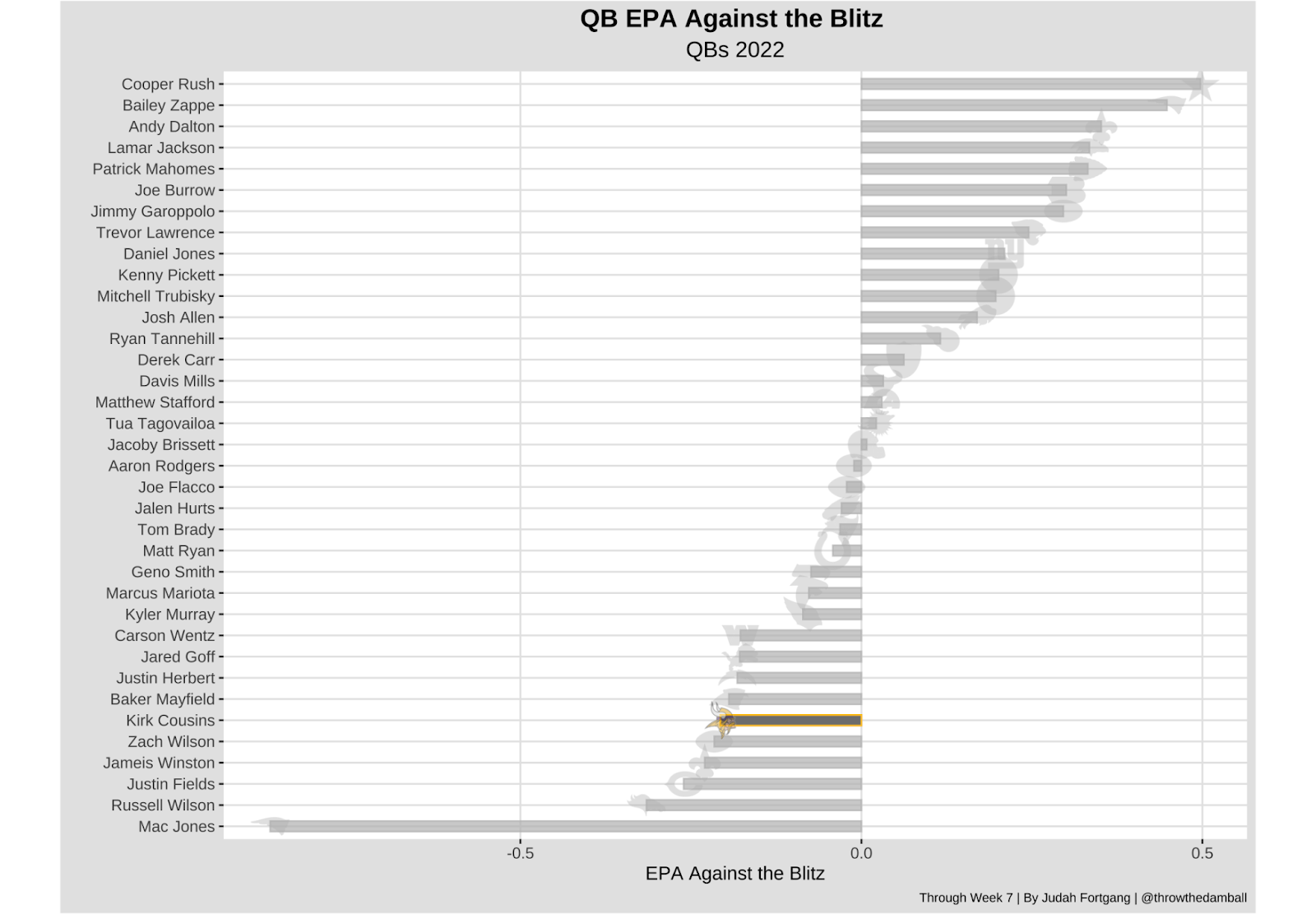 • Law of Increasing Returns: The returns would diminish if a team like the Kansas City Chiefs added a player like Hopkins, because there is only so much more they can improve. But for Arizona, a team that struggles so mightily on scripted plays, the law of increasing returns suggests Hopkins' return will critically enhance this offense. These increasing returns, I don’t think, are being properly priced into the market.

The spread in this game is currently pricing a large disparity between the Vikings and Cardinals, ranking Minnesota as the 9th-best team, and AZ as the 16th-best. But does this hold up to the efficiency of these teams and realistic projections going forward?

• Vikings, Cardinals in same tier: Despite Arizona's struggles on scripted plays, at least according to EPA, these teams are roughly the same fundamentally. The Cardinals have produced a slight edge on offense, and the Vikings a slight edge on defense.

• Cardinals aren't who market thinks they are: The market, and the No. 16 rating according to Inpredict’s spreads, is seemingly pricing in Arizona's production so far this season. But this is before accounting for the projected increase in efficiency on the scripted plays and, even generally, Hopkins’ contribution to the offense. I would suggest a mispricing on the Cardinals here.

• Arizona has played the 11th-hardest slate of opponents, while Minnesota has faced the 7th-easiest schedule, per PFF Greenline: And that's with the Vikings facing 2 backup QBs and having only one win by more than a full score (4-0 in 1-score games). Their 5-1 record, when looking at their place on the graph and their previous matchups, looks unimpressive and speaks to potential.

• Two-sided misprice: If anything, the matchups suggest the Vikings will regress more toward their efficiency mark at about league average, not #9.

While fundamental value is important in making a bet and is certainly a large part of this handicap, if leveraging some alt-line odds, we're also looking for matchup angles that suggest the market's mispricing will show up in this game.

º Angle 1: Hopkins vs Sullivan is a huge Arizona advantage

Played 27 snaps in the slot. That's 17 more than he's ever had in a game with Cardinals

• Hopkins played 27 snaps in the slot in his Week 7 return — 17 more than in any other game as a Cardinal. The team is scheming touches and opportunities for Hopkins from the slot.

• Slot CB Chandon Sullivan — the Vikings' weak link defensively — likely will be attacked by Arizona's best player. And we know that Kyler Murray has no issue peppring Hopkins with targets, including 14-of-29 pass attempts in Nuk's 2022 debut. Look for the Cardinals to once again really lean on Hopkins (yes, I also like Hopkins over props) and press their biggest advantage over the Vikings, who also have

• This could spell trouble for Kirk Cousins, whose -0.21 EPA against the blitz is 6th-worst in the NFL. Put differently, if we can project an average Arizona blitz rate, 40% of Cousins' dropbacks would have an efficiency almost 50% worse than The Carolina Panthers' 2022 offense.