• Bet Matt Ryan u1.5 pass TDs vs. Jaguars (-130): Ryan is dead last in EPA per play when the defense plays a coverage where the middle of the field is open (MOFO) — which the Jags do at the NFL's sixth-highest rate.

In Week 5, we went 2-1 using QB data to bet on various types of passing props. We had success with Baker Mayfield going under 0.5 passing touchdowns (+160) and Jared Goff finishing under 237.5 passing yards (-115). Our losing bet was Teddy Bridgwater over 1.5 passing touchdowns at -105, as he had to leave the game early with a concussion. Overall, we were up 1.5 units in Week 5 and are looking to follow a similar process when betting passing props in Week 6. 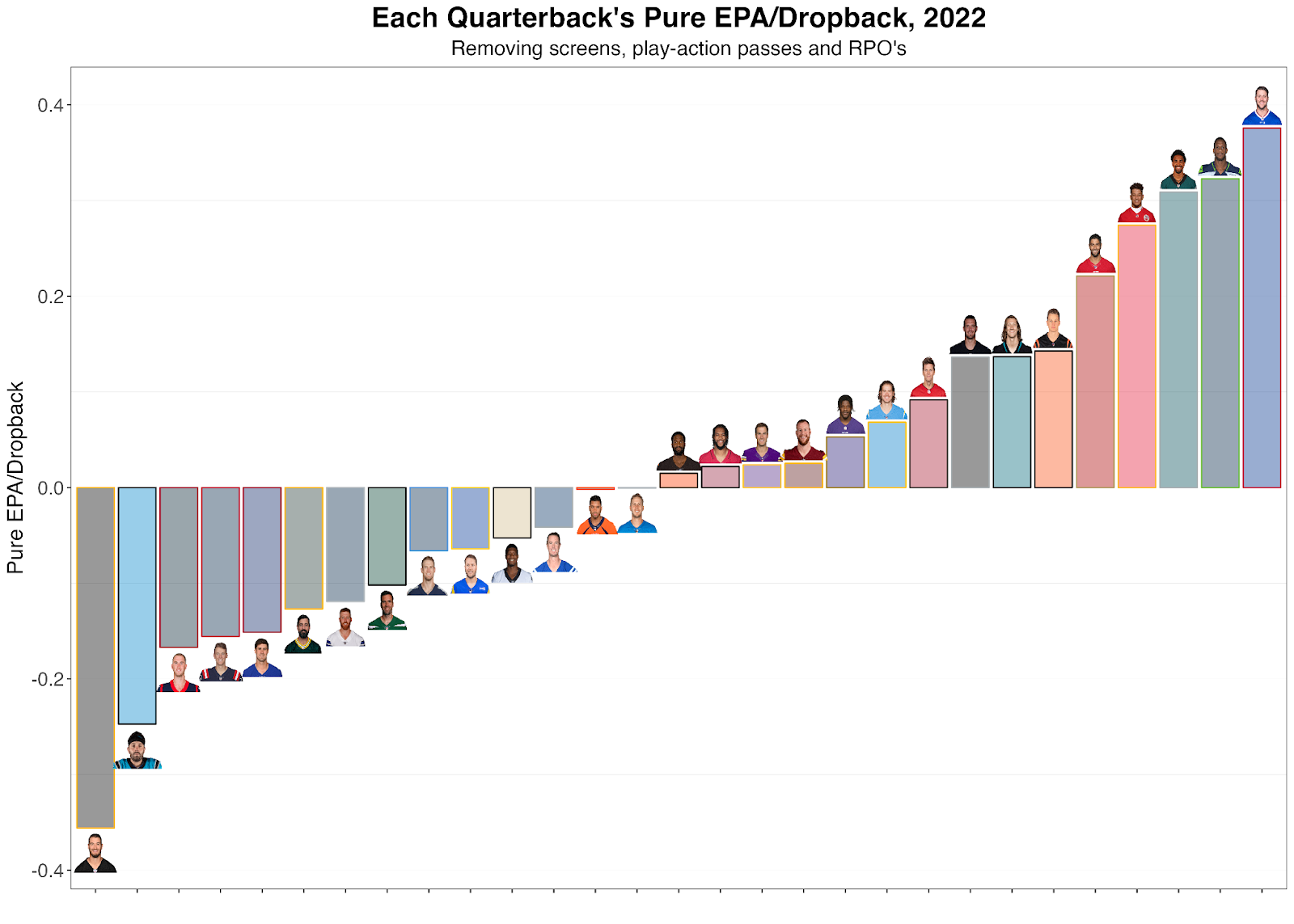 • The Bills Have the Biggest Passing Game Advantage: The Bills come into this week’s matchup with the biggest passing game advantage out of any offense vs. defense. Buffalo ranks first in EPA per pass, while the Chiefs rank 19th in EPA allowed per pass, creating an advantageous matchup for Josh Allen.

• Buffalo Passes Often: Buffalo has a 66.5% early-down pass rate in neutral situations, which leads the NFL. We could expect this to be even higher this week, when the Bills face a shaky pass defense and need to keep up with Patrick Mahomes and the Chiefs offense. 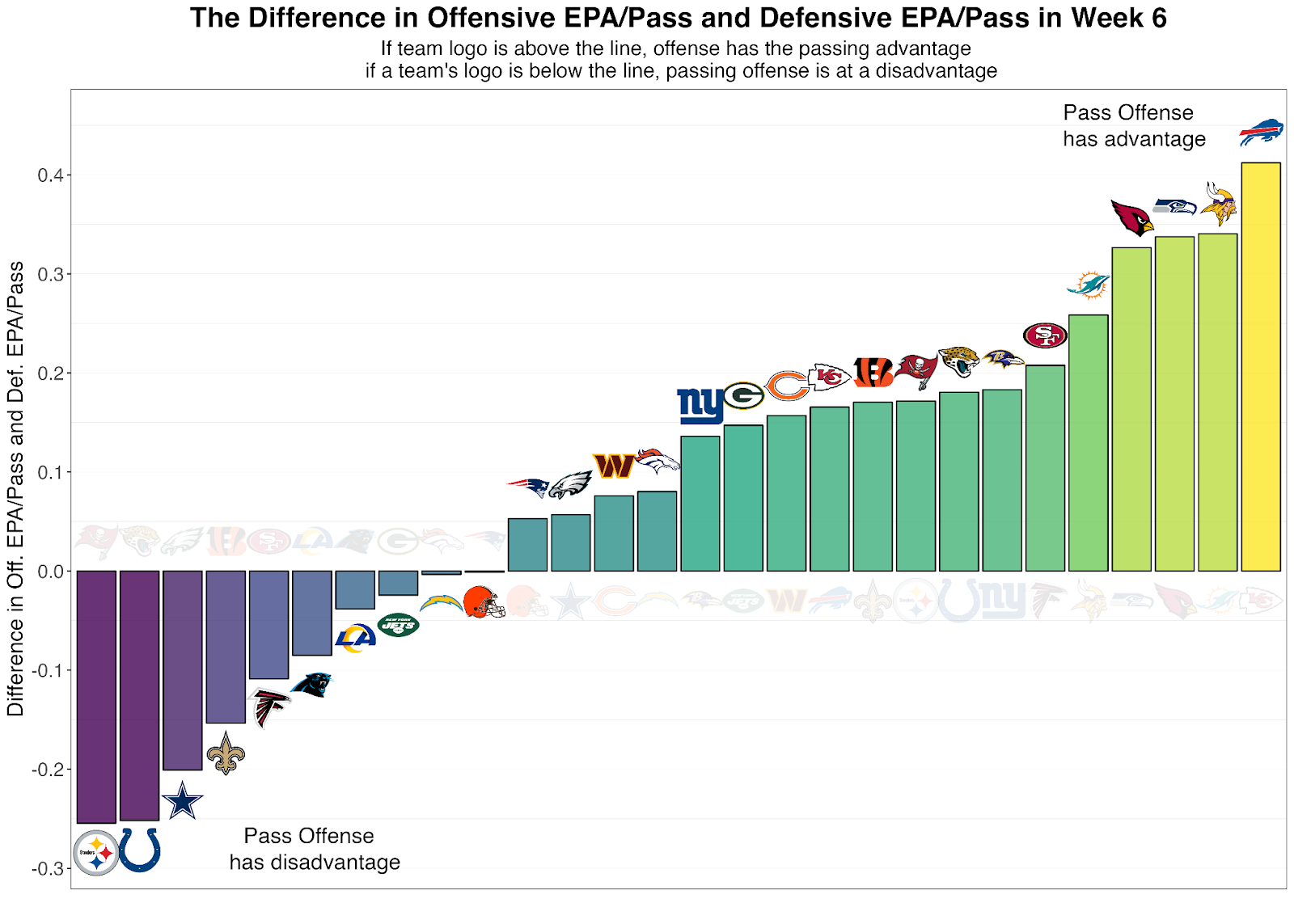 • Falcons Pass Offense at Disadvantage: The San Francisco 49ers defense ranks 1st in EPA/pass against while the Atlanta Falcons offense ranks 13th. The 49ers offense has stifled quarterbacks the entire year and could do so again on Sunday.

• Mariota Usually Goes Under: Marcus Mariota has only had one game the entire season where he has gone over 17.5 completions. His median number of completions has been 14 this season. 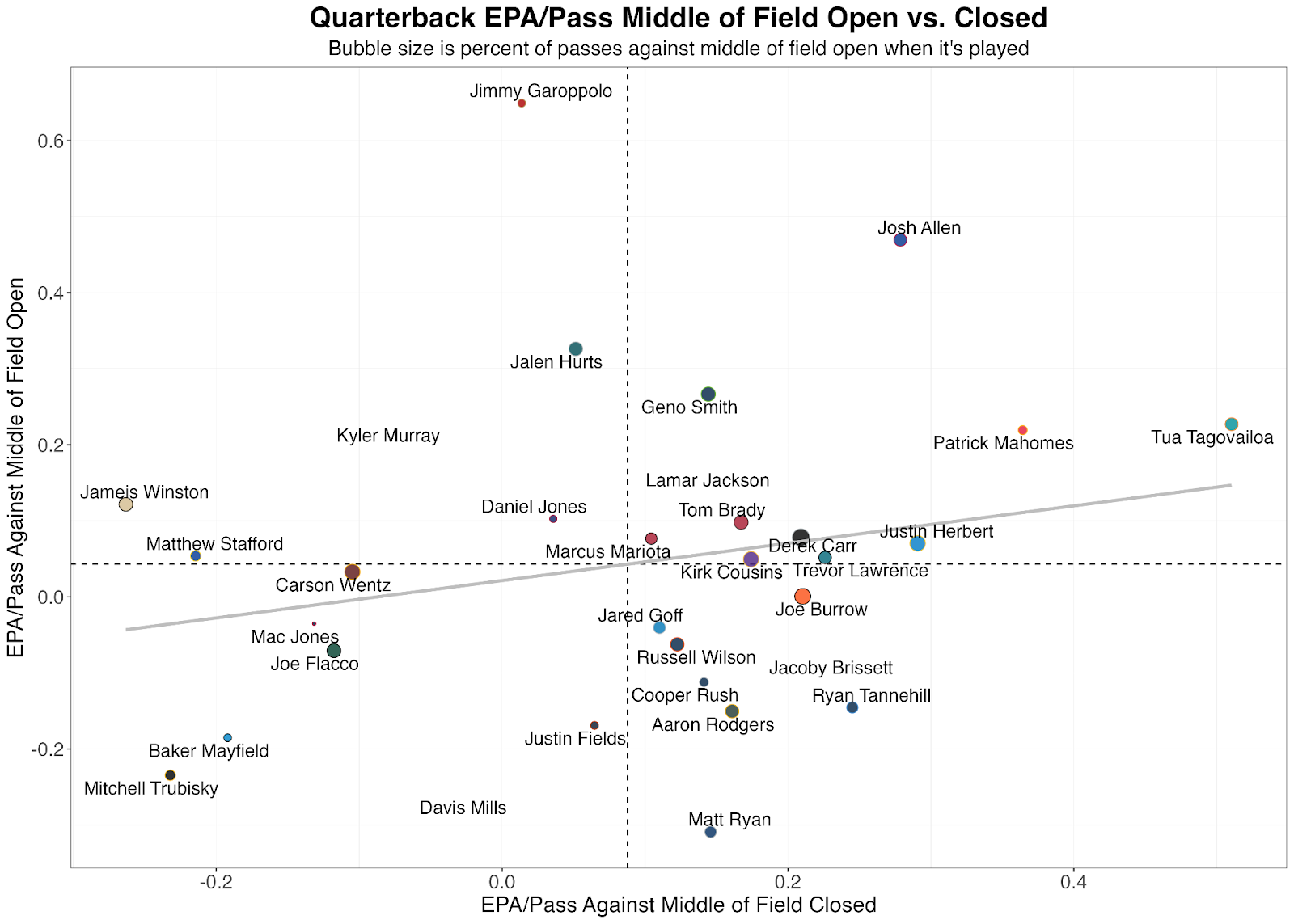 • The Jaguars are a Bad Matchup: In the 2022 season, Colts quarterback Matt Ryan ranks dead-last in Expected Points Added (EPA) per play when the defense plays a coverage where the middle of the field is open (MOFO). The Jaguars have the 6th-highest MOFO coverage in the league.