Related content for you: Week 2 Offense Rankings via Sam Monson

Before I dive straight into the PFF analytical quarterback rankings through Week 2, I’ve provided some visualizations to give proper context to how these quarterbacks performed in PFF grade and EPA per play and some important data splits that show the potential for regression moving forward. 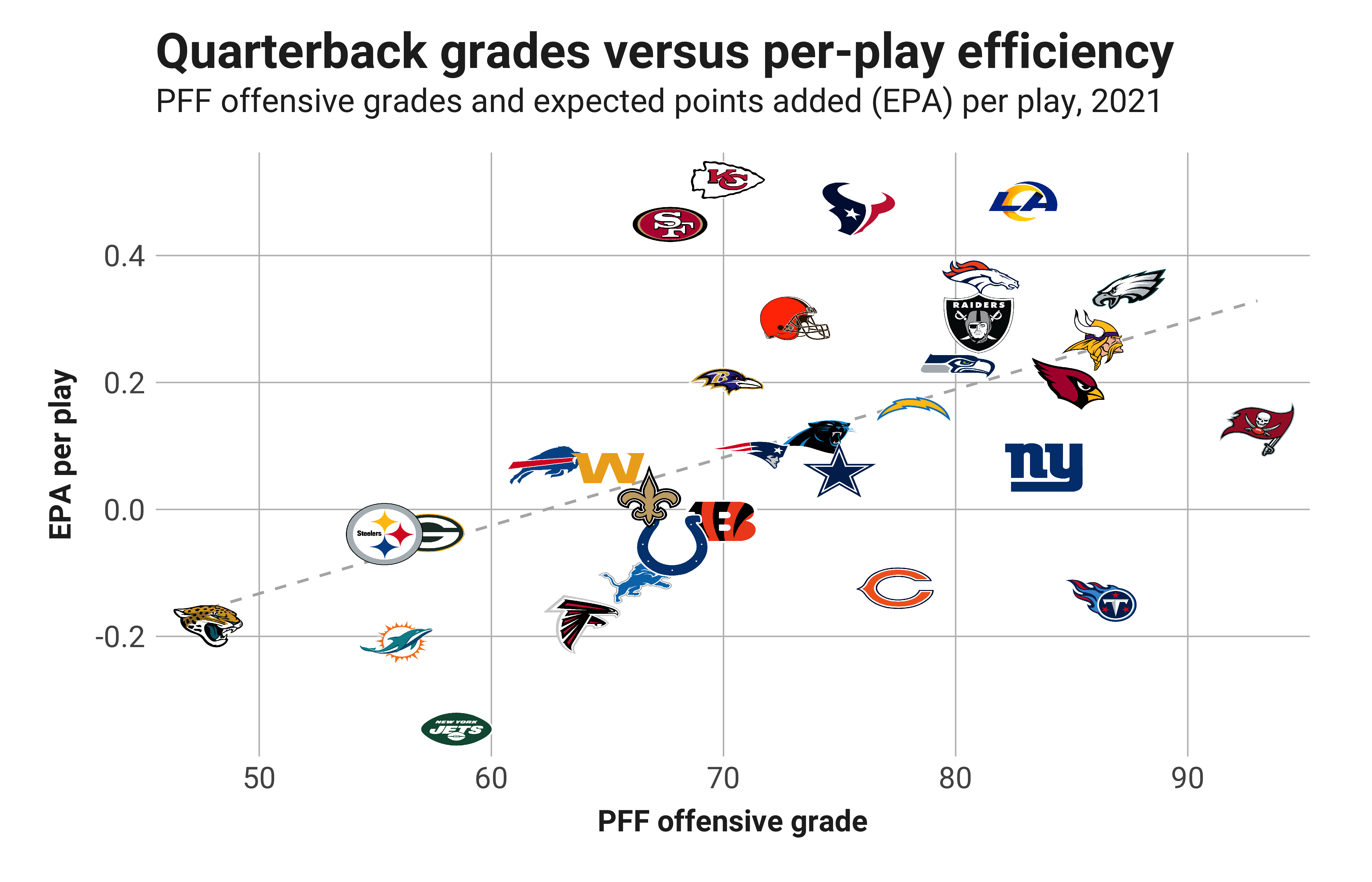 Jimmy Garoppolo has performed well enough from an efficiency standpoint to hold off Trey Lance for at least another week. However, his grading hasn’t been very strong. Patrick Mahomes has had a similar 2021, with the league’s best EPA per play but only a middling PFF grade.

Tom Brady is on the other side of the spectrum, with an outstanding PFF grade and a handful of big negative plays holding down his efficiency.