Before I dive straight into the PFF analytical quarterback rankings through Week 1, I’ve provided some visualizations to give proper context to how these quarterbacks performed in PFF grade and EPA per play and some important data splits that show the potential for regression moving forward. 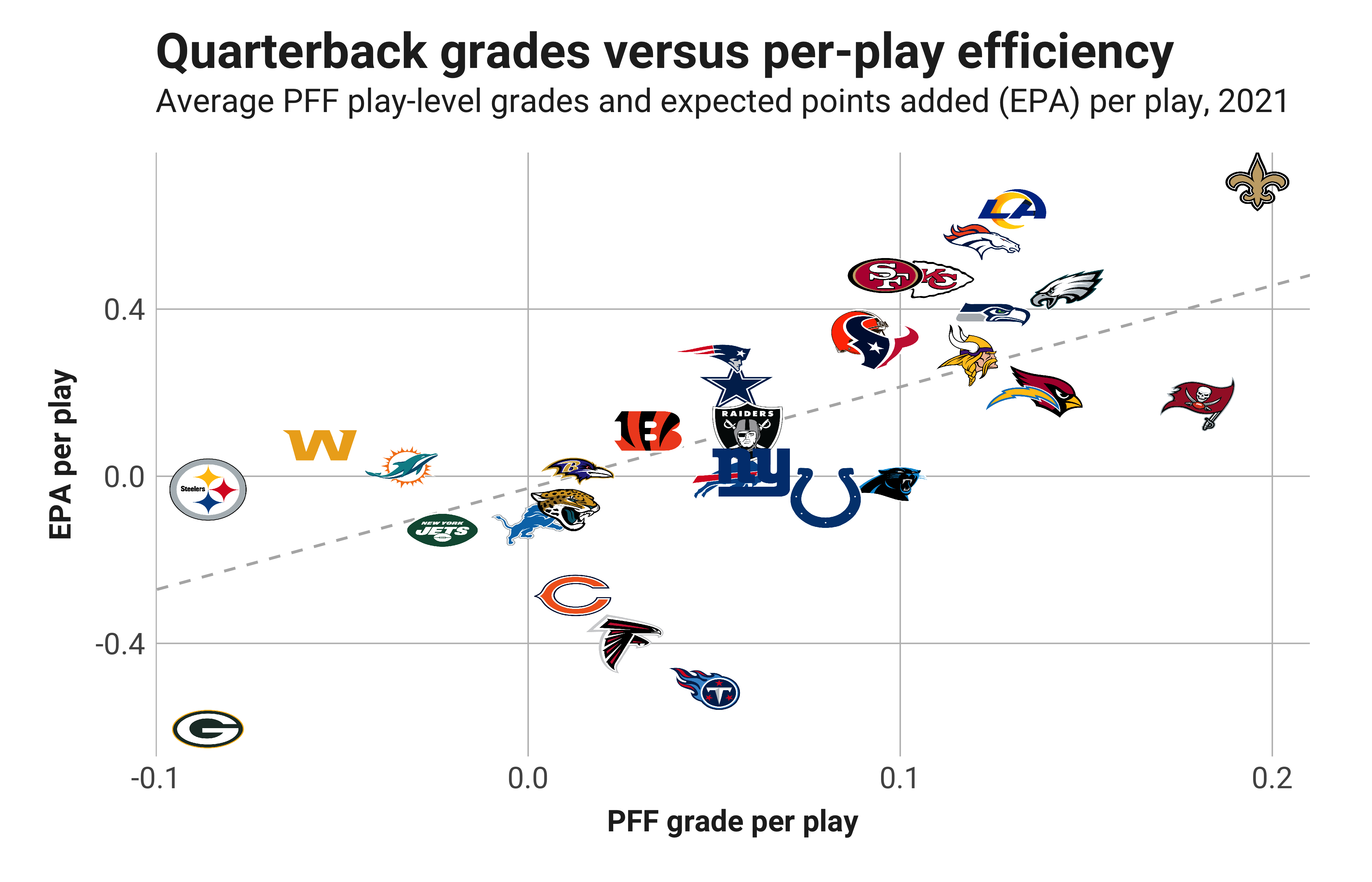 We see that Jameis Winston led all NFL quarterbacks in both measures in Week 1. His EPA efficiency was much higher versus his grading than you’d expect by his historical trend line, and Tom Brady fell on the opposite side. Other highly productive quarterbacks in Week 1 included Matthew Stafford, Teddy Bridgewater and Jalen Hurts.

What you don’t see in this comparison is how often each quarterback was asked to make a play, which ranged from as few as 18 times to as many as 63 times. The effects of those sample size differences will become apparent in the rankings below.