It’s time for the Week 3 fantasy football waiver wire. Fantasy waivers can often make or break your season. Making the right decision on which players to add and drop is crucial, so we have you set up with a deep list of potential waiver wire adds for Week 3.

Josh Allen, BUF (5-10%) — If you lost Big Ben or Drew Brees this week and Allen is still out there, go get him. He isn't the best passing quarterback option, but Allen adds fantasy value with his legs.

Devin Singletary, BUF (15-30%) — Frank Gore is still the lead back in Buffalo, but Singletary continues to flash upside. It's only a matter of time before he takes over.

Raheem Mostert, SF (15-30%) — It wasn't Matt Breida, but rather Mostert who led the 49ers backfield in snaps last week. That makes him a quality add in Week 3, but keep in mind that Tevin Coleman could be back as early as next week.

Marquise Brown, BAL (25-50%) — The speedy rookie is still available in 26.1% of leagues. He's the top add of the week after he caught eight balls and led the Ravens wideouts in routes run in Week 2. 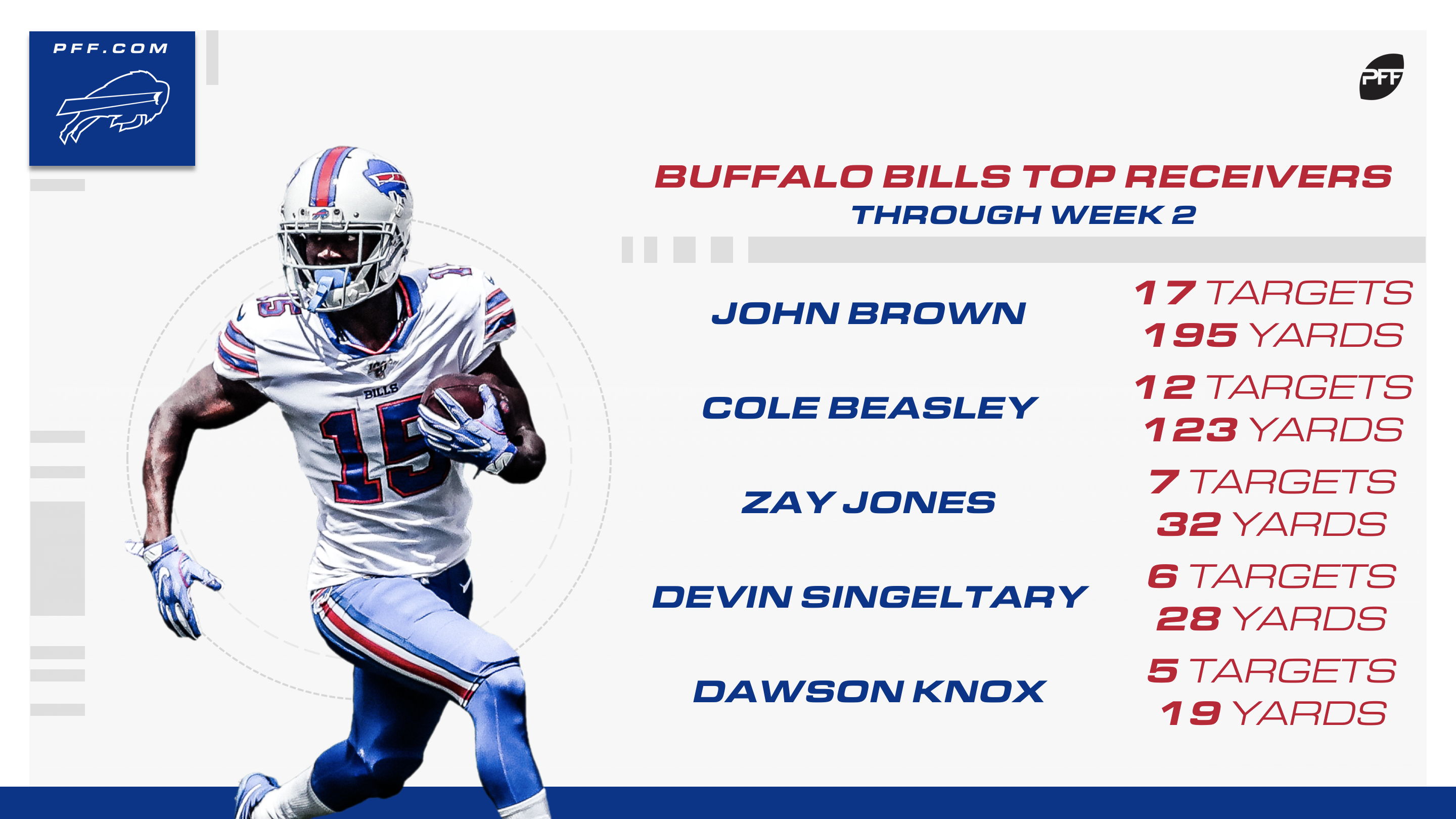 Terry McLaurin, WAS (20-40%) — Somebody has to catch the ball in Washington, and that somebody is McLaurin. Better yet, he's available in 59% of leagues.

Mark Andrews, BAL (20-40%) — Andrews has the look of this year's biggest breakout tight end, and yet he's somehow available in 28.7% of leagues.

Jimmy Garoppolo, SF (3-5%) — The 49ers offense is showing signs of life and Garoppolo is coming off a three-touchdown outing in Week 2.