Hello, and welcome to Week 4 of XFP — the Expected Fantasy Points Report. If you’re unfamiliar with expected fantasy points, I offered up an in-depth explanation earlier this offseason.

Through three weeks of action, here are the top-25 players in expected fantasy points (XFP) per game:

[Editor's Note: Full-season XFP is now available for download in spreadsheet form. We’ll be releasing it each week in our PFF Elite Facebook Group. If you’re not already an Elite subscriber I highly recommend joining.] 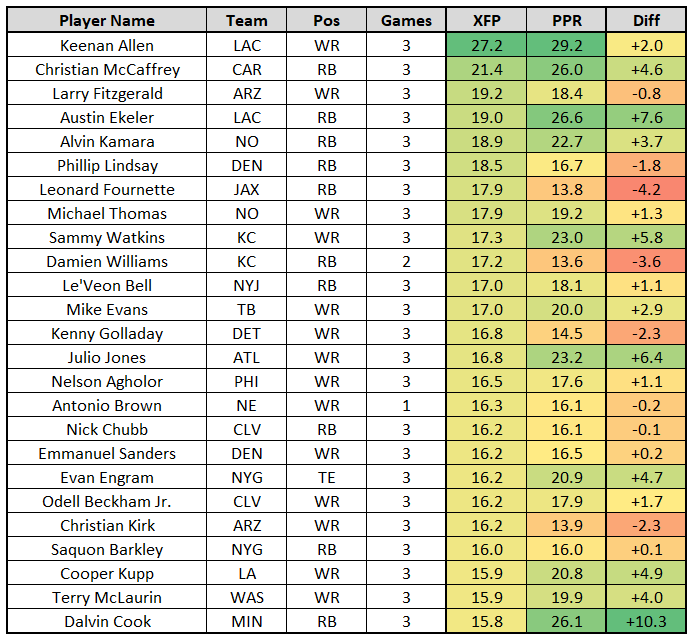