(As we head into the 2019 fantasy football season, we’re taking a trip around the league to identify the offseason moves we’d most like to see each team make for fantasy purposes. Today: the Atlanta Falcons)

Among teams that finished under .500 in 2018, the Falcons are probably the best positioned in terms of offensive skill players. Quarterback Matt Ryan just put up the 14th-best quarterback fantasy season of all time, Julio Jones is on the shortlist for best receiver in the league, Calvin Ridley had a double-digit-touchdown rookie campaign, and Austin Hooper broke out as a TE1.

The running back situation was more problematic in 2018, because Devonta Freeman got hurt and Tevin Coleman underwhelmed, but with Freeman expected healthy in 2019 and Ito Smith available as a backup (Coleman is a free agent), there isn’t immediate need for a star there as well.

No, the Falcons don’t need an offensive overhaul this offseason (the defense is another story). Our preferred fantasy moves for the team are more on the fringes. But that doesn’t mean they can’t be significant.

Three offseason moves we want to see for Atlanta

The Falcons don’t have massive cap space this offseason — seventh-lowest, according to OverTheCap. And as mentioned above, the defense needs to be the priority. So that likely takes the team out of the running for the Rodger Saffold types in this year’s free agency class. With Andy Levitre entering free agency and the team struggling to find much guard help elsewhere, Fluker — coming off his best pass-blocking season after an underwhelming career — could help bolster the line without necessarily commanding top dollar.

Freeman should be fine in 2019 — he was rumored to possibly return from IR as late as mid-December, so a full offseason of recovery should be what he needs for his injured groin. That’s the good news. The bad news is that Freeman’s decline predated his injury, particularly as a receiver. His PFF rushing grades actually climbed each year from 2014 to 2017, but his receiving grades, which started out well above average, fell to 63.8 in 2017 (they were only 48.4 in 2018, but with only two games played it’s hard to consider that a true indicator. 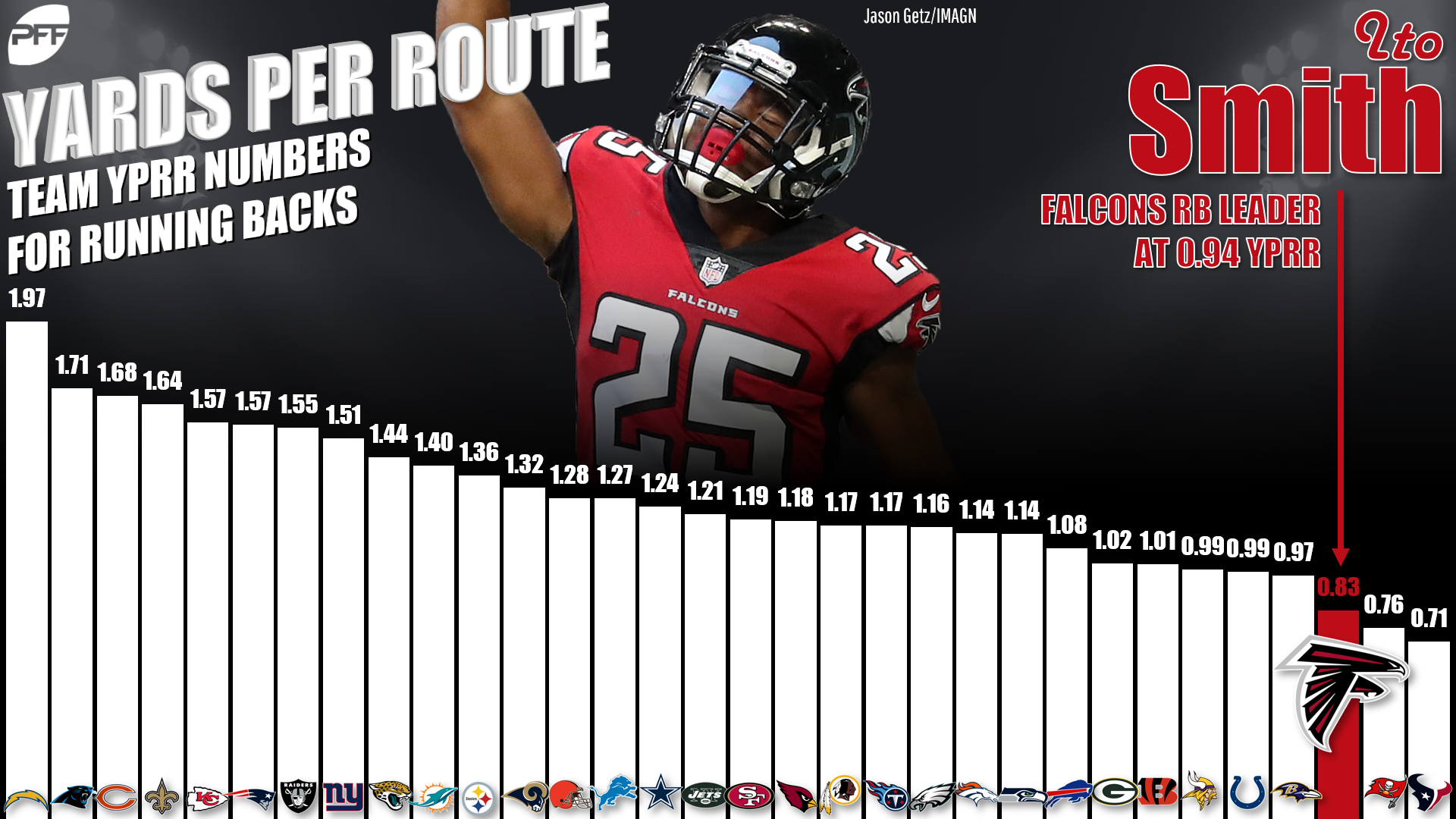 Smith was more of a receiver in college, but didn’t blow anyone away in 2018, with only 0.94 yards per route run (45th of 53 qualified running backs) and no receiving scores on 30 targets. Richard, entering restricted free agency after three years in Oakland, finished behind only Tarik Cohen among running backs in yards per route run (2.26) and is tied for 16th in RB receptions over the last three years. He could be an excellent complement to Freeman, freeing the veteran up to focus more on his ball-carrying.

Yeah, we’re diving deep for this one. The Falcons didn’t get much out of their return game after losing Andre Roberts last offseason, and the player who commanded 20 of their 21 punt returns last year, Justin Hardy, is hitting free agency. Austin, meanwhile, was an above-average punt returner for the Cowboys in the regular season before becoming the single highest-graded returner (94.2) across the league in the postseason. He’s unlikely to be expensive, can fill in at the offensive skill positions in a pinch, and adds returning abilities that the Falcons lacked in 2018.