The 7 things we learned about fantasy football in Week 6

What are some of the top things we learned for fantasy football in Week 6 of the 2018 NFL season? Fantasy football is an ever-changing game, and what we thought was a sure thing a few weeks among might not ring true anymore.

Below are seven things we learned from Week 6 of the 2018 fantasy football season.

Give Josh Gordon the green light

Gordon led New England in targets (9) and receptions (5) while getting looks from Tom Brady all over the field — in the middle, on third downs, deep shots in the endzone, etc. He’s been unleashed, and while his Week 6 stat line wasn’t huge, the usage makes him an every-week starter at this point.

Alshon Jeffery is back

Chester Rogers needs to be on your radar

Rogers has double-digit targets in three straight games. The lofty numbers can be chalked up to the fact T.Y. Hilton missed two of the games, but it’s unlikely that Rogers, who leads the team in targets over the last three games, will disappear even once Hilton returns. He’s a PPR flex option while Hilton is out and has a good chance to retain flex viability even when Hilton is healthy thanks to the fact Andrew Luck is throwing the ball 48 times a game.

Sony Michel is an RB1

Michel now has over 90 rushing yards in three straight games, including over 100 in two of those games. What’s more is that he’s averaging over 1 touchdown per game in that span with a healthy 4.7 YPC average. New England’s offense has now scored 30-plus points in three straight games with improvements still to be made. In other words, Michel will be playing with plenty of leads (high volume) and will have plenty of scoring opportunity (high touchdown potential). He’s an RB1 even though he does virtually nothing in the passing game.

Peyton Barber is still the guy in Tampa

Leading into Week 6, a lot of people wondered if Ronald Jones was going to become the primary running back in Tampa after Jones outcarried Barber 10-to-7 in their Week 4 contest. However, Tampa Bay went back to Barber in Week 6, giving him 13 carries to Jones’ 1. Barber also saw more work through the air (4 targets to 3). Barber cashed in with over 100 total yards and a touchdown, likely securing his role as the top dog in Tampa for at least a few more weeks.

Jameis Winston is an every-week starter 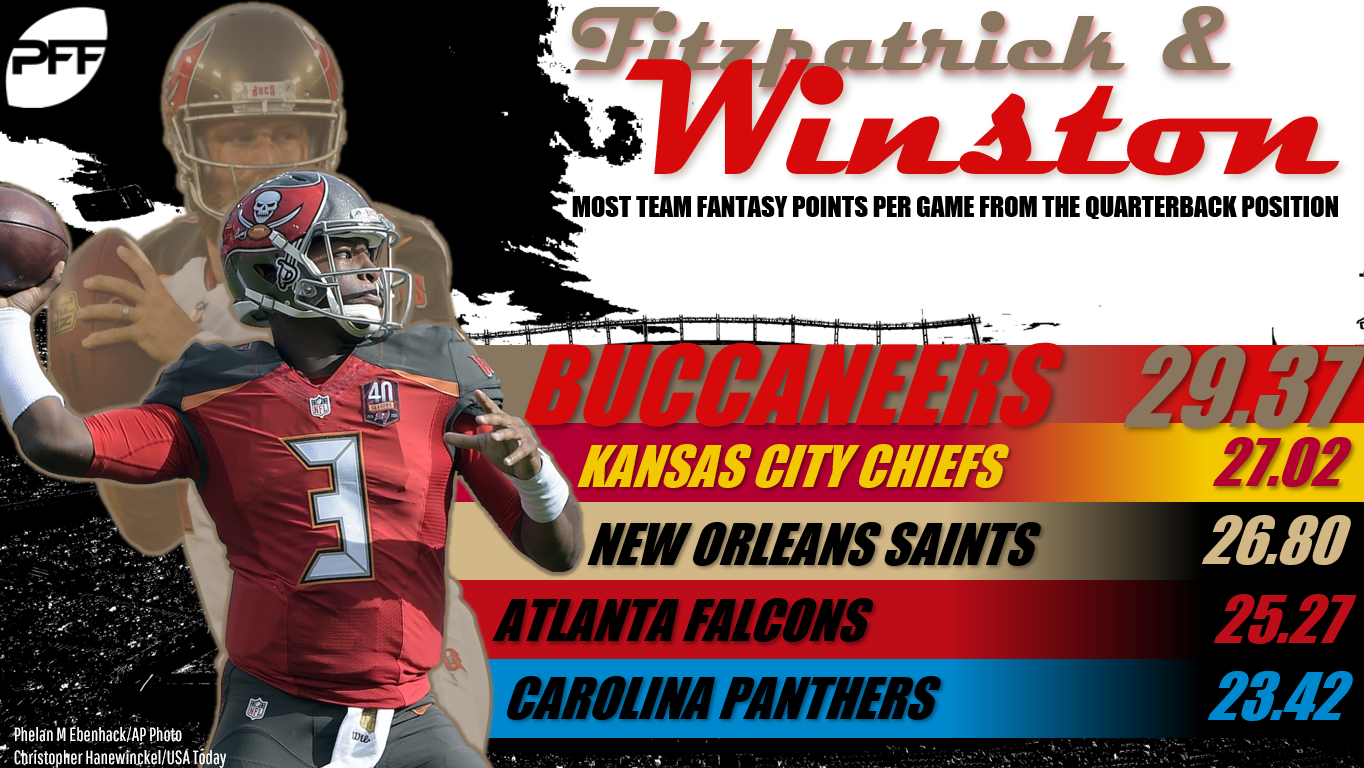 In his first start of the 2018 season, Winston posted the overall No. 1 fantasy finish among quarterbacks this week (pending Monday). He picked up where he left off, as Winston was the No. 1 fantasy quarterback over the final five games of 2017 as well. He is an every-week starter in this pass-happy offense.

Austin Hooper is moving from ‘streamer’ to ‘starter’

Hooper, who has always been a touchdown-or-bust kind of player, has now strung together two straight high-volume games, and it’s moving his needle from “streamer” into the “starter” territory. Hooper posted a line of 9-71-1 (10) this week after going 9-77-0 (11) in Week 5. Hooper had never seen double-digit targets up until Week 5, and now he’s done it in two straight games. He won’t see such high volume every week, but it does appear that he’s becoming a bigger part of this offense.