In its most boiled-down form, DFS involves the process of identifying the highest-scoring players at each position in a given week. With close to 20 playable options at the quarterback and tight end positions, along with even more at the running back and wide receiver spots, it is a feat in itself to identify one position correctly.

Week 7 brought some more hits from the blowup model. Tyler Lockett and Davante Adams were requirements for DFS success, but their salaries, prior injuries or quiet volume weeks kept them from appearing on the model. Diontae Johnson was the third-highest scoring wide receiver and showed up on the DraftKings model output. D.J. Moore and Keenan Allen also finished in the top 10 for wide receiver scoring and had quality identified chances based on our model.

There were also a couple of misses at the wide receiver position — most notably Marquez Valdes-Scantling, who has officially moved to Rodgers and my unmentionable list. Forever.

Options are consistently slim for tight ends, but of the few available options, the model identified T.J. Hockenson, who went on to have the fourth-highest scoring week at the position. Let’s continue to identify some hits as we head into Week 8. 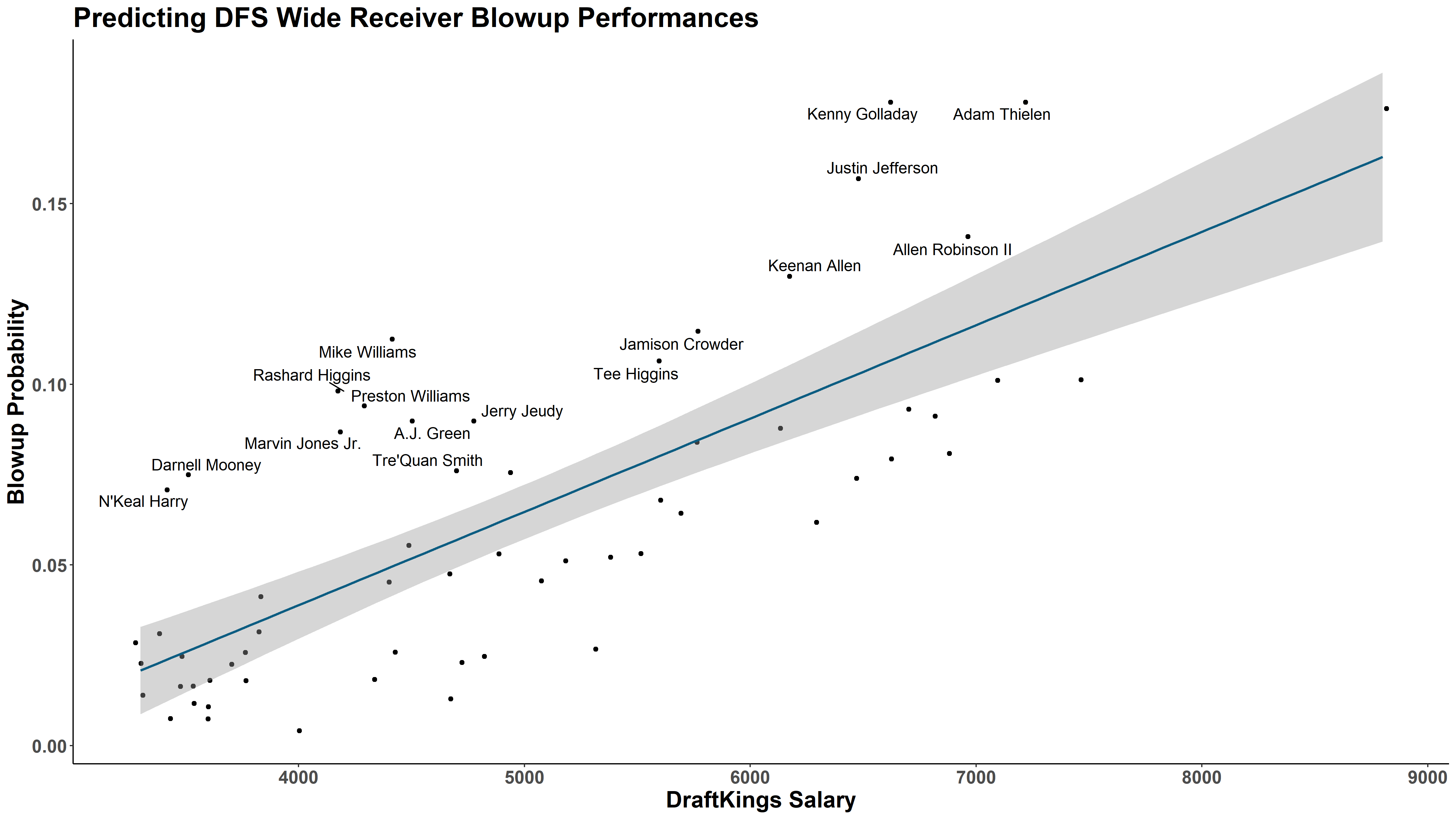 Thielen returns from a bye after posting his lowest-targeted game against a perceived poor pass defense. Justin Jefferson has emerged as a legitimate threat in the Vikings’ offense, but that hasn’t impacted Thielen’s usage. The veteran still has the third-highest team target share in 2020 and the fourth-highest air yards share. Terry McLaurin and Thielen are the only two wide receivers in the top five of both categories.

The Vikings have the 10th-highest rate of targets to a team's top two targets, which provides favorable volume given their game script setup through six weeks. The duo’s air-yard share is almost 50% — the second-highest for a tandem in the NFL.

It wouldn’t be correct to fade Thielen based on Jefferson’s emergence. The only other reason is a difficult matchup against Jaire Alexander. This didn’t slow Thielen down in Week 1; he went for 6-110-2 when lined up across from Alexander. Ownership should go elsewhere, which makes Thielen an option if the weather turns out favorable at Lambeau.