Week 6 was another quality week from the blowup model. The different sites cause some salary discrepancies, but Justin Jefferson, Will Fuller V and A.J. Brown were all plays on various sites, according to the model. Julio Jones was the only real miss, but his situation tough to project all week given his questionable tag.

Anthony Firkser was somehow the top-scoring tight end in Week 6. Although I didn’t write up a blurb, he was popping up on all three site charts as the best low-priced tight end option. At less than 1% ownership, these are the exact plays that the blowup model can help identify that lead you to the top of DFS contests. Let’s continue to identify some hits as we head into Week 7. 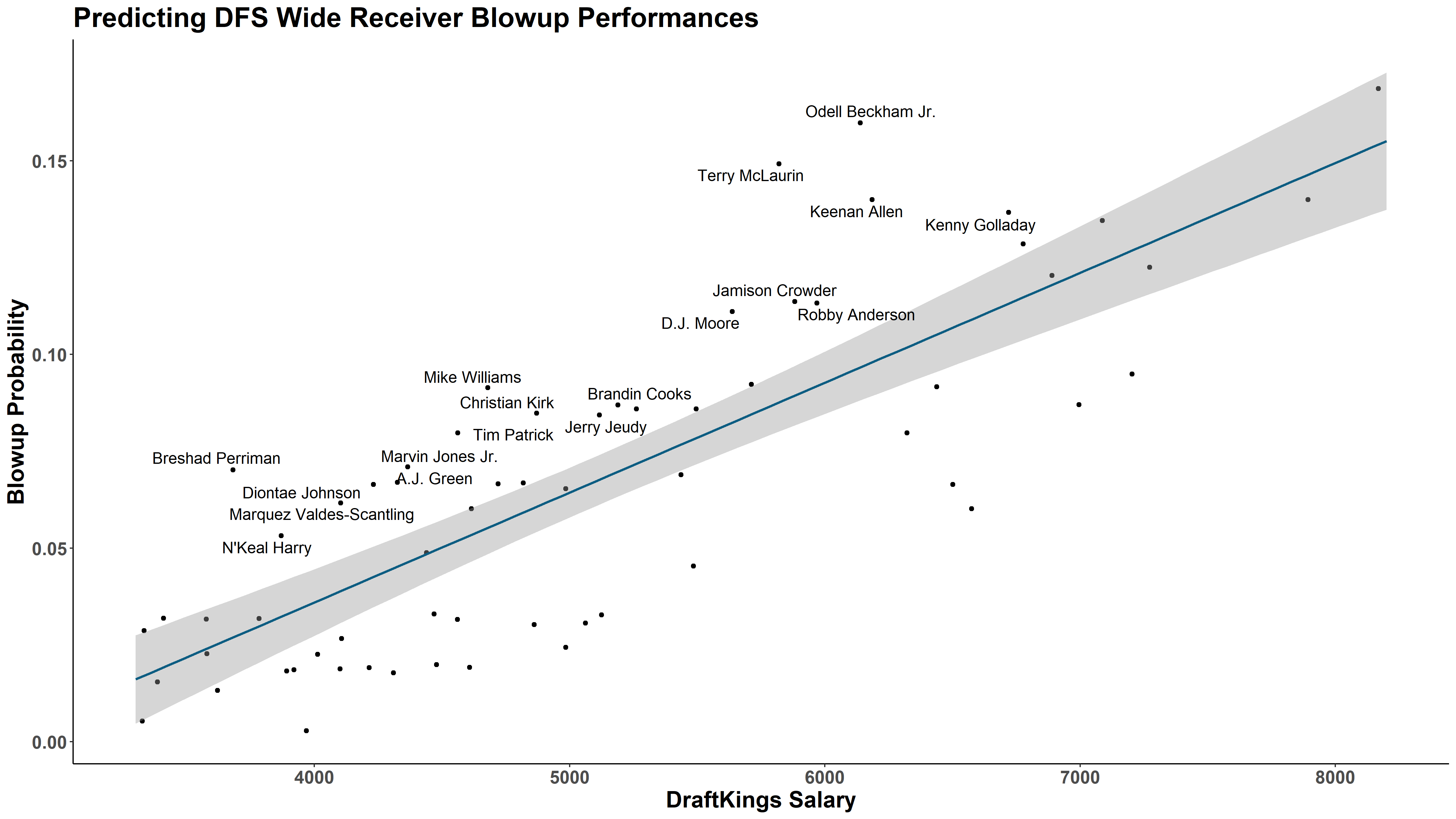 Since returning in Week 3, Golladay has seen 23% of the team targets while being targeted on 24% of his routes. He has run a route on 84% of team dropbacks, making him the clear No. 1 option in this passing offense. The real eye-opening number is his air yards market share, which sits at 33.2%. In a paced-up game with the third-highest total, Golladay will blow up if he gets close to 10 targets.