This model provides the percentage chance that each receiver will meet or exceed our fantasy-point threshold for the site, given their historical opportunity. The model won’t be right on every player, but it is useful in identifying the performances that we want to unearth in our DFS lineups.

Week 5 once again felt good from a blow-up model perspective. We missed the slate breaking performance of Chase Claypool at 1% ownership, but few saw that play coming. Brandin Cooks was our favorite model play after a disappointing performance, and he responded with the second-best wide receiver fantasy performance on the main slate. Calvin Ridley was heavily utilized but failed to score a touchdown. Tyreek Hill was one offensive holding call away from an absolutely monster day. There were a couple of misses, especially at tight end —  particularly in George Kittle. Let’s continue to identify some hits as we head into Week 6. 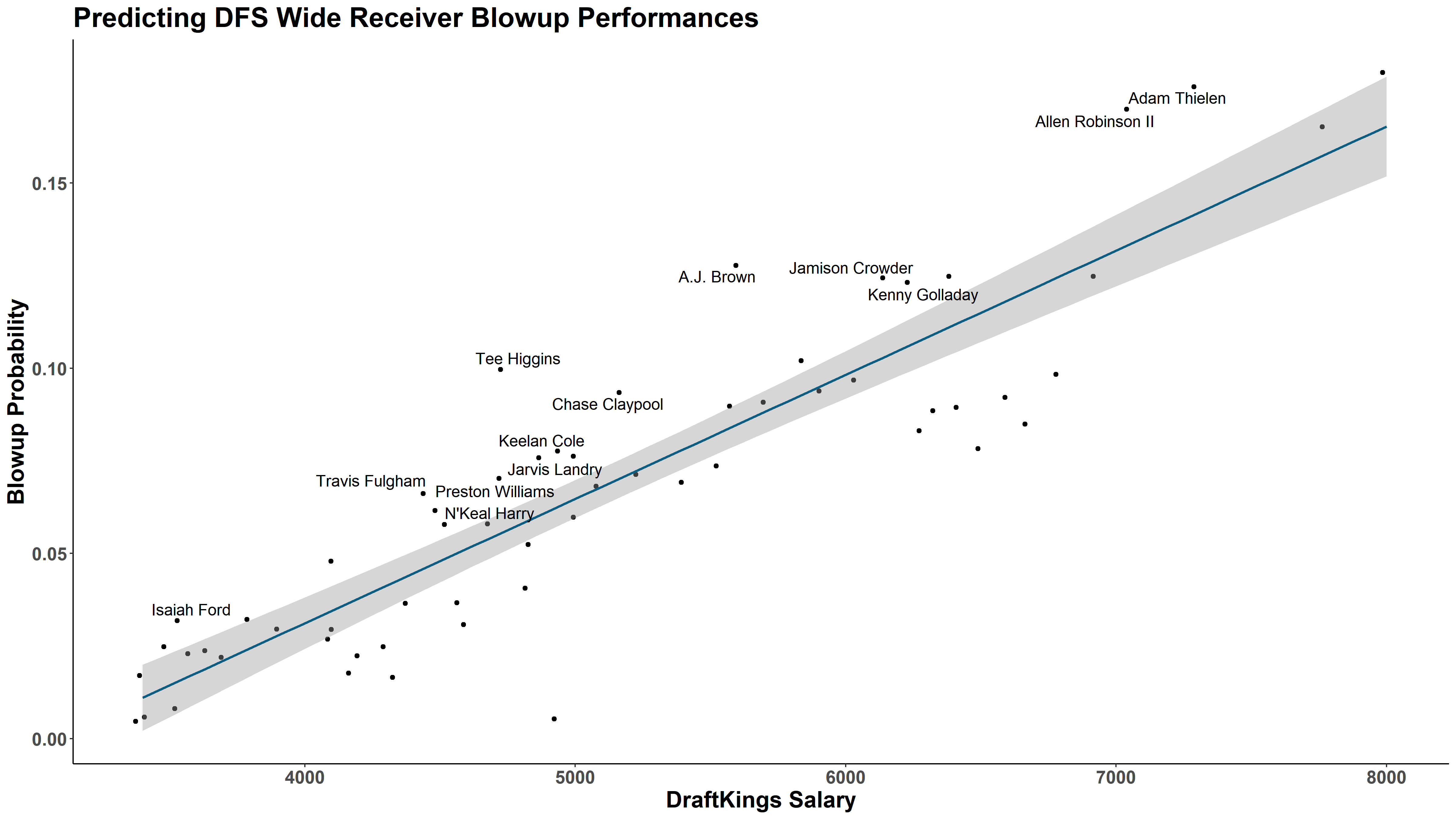 Justin Jefferson‘s emergence has lifted the production of the entire Vikings' offense. Thielen’s average depth of target has dropped off, but he has still been over a 30% target share in all games except Week 3. He has been up against or over 40% air yards share in every matchup this season. He is simply the most reliable pass-catching option in fantasy football at this time.

Thielen will enjoy the second-biggest matchup advantage in Week 6, according to our WR/CB matchup chart. He has unmatched upside yet is still projected to finish outside the top five of wide receivers in ownership on the main slate.