• Best big-name player: Aaron Jones is the most expensive player in the slate, but he could also be responsible for the vast majority of the Green Bay Packers' offensive production.

• Best mid-priced player: The Rams have been unpredictable at running back, so there is a chance Kyren Williams could be the Rams' leader on offense.

• The winning strategy: Click here to learn more about the format and the exploitable trends to use this season, including which positions provide the most leverage in the CPT spot and how DFS gamers can roster multiple and single positions in FLEX spots to gain leverage on the field.

Ahead of Monday night's bout between the Green Bay Packers and Los Angeles Rams, here are three players at different salary ranges who I believe will perform well in the DraftKings Showdown.

Jones is in a position to not only lead the Packers in carries but lead the team in receptions, too.

• The Rams have typically played well against running backs, but they'll be without star defensive lineman Aaron Donald for this one.

• Without Donald in the lineup, L.A. has allowed 195 rushing yards to running backs over the last two weeks.

• The Packers are favorites to win. So, if the game script falls as expected, it will allow them to run a lot late in the game.

• Jones has caught at least two passes a game this season and has brought in as many as nine passes in a game.

• The Packers' wide receivers aren’t well-suited to take advantage of the Rams' defense, which should mean more passes to other players.

• The Packers' top wide receivers have all been better against man defenses than zone and have also played better from the slot. The Rams have used zone defense more than any other team this season.

• Los Angeles has also allowed 1,695 yards to wide receivers lined up out wide, the third-most in the league heading into Week 15. In contrast, they’ve allowed 893 from the slot, which is the ninth-fewest. 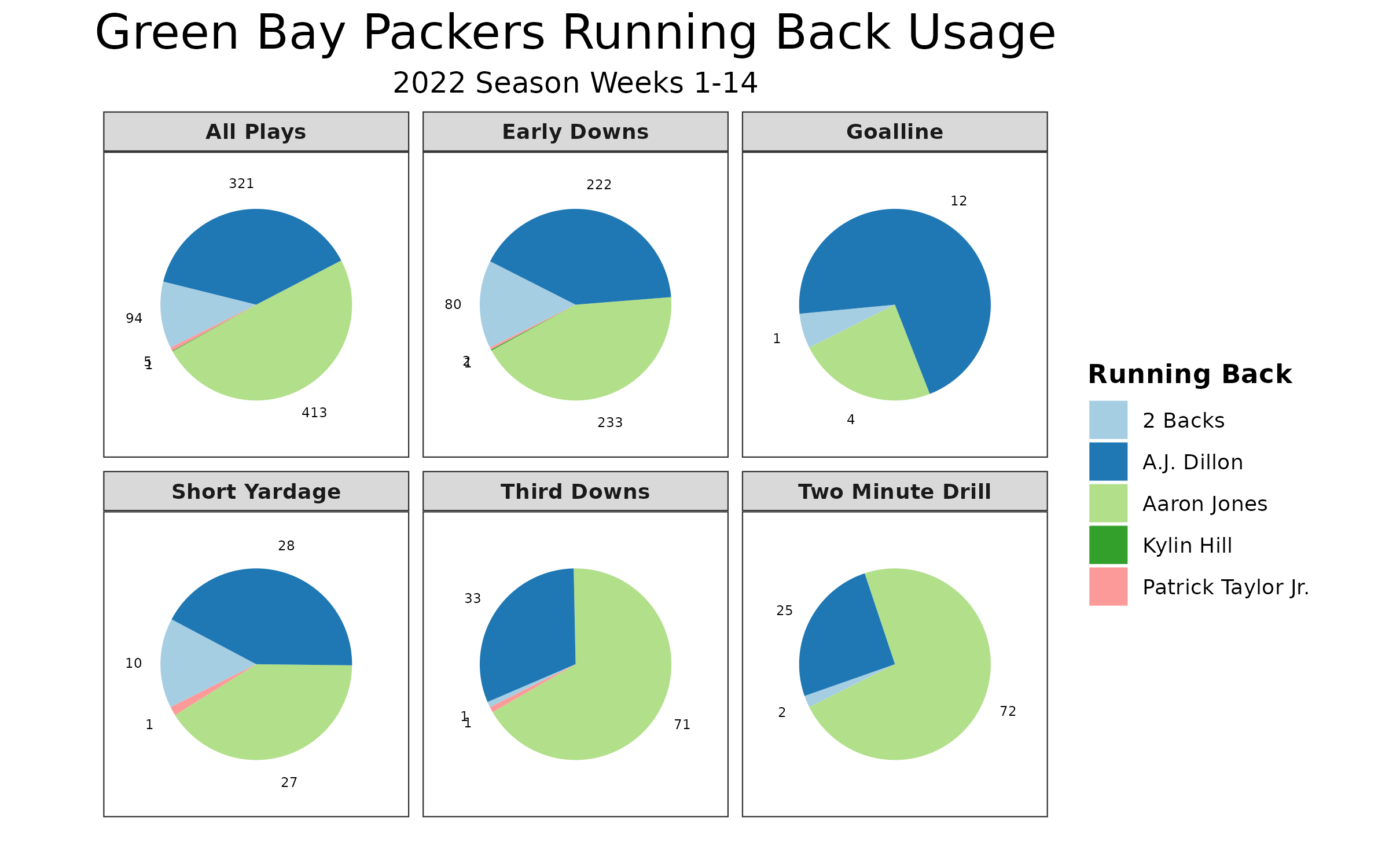